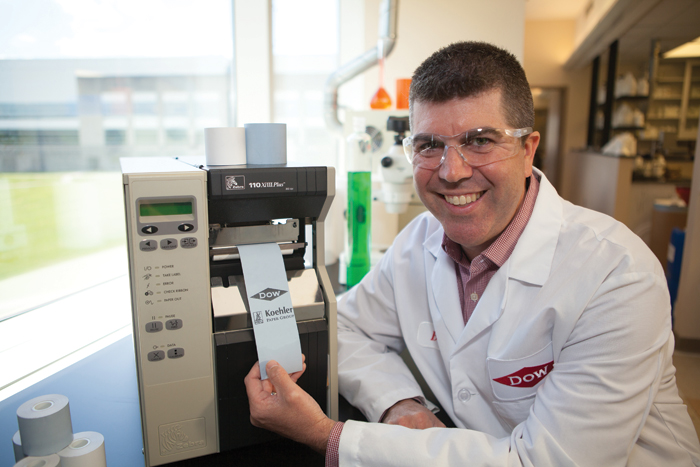 The 12 Principles of Green Chemistry are a how-to guide written 20 years ago for chemists and chemical engineers. They provide insight on developing new chemicals and chemical processes and for revitalizing existing ones so that they achieve their desired function while being environmentally and economically friendly. It’s a creative challenge to put the 12 principles into action.

Five technologies that have succeeded in meeting that creative challenge are being recognized with 2017 Green Chemistry Challenge Awards. Merck, Dow Chemical, Koehler, Amgen, Bachem, UniEnergy Technologies, and University of Pennsylvania chemistry professor Eric J. Schelter will be honored for their achievements at a ceremony held on Monday, June 12, at the National Academy of Sciences, in Washington, D.C.

As the name suggests, the Green Chemistry Challenge Awards encourage chemical companies and academic researchers to improve processes and products and recognizes their successes for developing innovative technologies with demonstrable human health and environmental benefits. These benefits include reducing toxicity of chemical products, reducing the use or generation of hazardous substances, introducing a renewable feedstock, saving water or energy, and reducing waste even if it’s not hazardous.

The awards program was established by the Environmental Protection Agency in 1995 as a competitive effort to promote chemical products and manufacturing processes that help the agency achieve federal goals set by the provisions of the Pollution Prevention Act of 1990. The program is administered by EPA’s Green Chemistry Program and is supported by partners from industry, government, academia, and other organizations, including the American Chemical Society and its Green Chemistry Institute.

“These awards showcase the importance and raise the general awareness of green chemistry, including its role in solving global sustainability challenges,” says ACS Executive Director and Chief Executive Officer Thomas Connelly, who will be on hand Monday to help present the awards. “The accomplishments being recognized clearly demonstrate that truly great science can be accompanied by significant health and environmental benefits, reductions in the use and generation of hazardous substances, and economic advantages,” Connelly adds. “These efforts result in the kinds of change that will not only reshape our economy, but also our expectations for how new products and technologies are commercialized.”

EPA has now presented 114 of the awards to scientists and companies selected from some 1,700 nominations. The work described in the award nominations must have been carried out or demonstrated in the U.S. within the preceding five years. An independent panel selected by ACS, which publishes C&EN, judges the nominations and selects the award winners.

Among this year’s winners, Merck took home the Greener Synthetic Pathways Award for developing a streamlined synthesis of the antiviral drug letermovir, which is currently in Phase III clinical trials. The new synthesis reduces the process mass intensity for making the drug, a sustainability measure of raw materials used per amount of product made, by 73% compared with the original synthesis.

Dow and Koehler jointly landed the Designing Greener Chemicals Award for a new technology that uses a polymer coating on paper to create air pockets that collapse during printing to create an image stemming from the altered refractive index of the coating. This physical process replaces chemical dyes and image developers such as bisphenol A in the production of thermal paper, which is used for printing receipts.

Amgen and Bachem teamed up to receive the Greener Reaction Conditions Award for an improved peptide manufacturing technology to make the drug etelcalcetide, a calcium inhibitor to help control activity of the thyroid gland in patients with kidney disease. The new process produces more peptide in less time while drastically cutting solvent and water use. 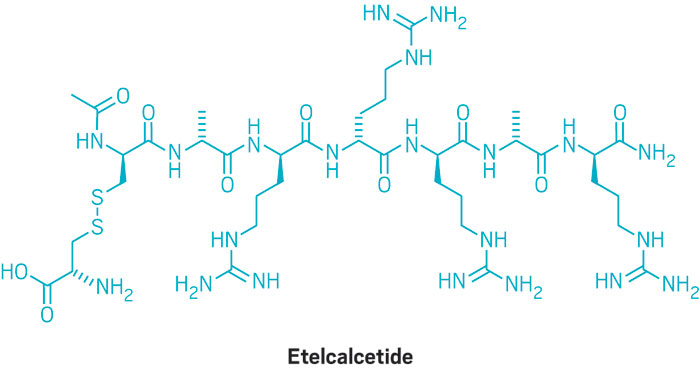 Amgen and Bachem teamed up to develop an improved peptide manufacturing technology for the thyroid medication etelcalcetide.

UniEnergy Technologies garnered the Small Business Award for its design of a vanadium-based redox flow battery for grid-scale energy storage. The new battery has double the energy density of previous flow battery technology even though it’s smaller and uses smaller amounts of chemicals. 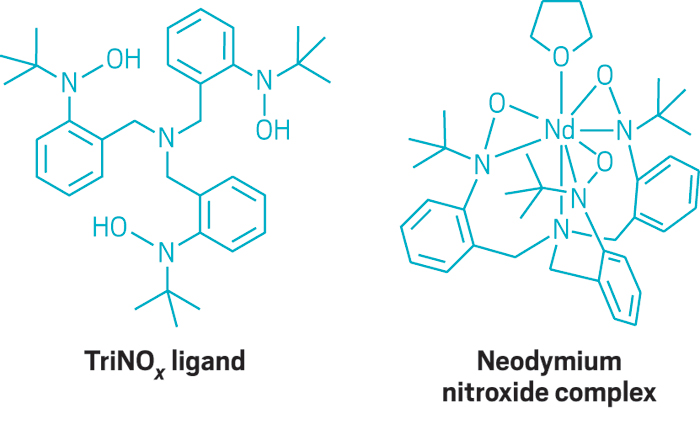 “The Green Chemistry Challenge Awards highlight the importance of sustainable chemistry and its impact across a range of disciplines,” says Princeton University’s Paul J. Chirik, a 2016 award recipient. “Striking features common among many of the winners is that green chemistry often results in an improved product or a cost savings, demonstrating that environmentally responsible science does not have to come with reduced performance or added cost.”