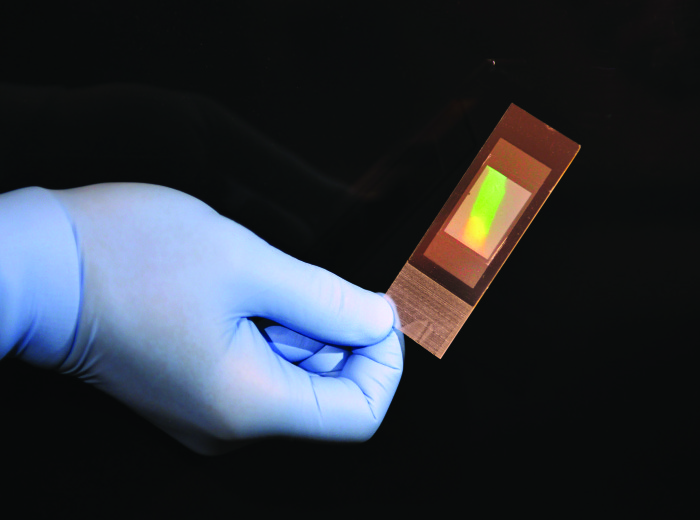 Every pregnant woman who has considered getting a prenatal genetic test is familiar with the dilemma: Amniocentesis and chorionic villus sampling (CVS) are the only available diagnostic tests that can say for sure whether a fetus has a devastating genetic disorder—but these tests are invasive, and each carries a small risk of miscarriage. Now, researchers are developing a less invasive test that collects fetal cells from a maternal blood sample using an antibody-coated chip, allowing for conclusive testing for genetic disorders with a simple blood draw (ACS Nano 2017, DOI: 10.1021/acsnano.7b03073).

In amniocentesis and CVS, doctors insert needles or catheters into the uterus to collect placental cells. These cells, called trophoblasts, share the same genome as the developing fetus. But the trophoblasts don’t remain exclusively in the uterus. “During early pregnancy, the growth of the placenta is a little like the growth of a tumor,” says Hsian-Rong Tseng of the University of California, Los Angeles. The placenta grows into and essentially invades the uterus. The end result is that some of the trophoblasts end up circulating in the maternal blood. Tseng’s team had previously developed a chip that captures tumor cells from blood samples (Acc. Chem. Res.2014, DOI: 10.1021/ar5001617) and realized they could adapt the method to capturing trophoblasts.

The researchers covered a piece of glass with a forest of nanosized poly(lactic-co-glycolic acid) pillars, which provide ample surface area for attaching the bait to capture cells of interest. To capture trophoblasts in particular, Tseng and colleagues attached an antibody that binds to a trophoblast surface protein to the nanopillars. Then, they applied blood samples obtained from six mothers carrying normal male fetuses and nine mothers carrying fetuses with genetic abnormalities, such as trisomy 21 (Down Syndrome), to the chip. The nanopillar chip captured 80% of the trophoblasts in blood samples spiked with a known trophoblast concentration, compared with 20 – 30% for a flat antibody-coated chip, says Tseng. That boost was critical, he says, with only two to six trophoblasts per 2 mL of maternal blood. The researchers still had to use 10 mL of blood to gather enough cells for genetic analysis.

To isolate the fetal cells from others stuck on the chip, the researchers tagged the trophoblasts with fluorescent antibodies and then used laser capture microdissection to collect only those cells that glowed. Using commercial microarrays, they analyzed the trophoblast genotypes, correctly identifying the sex and whether the fetus had genetic abnormalities for all 15 samples, as confirmed with amniocentesis or CVS.

“The fishing of the cells is innovative,” says Sascha Drewlo of Wayne State University, but he says the approach still needs to overcome significant hurdles before it’s ready for commercial application, including boosting the number of cells captured and lowering the amount of blood needed for analysis. Tseng is aware of these challenges, and hopes to improve his cell yield in future experiments by obtaining trophoblasts from cervical samples instead of maternal blood. “A pap smear sample can yield hundreds of trophoblasts,” says Tseng.