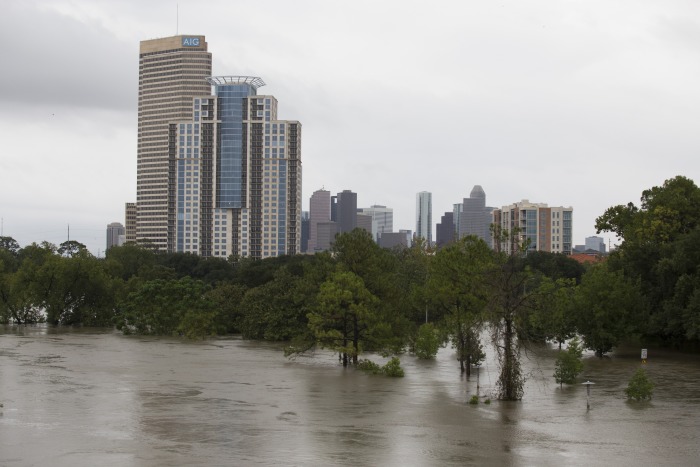 As Tropical Storm Harvey made its way back out to the Gulf of Mexico on Monday, it was still too early to evaluate what will be left behind when flood waters recede. Over the weekend, many petrochemical operators in Texas initiated shut down procedures due to expected flooding. Meanwhile, the storm’s effects on schools in the Houston area are uncertain. 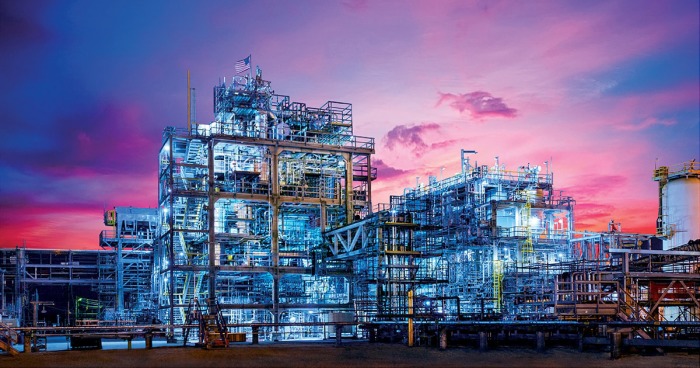 On Sunday, Harvey, which was downgraded to a tropical storm, dumped as much as 75 cm of rain to the east in Houston. Exxon Mobil began shutting down its Baytown refinery and petrochemical complex, the second largest in the nation. Another large refinery, Chevron’s Cedar Bayou complex—also in Baytown—was shut down, followed by Royal Dutch Shell’s complex in Deer Park. The U.S. Gulf supplies roughly 25% of the country’s transportation fuels. About 15% of total U.S. refining capacity has been shut down due to Harvey.

Also on Sunday, Huntsman shut down manufacturing sites in Conroe, Dayton, Chocolate Bayou, Freeport, Houston, and Port Neches, Texas. “As you know, the situation is very dynamic and can change quickly. Our primary concern at this time is for the safety and well-being of our employees, their families and our plant communities,” says Anne M. Knisely, Huntsman’s director of communications.

The Gulf region produces roughly 40% of the chlor-alkali and vinyl in the U.S., and about 60% of the country’s ethylene, polyethylene, and polypropylene, according to Kevin W. McCarthy, analyst at Vertical Research Partners, an equities research firm. In the coming weeks, supply restrictions due to shuttered facilities will likely push commodity prices upward, particularly for chlor-alkali and vinyl, McCarthy predicts.

Students and instructors are also unable to travel due to floods. Classes at the University of Houston and Texas Southern University started last week, and both institutions were closed through Wednesday, Aug. 30, according to their websites as of C&EN press time. C&EN was unable to reach chemists at either institution.

Rice University also started classes last week and as of press time was closed through Wednesday, Aug. 30. So far, the campus is relatively unscathed, at least in part because of measures the university took following flooding from Tropical Storm Allison in 2001.

“All labs were put on safe mode on Thursday afternoon or Friday morning,” chemistry department chair Matteo Pasquali tells C&EN. “Rice has back-up generators that will kick in rapidly if we lose power.”

Most biological samples are in the Bioscience Research Collaborative building, Pasquali says. The building’s systems are operating and its flood gates are “working as intended,” according to Rice’s emergency information website as of C&EN press time.

As for personal effects, “So far I know of one Chemistry colleague who had about 1 m of water in his house Sunday morning,” Pasquali says. “He and his family are safe as they live in a two-floor house, but of course they face significant disruption over the coming weeks or perhaps months. Via Facebook, I have heard that several colleagues in physics and bioengineering are also experiencing problems.”

“It’s best to say that the storm is not over,” Pasquali adds. “We hope that the worst is behind us, but the whole infrastructure is stressed out at and beyond its limits. We really don’t know how much rain will fall in the next two to three days, and what consequences it will have.”

McCarthy says infrastructure impacts will be widespread. “The prospect of this level of water has high potential to wreak havoc with utilities, rails, ports, barge access and the ability of personnel to access sites across southern Texas,” he says.

For industry, it could be a week or longer before the larger refineries resume operations. The U.S. Chemical Safety Board has issued an alert warning employees to take special precautions when restarting equipment. “Restarting a complex petrochemical process requires a higher level of attention and care than normal processing, because numerous activities are occurring simultaneously and many automatic systems are run under manual control,” the CSB noted in its alert. “Because a significant number of facilities were shut down during Hurricane Harvey, there will be a significant number of facilities restarting, which will increase the risk to safety.”

Petrochemicals
Chemical makers mostly unscathed by Hurricane Laura
Business
Chemical producers in the Carolinas and Virginia restart operations after weathering Hurricane Florence
Business
Chemical plants in the Carolinas and Virginia gird for Hurricane Florence’s fury
Share X
To send an e-mail to multiple recipients, separate e-mail addresses with a comma, semicolon, or both.
Title: Harvey stalls chemical, university activities on the Gulf Coast
Author: Melody Bomgardner & Jyllian Kemsley
Chemical & Engineering News will not share your email address with any other person or company.

Comments
Melody Bomgardner (August 29, 2017 12:14 PM)
For those of our C&EN readers who have room to host a scientist from Harvey-affected areas of Texas, please contact @MarchForSciHou on Twitter (you can use hashtag #SciHelpTX

Provide your location and type of science/scientist you can host.
Reply »

Joseph Fallon (August 31, 2017 3:21 PM)
Was at the Dow Seadrift Plant September 2016. My thoughts and prayers go out to everyone during this Harvey crisis.
Reply »