Some see effort as response to water down California effort 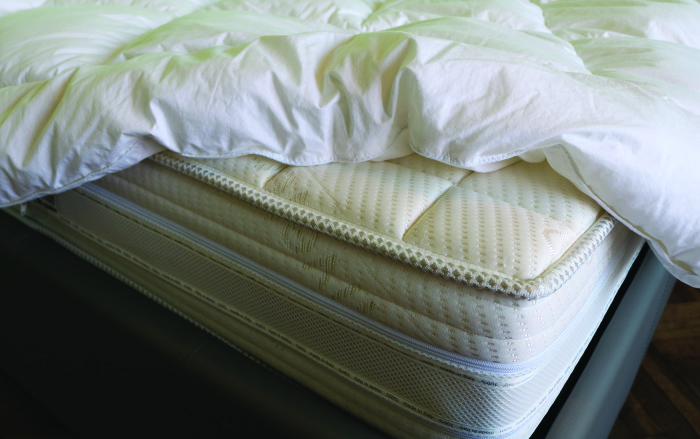 Credit: Shutterstock
Diisocyantes are raw materials for manufacturing polyurethane foams such as those used in mattresses.

The Trump Administration and a chemical industry group are forming a government-industry alliance with an intent to protect workers from exposure to diisocyanates, substances that are powerful irritants. The effort by the U.S. Occupational Safety & Health Administration (OSHA) and the American Chemistry Council (ACC), an industry trade association, would raise awareness of safe practices for use of these substances in the polyurethane industry.

However, industrial health experts warn that the alliance, announced on Sept. 14, may be a response to efforts in California to toughen safety requirements for some of these chemicals.

Isocyanates are raw materials for making polyurethane products, such as insulation, car seats, foam mattresses, shoes, and adhesives. Exposure to isocyanates can irritate the skin and mucous membranes, cause chest tightness and difficulty breathing, and lead to asthma and death.

The joint effort calls for creation of a web-based training program on the safer use of chemicals and the potential routes of exposure to users of these substances. It will develop guidance on medical surveillance and clinical evaluation techniques for employers and workers using the chemicals.

“The alliance will help ensure that employers and employees better understand the health hazards associated with these potentially hazardous chemicals and the methods to control employee exposures,” said Loren Sweatt, deputy assistant secretary of labor.

Others disagree. Several health professionals warn that creation of the alliance may be intended to blunt an effort in California to limit workers’ and consumers’ exposure to unreacted methylene diphenyl diisocyanates that could occur during normal use of spray polyurethane foam.

“OSHA is so under-resourced compared to the problems it faces, it should be doing whatever it can to incentivize private parties to do some of its work,” says Finkel, who was director of OSHA’s health standards program during the Clinton Administration. “But this alliance concept is the least useful and most frivolous way it could go.”

Finkel says there must be some measurable set of goals to demonstrate that the alliance has led or will lead to improvements in worker safety.

He suggested, for instance, a goal of a voluntary industry commitment to a worker exposure limit for diisocyanates that is lower than the current federal standard. He notes that the current standard, OSHA’s permissible exposure limit, is decades out of date.

The National Institute for Occupational Safety & Health has a permissible exposure limits for one of the most common diisocyanates compounds, toluene diisocyanate, at 0.005 ppm in air; OSHA’s is 0.02 ppm. In 1989, OSHA proposed to significantly drop this limit to 0.005 ppm, but this standard was rescinded by court order in 1992.

Neither OSHA nor the American Chemistry Council returned requests for comment by C&EN’s deadline.