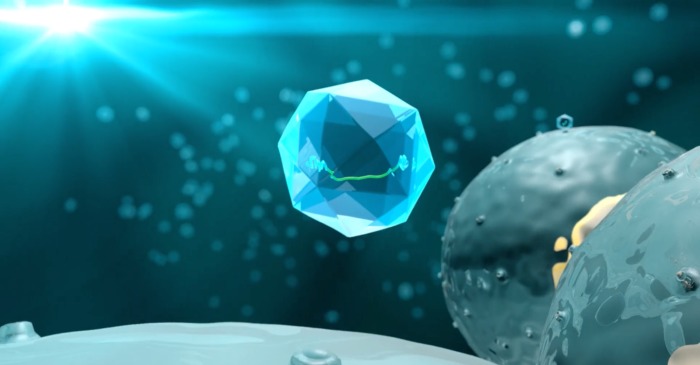 Novartis announced today that it is collaborating with Bedford, Mass.-based start-up Homology Medicines to expand its programs in gene therapy and gene editing to develop therapies for genetic blood and eye diseases.

Homology Medicines is in the business of developing adeno-associated viruses (AAVs), the mainstay delivery vehicle for gene therapy. The idea of delivering a healthy piece of DNA to compensate for a genetic disease is hardly new. Homology contends that varieties of AAV recently discovered in healthy human blood stem cells could be a game-changer, though, because of their high levels of uptake into the body compared with older versions, and their unique version of gene editing.

Normally, when an AAV enters a cell it dumps its therapeutic DNA cargo into the cell’s nucleus. The DNA floats around until it is picked up to produce a healthy protein to treat a disease. Homology claims it can also use its AAVs to do gene editing. In that case, the healthy DNA from the AAV precisely targets the mutant DNA and swaps places with it, allowing a permanent correction.

“This has a huge potential to add to our toolbox,” says Craig Mickanin, a director in the chemical biology and therapeutics group at the Novartis Institutes for Biomedical Research (NIBR).

Homology CEO Arthur Tzianabos explains that the firm’s version of gene editing is based on spindly arms, hundreds of nucleotides long, that are complementary to the surrounding stretches of DNA targeted for editing. These arms encourage the natural process of homologous recombination, in which the old, mutant DNA flips out and the new DNA pops in. Tzianabos says this technique can be used to insert a whole gene or edit a single nucleotide mutation in DNA, such as in sickle cell anemia.

Indeed, one focus of the Novartis-Homology partnership is genetic diseases affecting hemoglobin, of which sickle cell anemia is an example. Novartis has a collaboration with Intellia Therapeutics to use CRISPR gene editing to fix genetic mutations in blood stem cells. This approach requires the cells to be removed from a patient’s body, edited, and reinjected.

“We believe the next iteration of this is our in vivo approach,” Tzianabos says, explaining that Homology’s AAV therapy would be injected directly into the blood, without the complications of a bone marrow transplant. Novartis isn’t giving up on CRISPR, Mickanin adds, but the Homology approach “represents another arrow in our quiver to address these diseases.”

“It is exciting times for cell and gene therapy,” Mickanin says, noting the recent U.S. Food & Drug Administration approval of the Novartis cancer cell therapy Kymriah has “accelerated our interest in extending our leadership in cell and gene therapies.”

Novartis invested in Homology in August as part of the firm’s series B funding. Although the financial terms of the AAV collaboration weren’t disclosed, Mickanin says Novartis plans to make further investments in Homology .