CRISPR gene editing is coming to the clinic 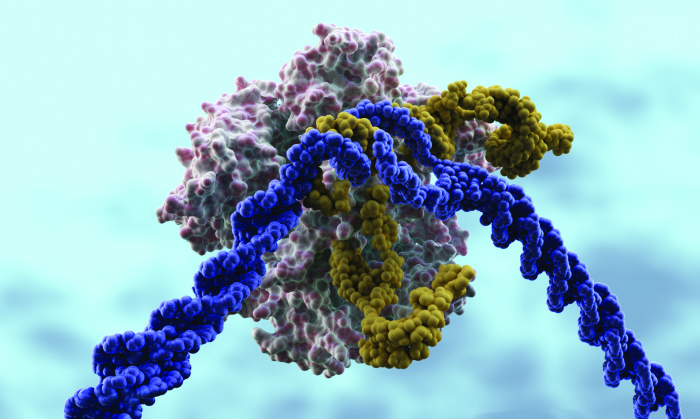 Credit: CRISPR Therapeutics
The CRISPR system uses a guide RNA (yellow) to direct the Cas9 enzyme (white) to a specific location in a cell’s DNA (blue) for cutting. 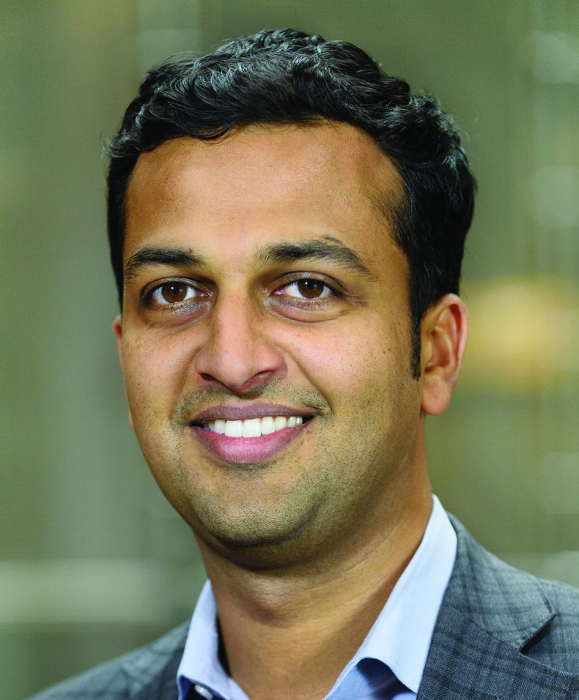 “It is a momentous occasion for both our company and the field,” says Samarth Kulkarni, CEO of Crispr Therapeutics. In early 2018, the firm will also ask the U.S. Food & Drug Administration for permission to use CTX001 to treat sickle cell disease. Vertex Pharmaceuticals today announced a 50-50 partnership with CRISPR Therapeutics to develop the drug in both beta-thalassemia and sickle cell.

Promising preclinical data presented at the American Society of Hematology (ASH) meeting in Atlanta this past weekend offered a glimpse of the strategies that Crispr Therapeutics and its many competitors are taking to treat the genetic blood diseases.

Since its conception in 2012, CRISPR has been swiftly adopted in research labs. By 2014, three biotech firms, each partly founded by one of the three inventors of CRISPR, had launched to transform the tool into a therapy. These three companies are now gearing up for their first-in-human studies, a breakneck pace for drug development.

CRISPR requires at least two basic components to edit genes: a guide RNA, which carries the code that specifies where to edit a genome, and an enzyme called Cas, which follows the guide RNA to make a cut in a cell’s DNA. Sometimes this cut is enough for a potential therapy. But to change the DNA or insert a new sequence, a third component, a template DNA, is required.

Both sickle cell disease and beta-thalassemia are caused by mutations in a gene that makes part of hemoglobin, the protein that carries oxygen throughout the blood. In sickle cell, the mutation causes normally donut-shaped red blood cells to warp into a crescent shape; the cells get stuck inside blood vessels, depriving tissues of oxygen. Beta-thalassemia is caused by mutations that prevent the production of fully functional hemoglobin, which for some people can cause severe anemia.

Instead of trying to fix the faulty DNA, Crispr Therapeutics and other companies are using the technology to reactivate a kind of hemoglobin found in infants. Everyone is born with high levels of a protein called fetal hemoglobin, which is mostly replaced with adult hemoglobin by three months of age—the same time that symptoms of sickle cell and beta-thalassemia appear. A gene called BCL11A represses the fetal hemoglobin production, but a rare genetic mutation in this gene is known to allow fetal hemoglobin production to continue.

Kulkarni says that extensive computer prediction, followed by cell and animal testing, has led them to a guide RNA in the CRISPR therapy that has no detectable off-target activity—a potential side effect in which CRISPR accidently cuts the DNA in the wrong location. Stuart Orkin, a hematologist-oncologist at the Boston Children’s Hospital, says that off-target activity is one of the biggest safety concerns for gene editing in humans.

Crispr Therapeutics isn’t the only company trying to increase fetal hemoglobin by targeting BCL11A. Intellia Therapeutics and Novartis have a partnership to do this with CRISPR. And Sangamo Therapeutics and Bioverativ are developing a similar therapy together using a different gene editing technology called zinc finger nucleases.

Meanwhile, Editas Medicine, another CRISPR company, presented an update at ASH on using its proprietary Cas enzyme, called Cpf1, to fix the mutation in the gene for adult hemoglobin. Charles Albright, chief scientific officer of Editas, says the company is simultaneously working on the fetal hemoglobin approach, but did not provide a timeline for when the sickle cell therapy would make it into clinical studies.

The hematology meeting also showcased many firms working on therapies for sickle cell and beta-thalassemia that don’t require gene editing. Bluebird Bio, a gene therapy company, has ongoing clinical trials for both conditions using a virus to deliver a healthy copy of the hemoglobin gene into cells. Drug companies are also trying to treat sickle cell with small molecule drugs. Global Blood Therapeutics’ compound voxelotor, which increases hemoglobin’s ability to bind oxygen, is in Phase II and III clinical trials currently. And Epizyme is developing an inhibitor of an enzyme called histone methyltransferase, which could be another way to release the brakes on fetal hemoglobin production.

“Everyone is working on these diseases because we know exactly what to do, and there are multiple different ways to get to the same end,” a treatment, Orkin says. “We don’t know yet which program will be the best…But the first one that is shown to be very effective and safe, could crowd out the others.”

As it prepares to launch its first trial, Crispr Therapeutics has secured a contract manufacturer in Europe which will receive patient blood cells, edit them, and then ship them back to the clinical trial sites. Patients will then undergo chemotherapy or irradiation in preparation for their edited blood stem cells to be transplanted into the bone marrow, where they will hopefully produce healthier blood cells for life.

“It is important that they do this very carefully,” Orkin says. “Because if there is a mistake or bad effect [from CRISPR], it will have repercussions beyond a single patient.”