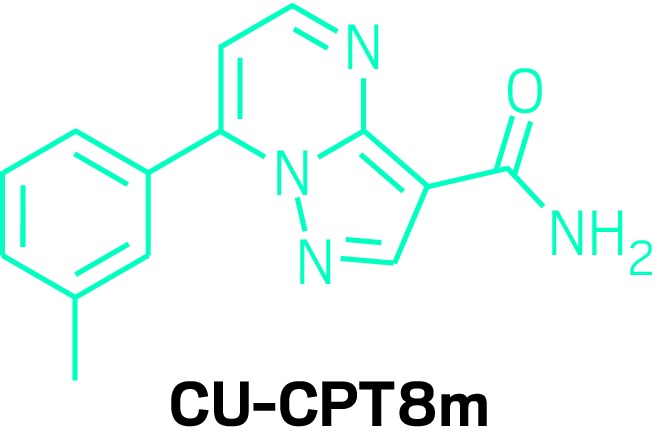 Immune cells in our bodies use toll-like receptors (TLRs) to recognize bits and pieces of invading pathogens. For example, one type of TLR, TLR8, sits in the membranes of cellular compartments called endosomes and looks for single-stranded RNA from viruses. When TLR8 binds to a piece of viral RNA, it activates an immune response to attack the invader.

Unfortunately, these receptors can get overactive and trigger inflammation when a pathogen isn’t present. As a result, TLRs are potential drug targets for inflammatory disorders and autoimmune diseases. But, so far, TLR inhibitors have been hard to find.

Now researchers report the first selective inhibitor for TLR8. The molecule blocks TLR8 in a manner not previously observed for TLR inhibitors, a mechanistic insight that could help researchers find new TLR blockers.

Hang Yin of Tsinghua University and the University of Colorado, Boulder, Toshiyuki Shimizu of the University of Tokyo, and coworkers found the molecule, CU-CPT8m, by screening a compound library for inhibitors of TLR8 signaling in human kidney cells engineered to highly express the receptor (Nat. Chem. Biol. 2017, DOI: 10.1038/nchembio.2518).

The team found that CU-CPT8m suppressed inflammatory responses in cells from patients with rheumatoid arthritis and other autoimmune and inflammatory disorders. The inhibitor was active at picomolar concentrations and showed negligible toxicity, suggesting the molecule has good therapeutic potential, the researchers say. 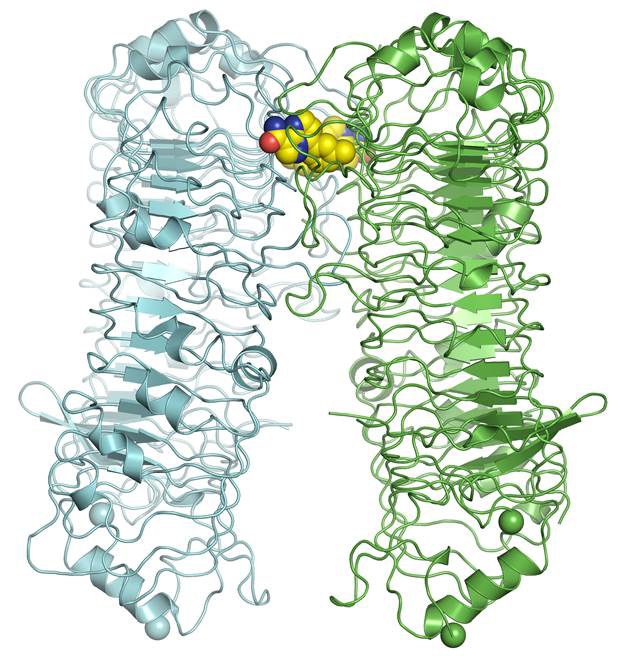 When they crystallized the inhibitor bound to TLR8, they were surprised at where CU-CPT8m ended up. TLRs must pair up, or dimerize, to initiate signaling to trigger an immune response. Scientists generally believed that the receptors start out as monomers and dimerize only after they bind a pathogen molecule. But scientists recently proposed that some TLRs may dimerize spontaneously, priming them to initiate inflammatory signaling after a pathogen molecule binds to the dimer.

Yin, Shimizu, and coworkers found that CU-CPT8m binds to a novel pocket on the protein-protein interface of a TLR8 dimer, helping to confirm the dimer-binding mechanism. “This discovery could be paradigm shifting,” Yin says, “as it demonstrates that unliganded, dimeric TLR8 is not only biologically relevant but also a new target for drug discovery, providing a potentially general approach to regulate all TLRs.”

Roman Jerala of the Slovenian National Institute of Chemistry, who works on immune-related drug design, agrees. “The main revelation of this study is that the inhibitor acts by stabilizing an inactive, primed dimeric state,” he says. “Several other TLRs may also form inactive, primed dimers that could be targeted by small molecules similar to the one in this study.”