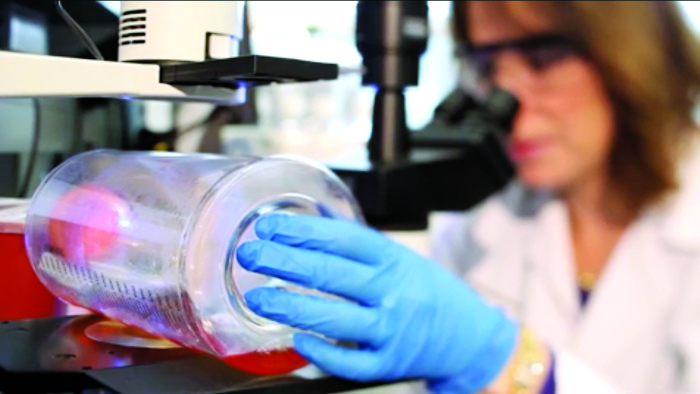 Credit: Sanofi
Sanofi is already involved in rare diseases through its Genzyme business, which conducts R&D in Framingham, Mass.

Launching what is expected to be a busy year for drug industry acquisitions, Celgene says it will acquire the CAR T-cell cancer immunotherapy company Juno Therapeutics for about $9 billion, and Sanofi has signed a deal to buy the rare blood disease company Bioverativ for nearly $11.6 billion.

Last year was a slow one for drug industry mergers and acquisitions, with only a handful of deals surpassing $1 billion. Analysts are forecasting a heavier M&A season for 2018, and that prediction looks on track so far.

The pipelines of both companies being acquired include treatments for diseases of the blood, although some of Juno’s therapies also target solid tumors.

Juno’s pipeline is entirely based on CAR T-cell immunotherapy, a gene therapy in which a cancer patient’s immune cells are removed from their body, turbocharged via genetic engineering, and reinjected to target cancer. Bioverativ’s biggest selling points are its marketed blood clotting factor replacement therapies for hemophilia, although it’s also working on gene therapies for the disease.

Early excitement about CAR-T therapies was validated last year when the U.S. Food & Drug Administration approved the first two CAR-T drugs: Kymriah from Novartis and Yescarta from Gilead Sciences. Juno, once the darling of the CAR-T field, lost its lead after a now-discontinued therapy caused brain swelling and death in five clinical trial patients.

In a conference call, Juno executives estimated that peak sales for its lead CAR-T program, JCAR017 for non-Hodgkin lymphoma, would be $3 billion per year. Like its competitors Kymriah and Yescarta, JCAR017 targets a protein called CD19 found on both cancerous and healthy B lymphocytes.

For instance, Roche’s polatuzumab vedotin and MorphoSys’s CD19 antibody are in trials for a common form of non-Hodgkin lymphoma, refractory or relapsed diffuse large B cell lymphoma (DLBCL). CAR-T therapy, with its potential for eliciting deadly immune reactions, is still a last-ditch effort, and doctors will likely try antibody therapies on people with DLBCL before resorting to CAR-T.

The second wave of CAR-T therapies is expected to target a different B-lymphocyte protein, called BCMA. In fact, Celgene has an ongoing collaboration with Bluebird Bio, a gene therapy company that is the leader in the BCMA field. Juno also has a BCMA-targeting therapy in development, giving Celgene access to data from two competing programs.

The deal also brings Celgene Juno’s early but broad pipeline of CAR-T therapies for solid tumors. Such tumors have been a challenge for a field whose biggest successes so far have been cancers in the blood. Juno has CAR-T therapies in development for mesothelioma, pediatric neuroblastoma, ovarian cancer, breast cancer, and lung cancer.

Sanofi’s purchase of Bioverativ will primarily boost its hemophilia program. Bioverativ has two marketed drugs for hemophilia A and B, along with a modest pipeline of gene therapies for hemophilia and biologics for rare blood diseases. Sanofi notes that the hemophilia market surpasses $10 billion a year, and that Bioverativ’s drugs will complement fitusiran, a silencing RNA (siRNA)-based therapy in development for hemophilia. Sanofi recently obtained global rights to fitusiran from Alnylam Pharmaceuticals.