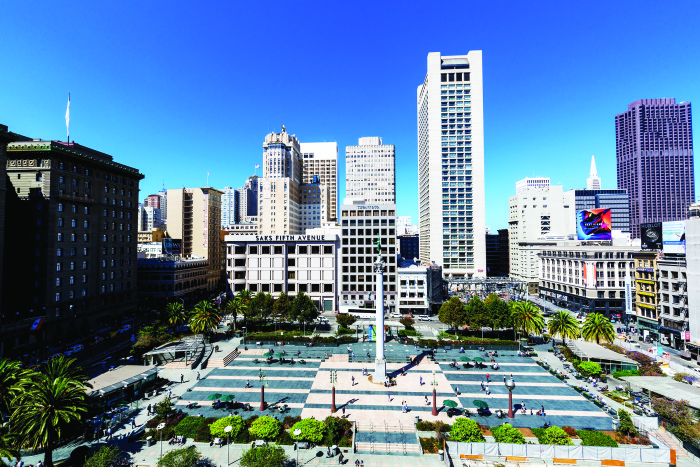 Credit: Shutterstock
Another JPMorgan Healthcare Conference in San Francisco is bringing another flurry of biotech acquisitions and investments.

In recent years, the JPMorgan Healthcare Conference in early January has been the source of a flurry of acquisition and investment announcements, and this year is no exception. Wheels were not even up on most flights carrying biopharmaceutical executives and investors to San Francisco when capital had begun flowing.

This morning Novo Nordisk proposed acquiring Ablynx, a Belgian antibody drug developer, for about $3.1 billion. Yesterday, Celgene said it planned to spend up to $7 billion in a staged acquisition of Impact Biomedicine. And in advance of the event, Takeda Pharmaceutical unveiled a deal worth roughly $625 million for TiGenix.

Novo wants Ablynx for antibodies in its development pipeline including caplacizumab, for the treatment of a rare bleeding disorder. Ablynx, however, has rejected Novo’s offer. Ablynx CEO Edwin Moses is not swayed by Novo’s promise that it will continue to invest in Ablynx and keep its R&D base in Ghent, Belgium. Novo is now going public with its offer in an effort to put pressure on Ablynx’s board of directors.

The centerpiece of the Celgene deal is fedratinib, a JAK2 inhibitor that has completed a Phase III study in people with a serious bone marrow disorder called myelofibrosis. The compound was discovered at TargeGen, which was acquired in 2010 by Sanofi, which in turn ended its development in 2013 after safety issues arose. The molecule’s inventor, former TargeGen chemist John Hood, started Impact Biomedicine in 2016 to revive the drug candidate.

Celgene, which will pay $1.1 billion up front, another $1.4 billion in regulatory milestones, and up to $4.5 billion in sales milestones, already has an approved JAK2 inhibitor in its portfolio. But stock analysts note that the TargeGen compound is better at treating the enlarged spleens of people with myelofibrosis than Celgene’s Jakafi.

Separately, Takeda announced it will buy TiGenix to add a stem cell therapy for Crohn’s disease to its pipeline. The Japanese firm also unveiled a pact with Denali Therapeutics, a neuroscience-focused biotech firm formed in 2015 by a group of former Genentech executives.

Under the pact, Takeda will pay Denali $150 million in cash and stock purchases; the biotech could get another $90 million in preclinical milestone payments. In exchange, Takeda gets an option on three drug candidates for neurodegenerative diseases based on Denali’s antibody transport vehicle technology, which allows molecules to sneak past the blood-brain barrier.

The run-up to the meeting also brought a flood of venture capital to young biotech firms. Last week, venture capitalists laid out more than $600 million in series A funding—a company’s first significant round—to biotech companies working on a range of diseases and technologies.

The lion’s share of that money went to just four companies, building on a trend for venture capitalists to put significant resources into select young firms. Bernard Munos, senior fellow at the Milken Institute’s FasterCures research advocacy center, says he’s “delighted to see capital flowing to drug R&D,” though he also cautions against the risk of breeding inefficiency.

“The large rounds are a concern because having a lot of money in the bank removes the incentive to be creative with drug development,” Munos says, noting that it could discourage biotech firms from pushing boundaries, for example, in how they design trials or collect data.

The companies funded in the past week include:

• BioNTech: $270 million to support the development of mRNA and cellular therapies, including CAR T cells. The German firm has been around since 2008, when it raised its first seed round of funding, and this large first financing round was led by Redmile group.

• Gossamer Bio: $100 million from ARCH Venture Partners and Omega Funds to in-license and develop drug candidates. Details about the biotech firm are sparse other than it will be led Faheem Hasnain and Sheila Guirathi, who previously founded Receptos, an immunology-focused firm that was acquired by Celgene in 2015. Gossamer launches with a mid-stage oral therapy that works by an undisclosed mechanism for an undisclosed patient population.

• KBP Biosciences: $76 million to allow the Chinese firm to expand globally and shift its headquarters from China to the Philadelphia area. The cash will also support the development of KBP-5074, a mineralocorticoid receptor antagonist that is poised to enter mid-stage studies for cardiovascular disease. Former Glaxo­Smith­Kline executive Brian McVeigh will lead the company, which features a medicinal chemistry platform, as it transitions to the U.S.

• Expansion Therapeutics: $55.3 million from 5AM Ventures, Kleiner Perkins, Novartis Venture Fund, Sanofi Ventures, and others to develop small molecules that target RNA. The biotech firm, which is based on discoveries made by Matthew Disney, a chemist at Scripps Research Institute Florida, will focus on treatments for a group of genetic diseases called expansion repeat disorders, which includes myotonic dystrophy type 1.

• Generation Bio: $25 million from Atlas Venture to develop titratable gene therapies that can be redosed over the life of the patient. The biotech firm is founded on technology from the labs of former National Institutes of Health scientist Robert Kotin, who discovered close-ended DNA—a nonviral way of gene transfer. Kotin is now the scientific founder and head of discovery at Generation Bio.

• NexImmune: $23 million from ArrowMark Partners, Barer & Sons Capital, and Piedmont Capital Partners. The Gaithersburg, Md.-based biotech firm is pursuing immunotherapies based on nanotechnology developed at Johns Hopkins University. While many companies are working to engineer T cells extracted from cancer patients to recognize and attack cancer cells, NexImmune uses nanoparticle-based artificial antigen presenting cells to directly engage with T-cell receptors. The goal is to imbue those T cells with a long-term memory for tumor antigens.

Comments
mukund.mehrotra (January 8, 2018 8:14 PM)
Jakafi is not a Celgene drug, it belongs to Incyte-Novartis.
Reply »