Metal-ligand complexes display a range of long-lasting colors that can be erased on demand, allowing paper to be reused 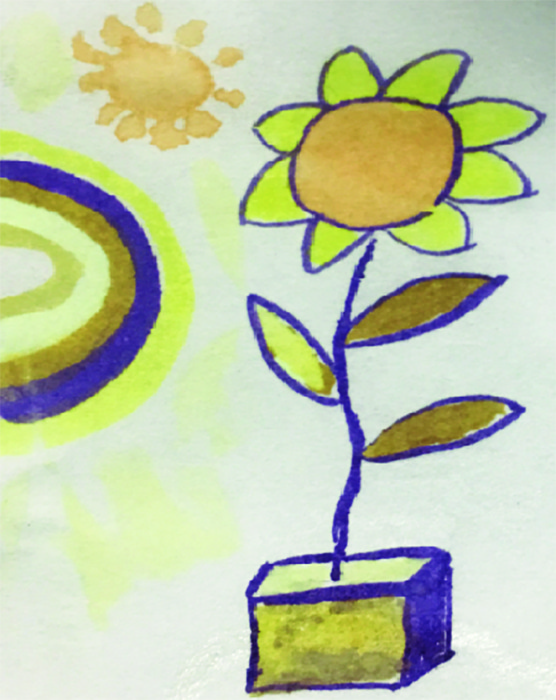 The paper industry has a significant environmental impact, from cutting down trees for raw material to consuming large amounts of energy and water to process that material. To curb that impact, chemists have been working on rewritable paper technologies that would allow people to print on a sheet of paper with special inks and then erase them to reuse the paper.

Previous technologies have involved impregnating paper with colorless dyes that are activated by water sprayed from inkjet printers; others use dyes that show up when exposed to ultraviolet light. But these systems have struggled to create multicolored images, and the printed text rarely lasts for more than a few days.

A team at Nanjing University of Posts & Telecommunications overcame these hurdles, using water-based inks and inexpensive materials to form colored metal-ligand complexes that remain stable for at least 6 months.

The ligands are terpyridine molecules, containing three nitrogen atoms that coordinate to metal ions such as iron, zinc, and cobalt. The terpyridines also carry fluorene or triphenylamine groups that tune their optical properties.

In one demonstration, the researchers coated paper with a thin film of a poly(ethylene glycol) copolymer mixed with a terpyridine molecule. Adding aqueous solutions of different metal ions to the paper—either by freehand drawing or inkjet printing—created long-lasting colored complexes that included brown, blue, yellow and green hues. “It is exciting to see that by simply varying the metal ions, a number of distinct colors can be obtained, and the color intensity remains stable for months,” says Yadong Yin at the University of California, Riverside, who also works on rewritable paper and was not involved in this research. 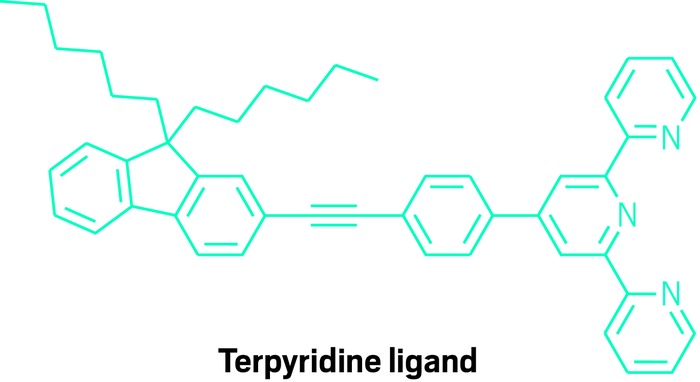 Using zinc-based inks and a different terpyridine, the team printed a barcode pattern that was only visible under UV light, and which lasted for more than one year. The resolution of these patterns was comparable to that of conventional inkjet printing, and the team suggests the method could be useful for security tags.

The rewritable paper can be erased and reused five times with no significant loss in color intensity. However, the erasure process involves washing with a solution of fluoride ions to disrupt the metal-ligand complexes, a significant drawback for commercial applications. Qiang Zhao, part of the research team, says that they are already working on more practical ways to erase the paper.

In an alternative approach that avoided the fluoride wash, the team coated paper with a colorless zinc-ligand complex that luminesced orange under UV light. Then they printed patterns with an ink of pure water, which disrupted the zinc-ligand coordination bonds and changed the luminescence to cyan. Even after the paper had dried, this UV-visible image lasted for more than 6 months, and could be erased by simply heating at 65°C for 30 minutes.

The researchers estimate that printing a page of text on their rewritable paper could cost less than one-fifth of a conventional inkjet print on fresh paper. “We are optimistic about the commercialization of rewritable paper,” says Zhao.

Comments
Warwick Raverty (January 10, 2018 7:04 PM)
No mention is made of the waste chemical products (including solvents) generated in making these ligands. In making similarly complex molecules that improve and save lives by the pharmaceutical industry it is typically 200 grams waste produced for every 1 gram product (Clark, J. H. et. al., 2017). The LCA of these ligands should be compared with the LCA of a typical sheet of printing paper before we get too excited about the environmental benefits of this 'breakthrough'. It seems to this commenter (who worked in the pulp and paper industry as an organic chemist for 30 years) that is development is a bit like the chemical equivalent of climbing Mt Everest simply 'because it is there'. No doubt an achievement for the climbers and support crew, but of negative environmental benefit.
Reply »

Stan J. (January 10, 2018 10:42 PM)
A great comment. Another aspect is that people want to use clean sheet of paper every time. So, erasable ink is irrelevant. Once you write something, the paper will not feel attractive and will end up in trash just like regular paper, effectively increasing the environmental footprint.
Reply »

Thomas (January 11, 2018 2:48 AM)
worse than that, how to remove stables and reload those papers into printers without jamming. Too much labor intensive, inline with entropy of universe will increase faster.
Reply »

Gil Garnier (January 11, 2018 3:17 AM)
Interesting but what is the point? 1) Over 95% of inks for communication papers are water based or oil-based; very little are UV-cured inks. 2) Current recycling paper processes are very efficient at removing ink. Quality newsprint and writing paper are already made at 100% recycled paper- with perfect quality. 3) In many countries, such as Australia and Brazil, trees come from plantations, contributing to carbon storage without affecting native forests. 4) Biorefineries basically transform CO2 from atmosphere into green chemicals, advanced materials and paper via photosynthesis , using tree as carbon storage source. This seems to be an academic solution to an academic problem.
Reply »

Sara S (January 11, 2018 8:58 AM)
Ok, it can be erased. How many times has a bit of paper you've been carrying around a couple weeks ended up looking so beaten up and crumpled that there's no way a finicky laser printer is going to use it without jamming? Ive tried to re-use paper printed on one side before that was from some spare data sheets given out on an exam, and my printer jammed many times. All that it's good for is to do rough scribbles. Better to just try to print only what you need and recycle the rest. I see many people too lazy to take a paper/cardboard item to a place where they can recycle it. I agree with the comments about tree plantations (managed forests) which are carbon sinks and have the undercanopy managed better so that ladder fuels are kept under control and they are less of a wildfire risk.
Reply »

Justin S (January 17, 2018 3:08 PM)
I can't really see a use for this. I mean, paper is still paper after all. I doubt you'll be carrying around the same piece of paper for a long time without something happening to it. I feel like it will be easier for people to use and recycle regular paper.
Reply »