Fishing uranium from the ocean with a spider-silk line

Artificial fiber extracts more uranium from seawater, and does it more quickly, than rival materials

The world’s oceans contain more than 4 billion metric tons of dissolved uranium, a reserve 1000 times as great as terrestrial deposits. Scientists would like to tap this almost limitless fuel supply for nuclear reactors, but uranium’s low concentration in seawater—just 3.3 parts per billion—makes it a formidable challenge to extract the valuable element.

Researchers in China hope that some new fishing gear will help to land this prize catch. Ning Wang at Hainan University and his colleagues have combined synthetic spider silk and a uranium-adsorbing protein to make strong threads with the highest uranium-uptake capacity of any fiber adsorbents tested in natural seawater. The material also works more quickly than previous systems, taking days rather than weeks to reel in its quarry (Angew. Chem. Int. Ed. 2019, DOI: 10.1002/anie.201906191).

For more than 50 years, researchers have been working on strategies to harvest dissolved uranyl ions (UO22+) from seawater. Some think that fishing for uranium will offer a cheap and environmentally friendly alternative to conventional mining; others hope to reduce the nuclear industry’s dependence on the handful of countries where uranium is currently extracted.

It’s certainly a huge chemical challenge. The ideal adsorbent should snag lots of uranyl ions in a short time and shun competing metal ions such as vanadyl (VO2+). It should be easy to strip uranyl ions from the adsorbent so that it can be reused many times, and the material must also be tough enough to withstand long-term exposure to seawater.

The best performing adsorbent developed so far is based on inexpensive polymer fibers studded with amidoxime groups that bind uranyl. A change in pH is enough to remove the metal ions. In the largest field test to date, almost 20 years ago, Japanese researchers deployed 350 kg of amidoxime-based sheets in the Pacific Ocean, recovering more than 1 kg of uranium. But these materials are slow to adsorb uranyl, typically taking 4 to 8 weeks to reach capacity. And they tend to collect just as much vanadyl as they do of the valuable target ion.

Casting around for alternatives, Wang’s team settled on a super-uranyl-binding protein (SUP) that Chuan He at the University of Chicago created in 2014. The protein is over 10,000 times as selective for uranyl as other ions in seawater (Nat. Chem. 2014, DOI: 10.1038/nchem.1856).

Even the best hook needs a strong fishing line, so Wang’s team fused the SUP with spidroin, the main protein found in spider silk. The team genetically engineered Escherichia coli to produce the chimeric protein. When injected into a buffer solution at pH 4, it self-assembles into a hydrogel fiber. The stretchy fiber is not as strong as spider silk, but it is stronger than most amidoxime-based polymers.

The researchers put their protein fiber into a hollow column and pumped seawater over it. After 3.5 days, each gram of the fiber had extracted 12.33 mg of uranium, a higher capacity than any of its amidoxime rivals. The spider-silk fishing line was also thousands of times more selective for uranyl than 13 other metal ions, including vanadyl. “The adsorption capacity and short saturation time are very impressive,” says Gary A. Gill at Pacific Northwest National Laboratory, who studies marine uranium extraction by amidoxime polymers.

To strip out the uranium, the researchers washed the loaded fiber with ethylenediaminetetraacetic acid (EDTA), a common chelating agent. The fiber retained about 90% of its original adsorption capacity after 5 rounds of fishing and washing, but this dropped below 70% of the original capacity after 10 cycles. That could pose a problem for practical use, says Spiro D. Alexandratos of Hunter College, who works on uranium-capture systems: “What is the reason for this loss in capacity? If the fiber is biodegrading in the seawater, that’s an issue.”

In principle, the protein fibers could be made into a large-scale underwater uranium fishery. Gill imagines they might be bundled and attached to a line rising from a shallow sea floor. “It would look something like a kelp forest,” Gill says.

For large-scale tests of the protein, Wang says that they would use industrial fermentation equipment to brew up the protein in their E. coli strain. But they have not yet figured out a strategy for removing uranyl from the EDTA, nor have they estimated the overall cost of a large-scale system. “For the work we conducted, the cost of manufacturing the adsorbent often contributed about half of the overall cost,” Gill says. So far, amidoximes can produce uranium for less than $300 per kg of the metal, he says—still much higher than uranium’s current spot price of $55 per kg. Beating that price will be the true test of the protein-based system. 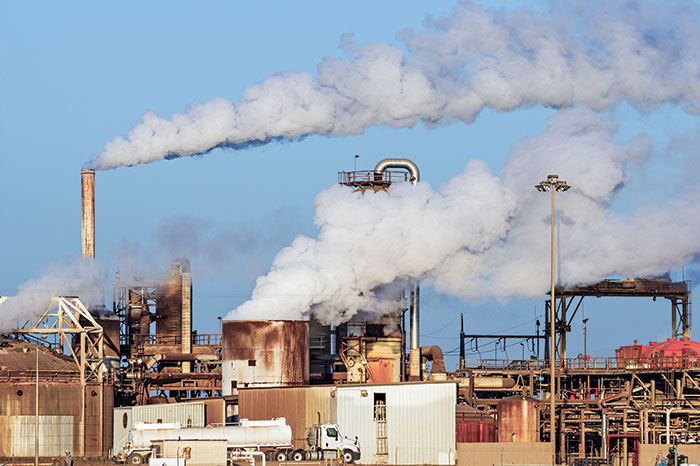 Environment
A greener way to get lithium?

Share X
To send an e-mail to multiple recipients, separate e-mail addresses with a comma, semicolon, or both.
Title: Fishing uranium from the ocean with a spider-silk line
Author: Mark Peplow, special to C&EN
Chemical & Engineering News will not share your email address with any other person or company.