Six black chemists you should know about

These inventors, educators, and unsung heroes changed lives through their work in chemistry

When transplant surgeon Clive O. Callender of Howard University was going to college in the 1950s, it was common to major in chemistry as a means to get into medical school. And Callender was no different. At Hunter College, he toiled through general and organic chemistry courses with the goal of one day becoming a medical missionary.

At the time, Callender says the achievements of black scientists were rarely celebrated. He learned about only one chemist who looked like him: George Washington Carver.

“Nothing was ever talked about that ever had to do with people of color,” he says. “Whatever role models you got, you got in your community.”

As a doctor, Callender led one of the largest pushes in the nation to improve organ-donation rates within minority groups. Looking back on his life, Callender credits the role models he had, as well as his own determination and religious beliefs, as critical in making him the leader he is today. He thinks that it is important for young students to see and learn about black ingenuity in the generations before them.

“It’s critical to learn about them,” he says, because it reinforces aspiration. “Their unreachable stars become reachable.”

In celebration of Black History Month, C&EN is profiling six black chemists who made contributions to a wide range of disciplines. This list is not comprehensive and is focused on scientists who are no longer alive. To add to the list, we want to hear from you: Who are black chemists, living or dead, whose work or life story inspires you? Comment below to send us your suggestions.

Around the turn of the 20th century, leprosy was a major public health concern in Hawaii. Alice Ball was a chemistry instructor at the College of Hawaii, which would become the University of Hawaii. She had earned a master’s degree in chemistry from the institution, looking for active components in a medicinal plant, the kava root. Ball was the first woman and first black woman to earn a chemistry degree at the university, as well as to become an instructor.

In 1916, Harry Hollmann, a doctor at Kalihi Hospital who was treating people with leprosy, asked Ball to help him determine the active ingredients in chaulmoogra, a plant that had been used with some success to treat the disease. Hollmann was looking to isolate something concentrated and injectable, and in one year, Ball had figured out how to fractionate the active oil, allowing her to solubilize it (Arch. Derm. Syphilol. 1922, DOI: 10.1001/archderm.1922.02350260097010).

Ball died suddenly, at the age of 24, possibly of accidental chlorine poisoning in a laboratory. Her work was taken up by a male scientist who tried to take credit for her discoveries. Chaulmoogra injections based on Ball’s work became a standard treatment for leprosy until the 1940s. In 2000, Hawaii Lieutenant Governor Mazie Hirono named Feb. 29 “Alice Ball Day.”

In 1965, in the years before riots over civil rights engulfed parts of Detroit, Bettye Washington Greene was putting the finishing touches on her Ph.D. in physical chemistry from Wayne State University. Her thesis focused on how particles distribute themselves in emulsions, and this research served her well. Later that year, Bettye Washington Greene became the first black woman to work for Dow Chemical.

While at Dow, she worked on developing colloids and on ways to improve latex. She published several papers related to work in developing polymers, including studying different properties that lend to the redispersement of latex.

Among Greene’s many accomplishments are several patents related to latex, including a latex-based adhesive using a carboxylic acid copolymerizing agent, and latex polymers with phosphates used as coatings. Greene died in 1995.

The cables used for telephone lines need to be protected from the sun’s rays, water, and heat, among other things. Before the 1950s, these cables had protective coatings made from either toxic lead or plastics, which, at the time, were prone to rapid degradation via oxidation.

Enter Walter Lincoln Hawkins, a chemist at Bell Laboratories and the company’s first black employee in a technical position. He and a partner developed a cable sheath made of a then-new class of thioether compounds and carbon black, combined with polyethylene. The work improved the lifespan of telecommunication cables to up to 70 years and led to the expansion of telecommunications all over the world. This sheath was one of dozens of products patented by Hawkins in his lifetime. He eventually became the director of Bell’s research laboratory and was inducted into the National Inventor’s Hall of Fame.

Hawkins believed strongly in mentoring minority students, leading a project by the American Chemical Society to promote chemistry as a subject and a profession. In 1992, President George H. W. Bush awarded him the National Medal of Technology & Innovation, in part for his work in helping rural communities establish telephone communications. He died just two months later.

In 1963, two doctors named Stevan Durovic and Andrew C. Ivy were treating cancer patients with krebiozen, a compound they called a cure for the disease.

Except that it wasn’t, and Alma Levant Hayden, then a scientist at the National Institute of Arthritis and Metabolic Diseases, showed the world why. After federal researchers coaxed the tiniest samples from the doctor and his partner, Hayden analyzed krebiozen. The results were stunning. This compound being touted as a cancer cure was nothing more than creatine, a molecule readily available in our diets.

Hayden was among the first federal scientists of color, working at what would become the National Institutes of Health and then the Food and Drug Administration. She specialized in using spectrometry to detect steroids. At a career forum for young women in 1962, Hayden told the mostly high school attendees, “Always try to do the very best and to be the very best in whatever group you are working with.” She died in 1967.

At the height of the Manhattan Project, Samuel P. Massie was trying to figure out how to turn uranium isotopes into liquids for use in a bomb. Before joining the project, he had gone to Iowa State University to get a Ph.D. in organic chemistry. He was not allowed to live on campus or work in the same labs as white students. After being denied a draft deferment, he withdrew from the Ph.D. program and took a position working on nuclear chemistry for the Manhattan Project.

Massie eventually got his Ph.D. from Iowa State University and then worked on finding new antimicrobial compounds. In 1982, he patented an antibiotic for treating gonorrhea. In his career, he also focused on education—teaching chemistry and taking an appointment at the National Science Foundation to shape science education across the nation. In 1966, President Lyndon B. Johnson chose him to teach chemistry at the US Naval Academy, making him the first black person to do so. Many years later, he chaired the department, becoming the first black person to hold that position.

Massie was always a high achiever, graduating high school at 13 and college at 18. One of his Manhattan Project contemporaries was another accomplished black scientist named Lloyd Albert Quarterman. Massie died in 2005.

When he was young, Lloyd Noel Ferguson was a literal backyard chemist, inventing a moth repellent and a spot remover in the yard behind the Oakland home where he grew up. In 1943, he became the first black person to earn a Ph.D. at the University of California, Berkeley. He worked on a defense project, creating products that might release oxygen for use in submarines.

Eventually Ferguson switched coasts, moving to Howard University to teach and lead that school’s chemistry program. As a researcher, he studied several topics, including the chemistry of taste. He was part of the team that created Howard’s chemistry doctoral program, the first at any historic black college or university. Ferguson was relentless in creating opportunities for black people interested in chemistry and biochemistry and received a Guggenheim Fellowship. He was one of the cofounders of NOBCChE, the National Organization for the Professional Advancement of Black Chemists & Chemical Engineers. The organization named an award after him that reflected his passion for bringing up the ranks of young black chemists—the Lloyd N. Ferguson Young Scientist Award for Excellence in Research. He died in 2011. 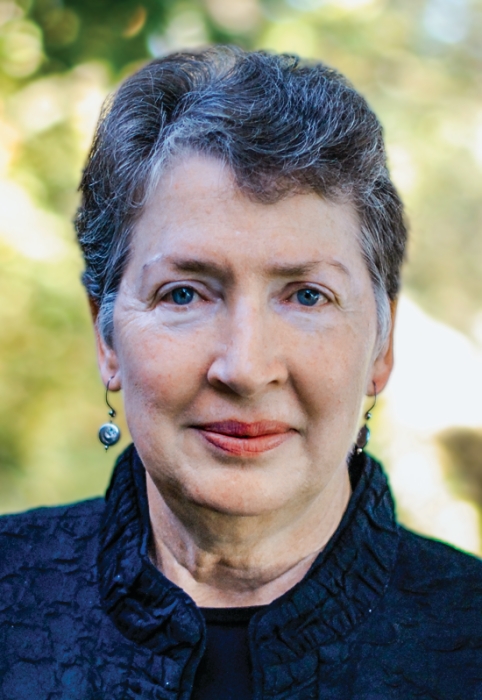 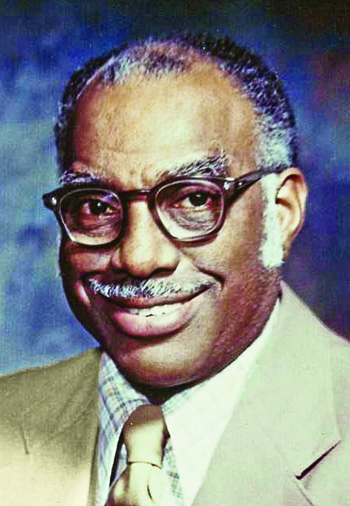 People
Lloyd N. Ferguson Sr.
People
Phil B. Bowman
Share X
To send an e-mail to multiple recipients, separate e-mail addresses with a comma, semicolon, or both.
Title: Six black chemists you should know about
Author: Megha Satyanarayana﻿
Chemical & Engineering News will not share your email address with any other person or company.