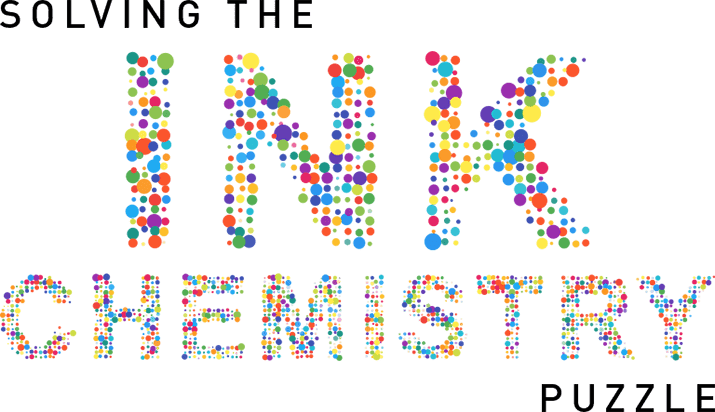 CREATING NOVEL INKS is a challenge. “It's a little bit like baking,” says Silke Courtenay at HP. “You are putting a lot of different ingredients together and, at the end, everything needs to come out looking great.”

For Courtenay and her team based in San Diego, the “baking challenge” was finding the right recipe for latex inks. Now, it appears they have. In March, HP launched the Latex-R printers, which are the first in printing latex ink with the level of versatility to equally cover rigid and flexible substrates. “Over the last 30 years, a lot of people had tried to develop latex inks,” Courtenay says. “It was just too difficult.”

Chemists at HP, however, weren't daunted and kept working at the challenge. HP's previous latex formulations printed on flexible surfaces, but the Latex-R printers have an ink that can also print on rigid surfaces, such as boards, advertising signs, and roadside signage, in addition to flexible substrates such as banners and even vehicle wraps. “Before HP's latex technology, the best options for wide-format, flatbed printing, particularly vinyl, were curable polymer UV inks,” explains Ray Work, an ink-jet printing consultant. Curable UV inks contain photoinitiators to polymerize the ink to form a solid film on rigid substrates. But, Work says, “They can be smelly and there are safety issues. So HP's new latex system is a dramatic change in capability.” 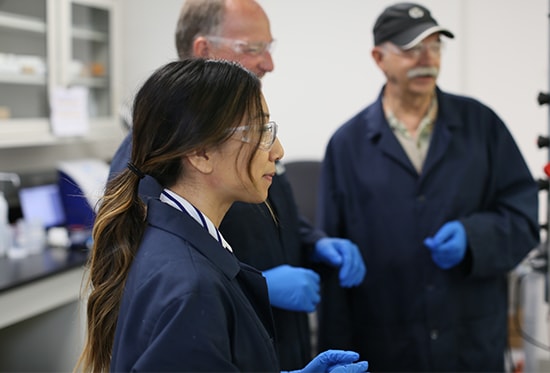 Although inks ultimately have to form a form and durable film, they must start off as a low-viscous liquid that does not clog the printer. Nonlatex printing systems use organic solvents, including alkanes, alcohols, and aromatic solvents, to accomplish this. Latex—a more environmentally friendly alternative—is based on an aqueous polymer emulsion. For correct formulation, latex provides high molecular-weight dispersions at a low viscosity. When designing a latex ink, chemists must keep the inkjet reliability in mind while also focusing on adhesion and durability, not to mention manufacturability.

Creating a formulation that prints on a variety of surfaces was a mammoth challenge for Courtenay's team of five chemists. “We looked at at least a dozen approaches to find something that would adhere to almost anything—acrylic, polystyrene, PVC, polypropylene, vinyl, and textiles,” says Mike Ingle, a polymer chemist at HP. Each of these surfaces has a different surface energy and a different porosity, so creating an ink that will adhere to all of them was not easy.

Finding this multipurpose latex formulation involved working with chemical engineers to understand how the ink interacts with the print head. In printers, the ink is fed into chambers inside the print head, where it is heated by a resistor. It boils and forms an explosive bubble, which pushes the ink out of 20-µm-diameter nozzles onto the printing substrate. Any ink residue stuck in the print head could be a problem. “The 10,000 nozzles easily get clogged if the ink is not right,” explains HP ink chemist Phillip Cagle.

The HP chemists synthesized hundreds of polymers in order to find the best balance of properties. They had to screen a large selection of materials before focusing on those that provided the best results.

But their work wasn't done in isolation. To design a successful latex printer, chemists collaborated with teams in print head design, supplies, hardware, firmware, and manufacturing. “I work with engineers and manufacturing experts in San Diego, Puerto Rico, Barcelona, and beyond,” Ingle says. Because the ink formulation often starts well before a printer has been built, the team has gotten creative in its testing. “We have modified a bagel toaster to simulate the heating process for curing latex ink,” Ingle says. The research allowed them to lower the drying temperature of the ink, which is important because it prevents rigid surfaces from warping during printing. 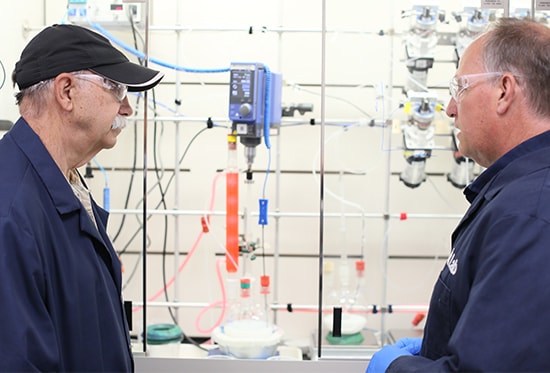 Another big challenge was developing a white ink for the Latex-R printers. HP's ink is the first latex ink that provides a glossy, ultra-opaque white. White ink is essential for many filmic and rigid surfaces. “Being able to print with white ink is crucial for these types of materials because they are often black or clear,” Courtenay says.

White pigments have always been a problem for large-scale printing because, unlike for other pigments, the particles need to be at least 0.3 µm in diameter or they become less opaque. “Titanium dioxide is the most prevalent white pigment,” Ingle says. But, he explains, at the size needed for an opaque white, the titanium dioxide particles tend to settle out of inks fast. This settling causes uneven printing and can lead to clogged nozzles.

HP experts came up with a formulation to circumvent the problem by X-raying tubes of ink to see where the white particles ended up. The images allowed them to perfect an additive that prevents the particles from packing too closely. They also added a pump in the printer that moves the ink between chambers to keep it dispersed.

Work notes that with UV-curable inks, photoinitiators often absorb blue light and make white inks look yellow. But HP's new latex ink doesn't do this. “The whiteness is stunning,” Work says. “I really wouldn't have thought it was possible.”

HP's chemists relish the challenges they face in their work because it keeps their research skills sharp. “When I started at HP, with a background in hard-core inorganic synthesis, I was really skeptical as to how much chemistry there would really be, but I quickly changed my mind,” Cagle says. “The reality is that printing needs chemical innovations.”

HP ALSO IS A CHEMICAL COMPANY

As a global powerhouse, HP thrives on advances in science and technology. In order to push the boundaries in printing and computing technologies, the company is always seeking talented chemists and chemical engineers to join its global team of over 55,000 employees. The printing division at HP seeks innovations in a range of applications, including desktop publishing, packaging, textiles, and 3D printing. To achieve breakthroughs in printing, HP hires scientists with expertise in paper, textile, inorganic, organic, polymer and environmental chemistries as well as materials scientists, chemical regulatory experts, toxicologists, chemical engineers and intellectual property chemists.

To ﬁnd out more about career opportunities for chemists and chemical engineers at HP, please go to www.hp.com/jobs.

Sponsored content is not written by and does not necessarily reﬂect the views of C&EN's editorial staff. It is authored by writers approved by the C&EN BrandLab and held to C&EN's editorial standards, with the intent of providing valuable information to C&EN readers. This sponsored content feature has been produced with funding support from Hewlett-Packard Development Company LP.