For president-elect: Luis A. Echegoyen

Member: Member of ACS since 1973; American Association for the Advancement of Science; Electrochemical Society.

Candidates will not be notified of comments left on this webpage. To contact this candidate directly, e-mail echegoyen@utep.edu.

Chemists almost unanimously agree about the centrality of their discipline among the sciences and its crucial role in providing the solutions to the grand-challenge problems, which include sustainability, health, and security. However, the biggest challenge that we face is to convince other scientists, government, and the public of this centrality and importance. If we want to be effective in convincing others about the importance of chemistry, we need specific and realistic plans to effect change. Although change is the only element of life which is constant, effecting change is difficult and requires strong leadership based on conviction and experience. Eric Hoffer, author of “The Ordeal of Change,” wrote, “In times of change, learners inherit the Earth, while the learned find themselves beautifully equipped to deal with a world that no longer exists.” I strongly believe that change is essential for advancement.

As president of ACS, I would do the following:

Promote inter- and multidisciplinary education and research. Educating the future generations to succeed in an increasingly diverse, complex, and multidisciplinary world necessitates creative approaches in the classroom and in the laboratories. Although we promote inter- and multidisciplinary education, curricular changes have been incremental at best, partly because of structural constraints and inertia. Through the Committee on Professional Training, I would evaluate curricular alternatives that best exploit our rich diversity and reflect the ways in which chemical research is conducted in industrial and academic institutions. Real changes are needed to continue to thrive intellectually if our discipline is to remain vibrant.

Advocate strongly for increases in research funding. Using my academic and industrial experience, scientific expertise, and the knowledge acquired during my years at the National Science Foundation, my top priority would be to work closely with the ACS Office of Public Affairs and Congressional Chemistry Caucus to educate and convince Congress that investing in basic chemical research is essential for the health of the U.S. innovation engine and the long-range competitiveness and prosperity of the country. Funding chemical research is not an expense, it is an investment for the country. Investments in our field have been shown to yield substantial returns, both intellectual as well as economic. My years in Washington, D.C., gave me a very broad and somewhat unique perspective that will be crucial to articulate a powerful and convincing case on behalf of our community.

Establish closer ties between industry and academic institutions. Our discipline is the only science with an associated industry that bears the same name. In order for the U.S. to retain a privileged position in worldwide science and innovation, the research and development enterprise in chemistry demands closer ties between industrial and academic sectors and requires a delicate balance between public and private funds. Industry can no longer expect that all the basic research and education of future generations be exclusively supported with public funds, nor can academic institutions plan to function as industrial centers. ACS has a key role to play in bringing these sectors closer together and helping catalyze a positive and synergistic interaction for the collective good. Intellectual property issues have to be addressed and resolved, and as president, I would make this one of my top priorities.

Increase international partnerships and collaborations. Defining the fine dynamic balance between collaboration and competition at the international level is important to set the right path for the success of the U.S. International partnerships need to start at the very early educational stages via student exchanges at all levels and extend into cooperation in fundamental and applied research addressing grand-challenge issues. ACS should encourage these interactions through the expansion of some of its existing programs in the Education Division, the Office of International Activities, and the Green Chemistry Institute and create new programs and cooperative funding mechanisms. To this end, I would strengthen and establish new partnerships with other professional societies in the U.S. and around the world.

In summary, if elected president of ACS, I would concentrate my efforts in catalyzing change at many levels, in multidisciplinary education, advocating on behalf of the profession, promoting closer university-industry ties, and enhancing international partnerships. I look forward to taking on these challenges for the benefit of our community and to convince others of the centrality and importance of our discipline. For more information, visit my website at utep.edu/science/echegoyen. 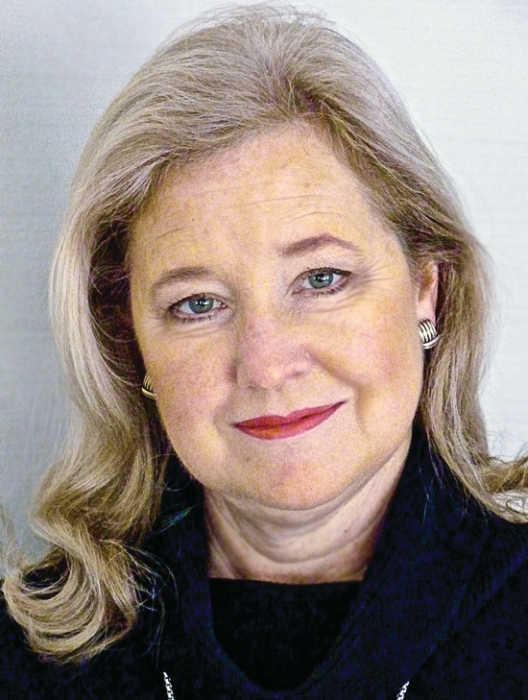 Policy
For Director-At-Large: Susan B. Butts
Share X
To send an e-mail to multiple recipients, separate e-mail addresses with a comma, semicolon, or both.
Title: For president-elect: Luis A. Echegoyen
Author:
Chemical & Engineering News will not share your email address with any other person or company.