Library of 2,500 samples offers clues about hues, both old and new

Susan Costello knows her eggshell from her ecru. As a conservator of objects and sculpture at the Straus Center for Conservation & Technical Studies, part of the Harvard Art Museums, Costello painstakingly restores ancient objects by painting over cracks and other defects. Typically, her paint job matches the original so closely that museum visitors can’t tell her handiwork from that of the ancient artisans.

So when a paint she’d used to fill in the head and chest of a figure on a 2,400-year-old ancient Greek vessel began transforming from terra-cotta to an unsightly gray hue without explanation, panic set in.

“We work on so many of these ceramics all the time using the same materials,” she says. She feared all her other work on similar objects would turn gray too.

In the end, only that particular vessel shifted its hue. “There was something about this one ceramic that caused the painting to turn gray.” Fortunately, Costello works in a place that also houses a dazzling collection of pigments in every imaginable color and then some. She turned to this collection to help her sleuth out the source of the gray splotch.

Known as “Bell Krater: Torch Race,”the ceramic that Costello had trouble with features two terra-cotta-colored runners, nude and bearing torches, racing toward a priest at an altar. With its sleek, black-painted background, it’s a prime example of the art of its era. Costello had spent more than 100 hours restoring this volleyball-sized vessel from around 420 BCE that was once used to mix water and wine.

When she first started working with the vessel, time and the elements had taken a visible toll. The object had spent thousands of years buried in the ground. The fired ceramic surface had worn away in places. White lines revealed where bits of the object had been glued back together. “Someone had started a treatment and never finished,” she says.

As a conservator, Costello has to conceal the damage on such objects, using completely reversible treatments that won’t permanently change or damage the object. “We want the object to look whole and integrated so you can appreciate it and not focus on the damage,” she says. The ominous gray blotch appeared about a year after Costello’s first restoration effort. She wanted to figure out what was going on to make sure she could fix it and avoid such discoloration in the future.

Costello turned for help to the Forbes Pigment Collection, an array of more than 2,500 pigment samples, common and exotic, that are used to give paints their colors. “Paint is made of pigment, which gives it color, and a binder, which holds it together, and historically binders have been a whole bunch of different materials, such as oil, egg, wax, and acrylic,” explains Anne Schaffer, a paintings conservation fellow at the Straus Center.

The collection, which lives in a hodgepodge of bottles, vials, and tubes, has a place of honor behind a wall of glass cabinets on the museum’s fourth floor. Edward Waldo Forbes, who was the second director of the Fogg Art Museum (now the Fogg Museum, which is part of the Harvard Art Museums), began gathering the pigments around 1910 as part of an effort to start an art conservation department at the museum. It was the first department dedicated to the science of art in the U.S.

“Forbes was new to collecting paintings, and he wanted to understand how paintings were made, how they age, how they deteriorate, and how best to preserve them,” Schaffer explains. “He was interested in learning about museum environments, what kinds of materials he was dealing with, and how they might fall apart. That’s why he started this collection—to begin having an archive so he could better study the materials of paintings.”

The collection’s more famous samples include ultramarine pigment made from ground lapis lazuli, a substance that once cost more than gold until pigment makers figured out how to make it synthetically in 1826. There is also Tyrian purple, made from the secretions of a Mediterranean sea snail. The mollusks produce a liquid that, in the presence of sunlight, oxidizes to a purplish-red hue. Because each snail ekes out only a single drop of colorant, many mollusks would have been required to make sufficient amounts of the pigment in the past. A baseball-sized chunk of raw Indian yellow sits beside some fragments of the same pigment in refined form. This material comes from the dried urine of a cow that’s been fed only mango leaves. Two tubes of mummy brown paint are displayed alongside their eponymous source material—a mummified vertebra.

For decades after World War II, few additions were made to the collection. But in recent years, the Straus Center’s director, Narayan Khandekar, has been expanding it. The collection now includes YInMn blue, a pigment serendipitously discovered by Oregon State University chemistry professor Mas Subramanian in 2009, and Vantablack, a pigment made from carbon nanotubes that absorbs 99.965% of visible light.

The collection has long been a resource to conservators. Perhaps most famously, the Forbes collection, along with synthetic organic pigments donated from the Tate collection in the U.K., was used in 2005 to assess the authenticity of three paintings attributed to Jackson Pollock. Analyses revealed several pigments in the artwork that were not available until the 1970s. Pollock died in 1956.

To figure out what was causing her paintwork on “Bell Krater: Torch Race” to gray, Costello first looked into the object’s history. Conservation scientists had previously analyzed the ceramic and found that it contained chloride salts. Although it’s uncertain precisely how these salts got onto the vessel, they probably came from an HCl wash used to remove mineral deposits that likely formed on the ceramic when it was buried.

“We thought maybe these chloride salts were reacting with the paint,” Costello says. To test that hypothesis, she treated a terra-cotta pot from a garden store with HCl and broke it into bits. On each bit, she painted a different color she had used in her restoration work. After a month, the cadmium orange paint she’d used turned gray.

Working with conservation scientist Georgina Rayner and researchers at Harvard’s Center for Nanoscale Systems, Costello eventually determined that chloride and light were freeing selenium from the compound that makes up the pigment. The metallic selenium was separating out and growing into dark, needlelike crystals, which turned Costello’s paintwork gray. The scientists are still working to identify the reaction’s mechanism and the Cd-containing degradation product.

“We removed all of the paint, and once we had confirmed that it was the cadmium orange that was the problem, I repainted it,” she says. It wasn’t long before the object was back on display.

Chemistry, it turns out, is a familiar subject for Costello, who majored in the science in college. She says she learned that art conservation was a career possibility only during her final semester as an undergraduate. So after finishing her bachelor’s degree, she worked as a chemist at a small start-up while taking art conservation courses at night. She says she uses her chemistry training frequently in her conservation work to understand how the materials she uses will interact. “You have to know that what you’re using is safe for the object.”

That’s what makes the Forbes Pigment Collection such an excellent resource. Conservators can consult it to find out precisely what they’re working with.

Related: The Chemistry’s New in Black and Blue

And the cache at Harvard isn’t the only pigment collection that bears Forbes’s name. Forbes also kept his own private pigment collection, which his heirs donated to New York University’s Institute of Fine Arts in 1970. Some of those pigments were subdivided into sets of about 500 pigments, which were sold to schools around the world for $100 each. Such sets can be found at the Library of Congress Restoration Office, the Brooklyn Museum, and Stellenbosch University. Boston’s Museum of Fine Arts catalogs the analytical data for many of the pigments in both collections in an online database, and spectral information from the collection has been shared in databases with the international Infrared & Raman Users Group.

“Every little vial tells a story,” says Margaret Holben Ellis, a professor of paper conservation at NYU’s Institute of Fine Arts and president of the American Institute for Conservation of Historic & Artistic Works. “They really do bring out your imagination.”

Ellis says that the pigments are more useful as a historical reference than as an authentication tool, but she adds that as analytical tools improve, she can foresee a time when each pigment might represent a sort of fingerprint that’s specific to a color at a certain time from a certain place. “I see it as a resource that keeps on giving,” she says.

The Harvard collection is available to researchers on a case-by-case basis. Color junkies looking to learn more about the Forbes Pigment Collection should seek out “An Atlas of Rare and Familiar Colour,” a book full of luscious photographs of the collection recently published by Atelier Éditions. 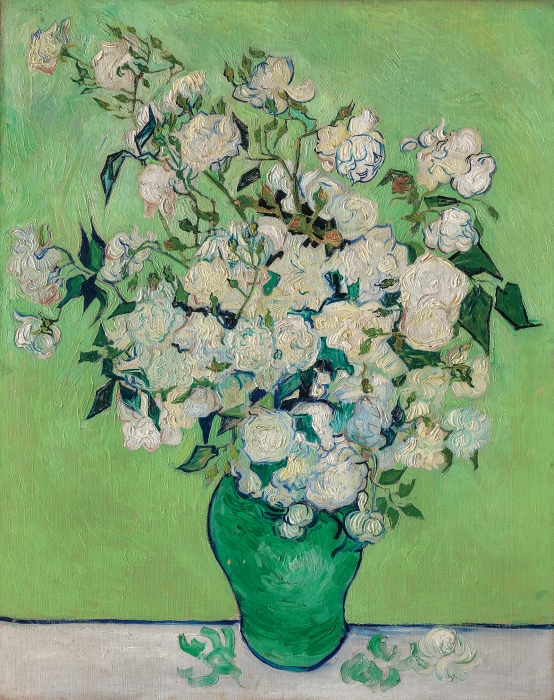 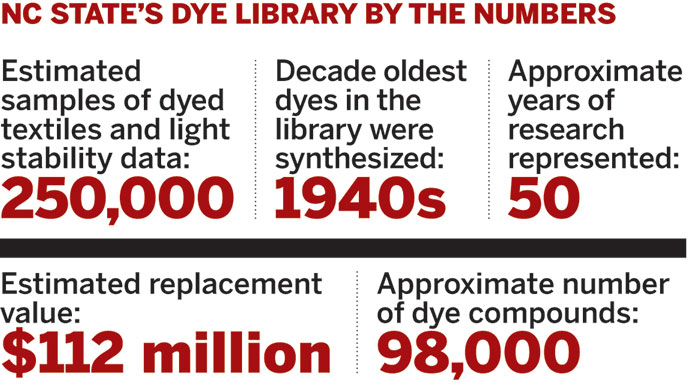 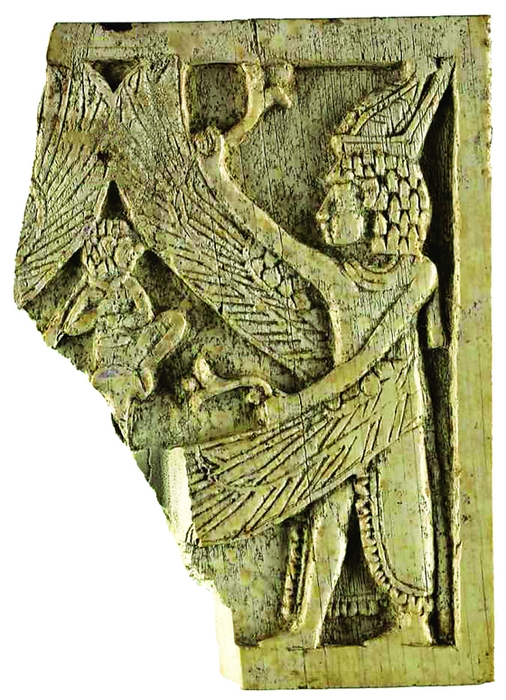 Archaeology’s Hidden Secrets
Share X
To send an e-mail to multiple recipients, separate e-mail addresses with a comma, semicolon, or both.
Title: Conservators consult Forbes Pigment Collection to solve artwork mysteries
Author: Bethany Halford
Chemical & Engineering News will not share your email address with any other person or company.