Credit: Courtesy of R. Kenneth Marcus
A combined ionization source uses a microplasma (bright spot) formed between a metal counter electrode and a liquid sample traveling through a silica capillary.

Because elemental and molecular mass spectrometry typically use different ionization methods, they usually need to be done on separate instruments. R. Kenneth Marcus of Clemson University, David W. Koppenaal of the Environmental Molecular Sciences Laboratory and the Pacific Northwest National Laboratory, and their coworkers now report that they can perform mass spectrometry of elemental and organometallic species with resolving power in excess of 1 million using a combined atomic and molecular ionization source coupled to an Orbitrap mass analyzer (J. Am. Soc. Mass Spectrom. 2019, DOI: 10.1007/s13361-019-02183-w). The combined device, called the liquid sampling–atmospheric pressure glow discharge source, uses a microplasma for ionization. Using the system, the researchers were able to resolve important inorganic compounds that have been difficult to study. For the first time, the researchers isotopically resolved a bimetallic amino acid complex, Hg:Se-cysteine, that is believed to be involved in mercury detoxification. The researchers also used the system to resolve 87Rb and 87Sr, whose mass difference reflects the β decay of radioactive 87Rb to the stable isotope 87Sr. Their ratio is used in geological dating. “Ionization sources like this will allow inorganic mass spectrometry to benefit from the high resolving power that molecular mass spectrometry has been enjoying for many years,” says Steven Ray, an atomic mass spectrometrist at the University at Buffalo. 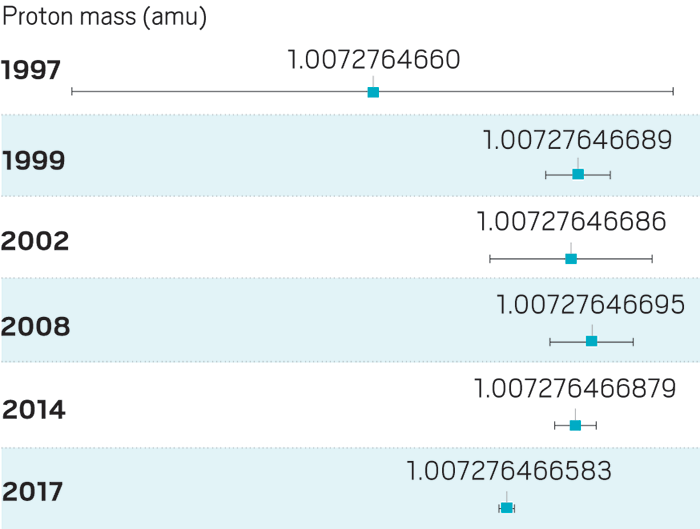