NIH Director Elias A. Zerhouni and three NIH institute heads testified before the House Energy & Commerce Committee’s Health Subcommittee hearing last week on how the agency decides what areas of research to fund. The hearing, which is one of a series on the structure and goals of NIH, was not intended to focus on the agency’s peer-review process, but on the origins of its 27 institutes and centers, according to the committee chairman, Joe Barton (R-Texas). During questioning, Barton asked Zerhouni whether he would create the current structure if he had the opportunity to set up the research agency from scratch. Zerhouni replied that he would not, and would instead create an evolving structure that changes with arising needs. This led Barton to raise the issue of including restructuring legislation as part of an NIH reauthorization package he plans to introduce in this congressional term. He asked all four witnesses whether it would be more effective for Congress to legislate a new structure or to give the director’s office the authority to restructure the agency as needed. The panel agreed that, to ensure the necessary flexibility to respond to emerging issues, the authority to make changes should reside with the NIH director. 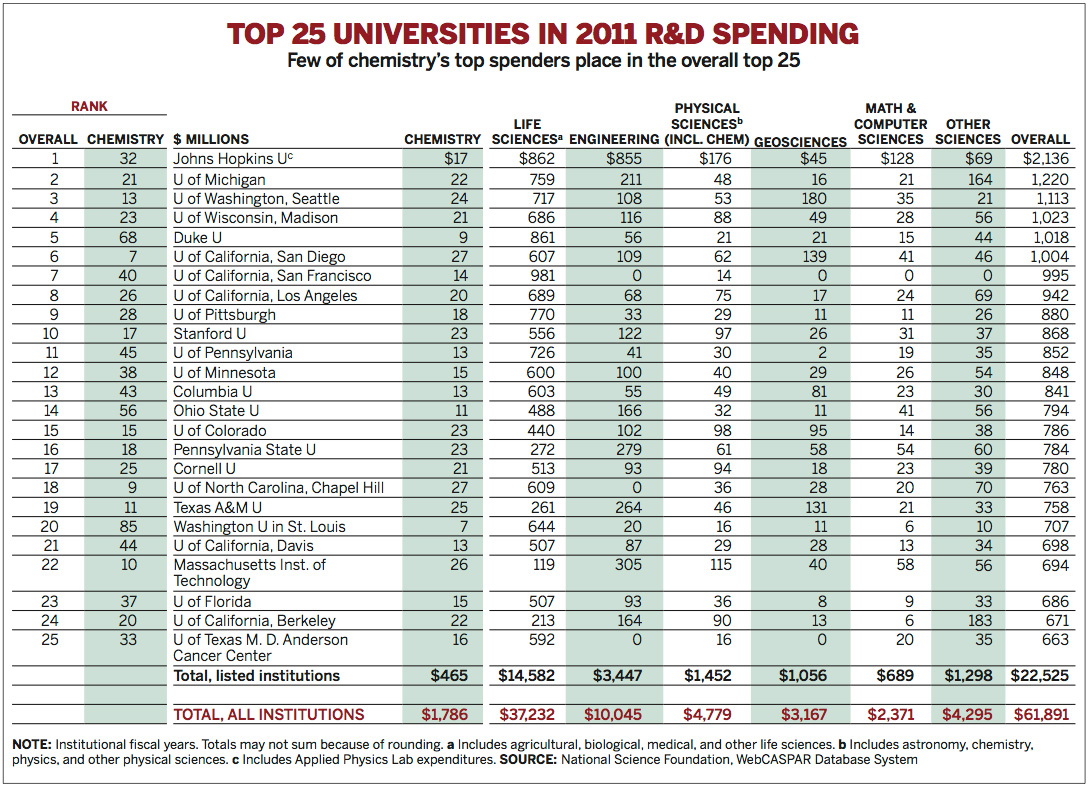 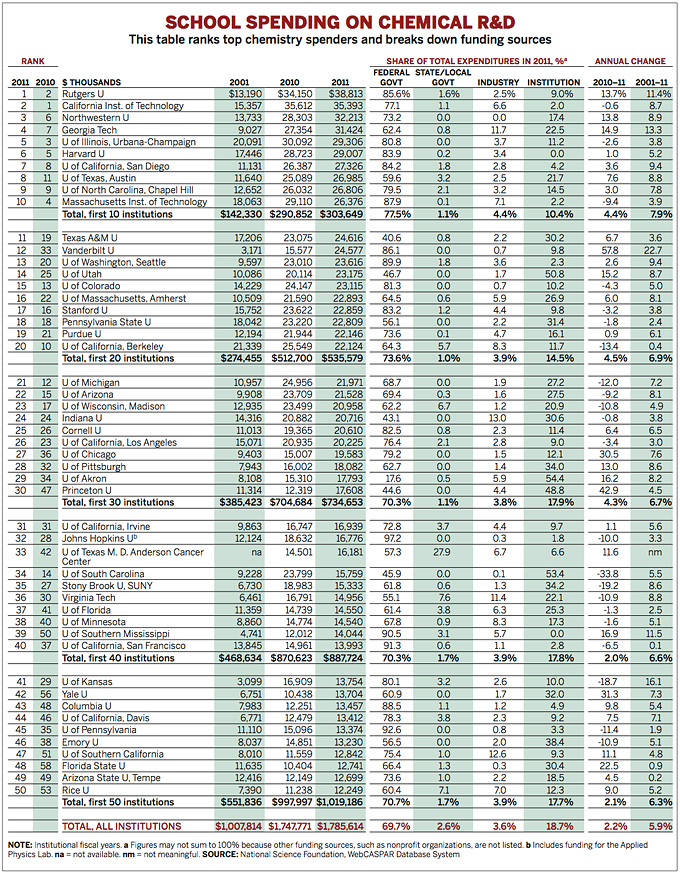 Policy
School Spending On Chemical R&D
Share X
To send an e-mail to multiple recipients, separate e-mail addresses with a comma, semicolon, or both.
Title: Setting research priorities at NIH
Author:
Chemical & Engineering News will not share your email address with any other person or company.