TRACK US, TRUST US 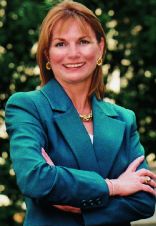 TRACK US, TRUST US

With a new ACC-sponsored website-- http://www.responsiblecare-us.com --to showcase industry performance and plans to go ahead with a $20 million advertising initiative, third-party verification is more important than ever, ACC officials said, and an important stop on the road to mending fences with the public.

In her address to about 400 conference attendees, Fran Keeth, chairman of the ACC board committee on Responsible Care, acknowledged that after nearly 16 years of Responsible Care, many people still view the chemical industry with disdain. "We need to be seen as a provider of solutions," she said.

To change public perception, Keeth, who is president and chief executive officer of Shell Chemical, said the industry must bring its message to customers, governments, neighbors, and nongovernmental organizations. The long-awaited "essential2"-themed advertising initiative that the ACC board of directors authorized at the end of April "will focus on the benefits of our products; it will advance our participation in a variety of discussions around public health and science, and it will focus on our performance."

Responsible Care will play a key role in the initiative, Keeth told the audience. Also playing an important part are related ACC commitments to the Long-Range Research Initiative and the high-production-volume testing agreement. LRI is an international chemical industry effort to fund independent third-party research on chemical exposure. The HPV program is another international chemical industry effort to conduct a battery of toxicological tests on 2,800 heavily used chemicals.

These initiatives are "essential to our future growth strategy," Keeth said. "Companies that perform better and tell their story effectively are more likely to be welcomed as valued business partners and responsible citizens."

AUDITS OF Responsible Care management practices are now a condition of membership. Firms have to hire and engage third-party verifiers to complete audits of headquarter operations by December of next year. Next, company sites must come under scrutiny no later than 2007.

But not all of a company's sites are subject to scrutiny in this first round of mandatory Responsible Care inspections. For instance, firms that operate at 25 or fewer locations are only required to verify 33% of sites up to a maximum of four. They can pay for more, but they must meet the minimum site inspection requirements. 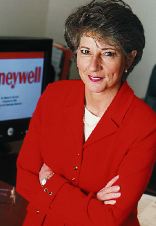 Some environmental managers at the conference grumbled over the swiftly approaching deadlines and complained that they needed more assistance to help them prepare for audits. At a session to discuss the preparation of Responsible Care management system guides, a few attendees were dismayed that the many templates, manuals, and training programs to help them are only now starting to come out.

Thomas P. Kunes, a principal with Kestrel Management Services, said that Responsible Care management systems training material his firm is preparing will not be completed until 2006. He explained that ACC and the Synthetic Organic Chemical Manufacturers Association had hired Kestrel only in January. SOCMA members will have it easier, as at this point their group only requires headquarters certification in December 2006.

In her address, Keeth nevertheless encouraged ACC members to press ahead with preparations for third-party audits. "If auditing is done correctly, it can be a valuable tool. It helps us understand where we can improve processes and step up performance one more notch," she said.

Exhibitors at the meeting included many companies that were prepared to audit ACC members, consult on systems verification, provide software to ensure compliance, or conduct third-party verifications. Those verifiers were prepared to inspect firms under ACC's Responsible Care Management Systems scheme or under an alternative standard that overlays Responsible Care on the International Organization for Standardization's ISO 14001 environmental certification system.

ACC OFFICIALS tried to assure attendees that their verification efforts would ultimately help their companies' and the industry's reputation. But they didn't sugarcoat the task ahead. Stephen Gardner, an ACC communications director, told attendees something they already know well. "We haven't done a good job defining ourselves. Others have done it. We see 10 negative stories about us in the press for every positive story. Industry silence is reflected in high regulatory costs," he said.

On the positive side, he said ACC-sponsored surveys found that people aren't close-minded when it comes to the chemical industry. In a study conducted in 2002 by the opinion survey firm Worthlin Worldwide, more than 60% of the public said the benefits of the industry outweigh the drawbacks, Gardner reported. The same study found that 86% of people surveyed were open to learning more about the industry.

Phrasing his findings a little differently, Jeff Erikson of SustainAbility, a London-based corporate responsibility consulting firm, said most people view the chemical industry as "a necessary evil." Discussing a survey of Responsible Care his firm conducted, Erikson said that although people admire the industry's technical expertise, they are troubled by its lack of transparency and accountability and its failure to use common metrics.

The view of the industry as a necessary evil is "partly our fault," said Gregori Lebedev, who recently resigned as ACC president after about a year and a half in the job. "We need to market our business. We're not trying to turn people into chemists. But we need to give them what they need to understand our business."

For members of the public who wish to track the industry's health, safety, and environmental practices, ACC debuted its Responsible Care website. According to Debra Phillips, Responsible Care team leader, the website offers the public one-stop access to industry- and company-specific statistics and data.

Under the environment tab, the site offers 14 years of industry data on toxics release emissions reported annually to the government through 2001--the latest year available. The site offers five years of individual company data. The security tab offers assurances on certification but no data on the status of individual companies' certification status. The website promises to offer data on greenhouse gas emissions and energy efficiency statistics next year.

In the case of company-specific environmental data, viewers can click on highlighted data when firms wish to clarify their information. Keeth says ACC members wanted this option because "there are vast differences between companies because of the different businesses they are in."

The website is "industry's attempt to embrace transparency. Rather than be the subject of other people's analysis, we want to supply the basic statistics for our conversations with environmentalists and others," said Terry F. Yosie, ACC vice president of Responsible Care.

JUST AS THE Responsible Care conclave wound down, ACC's second annual Long-Range Research Initiative meeting got under way. In a joint session of the two groups, Nance K. Dicciani, Honeywell Specialty Materials' CEO and chairman of the board committee for LRI, said: "If we allow chemical products to harm the environment or human health, their benefits will be short-lived. If we allow products to be banned because of unscientific fears, then we fail as an industry."

ACC, she pointed out, has invested about $106 million in LRI since it started in 1999. The program has attracted $12 million in government and other joint funding and has resulted in 124 projects, of which 56 have been completed. LRI has so far produced 280 peer-reviewed publications.

LRI's main goal is to fund improved methods in evaluating the risks of chemicals to the public and environment. Dicciani expects that the independent research that ACC funds will develop "sound science," and so help set appropriate health policies, reduce public fear of chemicals, and aid in bringing safer products to market faster.

In a separate interview with C&EN, Dicciani emphasized that LRI aims to develop widely applicable analytical methods that can ensure reproducible results from one lab to another. Looking at the impact of chemicals in living systems is particularly difficult. Children, smokers, drinkers, and the elderly may be more or less susceptible to the effects of a given substance. LRI hopes to provide some insight into dealing with these complexities as well, she said.

The presence of synthetic chemicals in parts per billion in human and animal tissue has alarmed some people, Dicciani told the ACC audience. LRI should be an aid in better understanding the importance and relevance of biomonitoring data.

The answers will be important, Dicciani said, because, "we want to ensure that the next generation of regulatory policies are informed and prudent." She emphasized that the answers--along with third-party verification, the new ACC website, and other Responsible Care initiatives--are essential to the industry's survival.

Share X
To send an e-mail to multiple recipients, separate e-mail addresses with a comma, semicolon, or both.
Title: TRACK US, TRUST US
Author: Marc S. Reisch
Chemical & Engineering News will not share your email address with any other person or company.