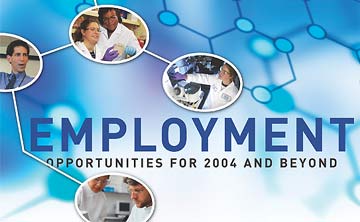 Quality of life: this phrase passes the lips of almost everyone when asked why they chose to live and work on the Northwest coast. "People come to Oregon because it is a great place to live," says Douglas A. Keszler, professor and head of the chemistry department at Oregon State University. "The region is community- and family-oriented, and from here we are an hour away from great skiing."

"People are attracted by the beauty of the scenery--we're on the coast but only about 50 miles from the mountains," says Mark Wicholas, chemistry department head at Western Washington University, Bellingham. "There's a wide variety of sports and outdoor activities, as well as proximity to major cities like Vancouver and Seattle."

Add to these attributes several strong academic programs and a history of state government support for education, and the Oregon-Washington region equals a promising destination for chemistry professors. What's more, at a time when state budgets nationwide are tightening the belts of colleges and universities, chemistry departments in these two West Coast states are weathering the storm, with some enjoying significant growth.

This is not to say that the situation is ideal. "The past decade has been a rough time in Oregon," Keszler says. The Oregon budget depends on income tax more than any other state, accounting for 74.4% of the total state tax collection. In addition, property taxes--once the major source of funding for public schools--were limited by state measures passed in the early 1990s, forcing the state to draw more education funds from income taxes. When the 2001 recession hit, Oregon state revenues dropped 5.1%, creating ripples throughout the higher education community. At Oregon State, the number of research faculty positions dropped by 50%.

Washington, though not hit as hard, is facing a $2.6 billion shortfall in revenue, and with higher education representing the largest discretionary portion of the state budget, many schools have had to take measures such as raising tuition or sacrificing faculty salary increases. At the University of Washington, the cuts in state funding have decreased the number of chemistry faculty after a long period of growth, according to department head Paul B. Hopkins.

MAKING THE CUT
[+]Enlarge
Credit: WESTERN WASHINGTON UNIVERSITY PHOTO
When filling faculty positions in his department, Wicholas looks for candidates who have excitement for science and enthusiasm for working with undergraduates.

Credit: WESTERN WASHINGTON UNIVERSITY PHOTO
When filling faculty positions in his department, Wicholas looks for candidates who have excitement for science and enthusiasm for working with undergraduates.

Despite these setbacks, faculty hiring in the region is happening and will likely continue as the economy improves. At press time, the University of Washington was listing three open faculty positions--two junior and one senior--and Oregon State was listing two junior openings.

Wicholas says Western Washington's chemistry department has recently hired four professors, and eight tenure-track positions will open up over the next five years. He adds the caveat that these numbers are unusual for his department. A cluster of professors hired in the late 1960s and early 1970s is now deciding to retire, and hiring will fade as these positions are filled.

Although he grew up in Pennsylvania, Gammon says he would not want to work outside the Northwest after living in the region. He was familiar with the program at Western Washington and knew that the state traditionally made education a priority. "I was excited this position came available because the opportunities in my field are few and far between," he says.

OFTEN IN ACADEMIA, positions are only available when someone retires, and at Western Washington--a smaller, predominately undergraduate institution--that happens infrequently. "At this school, people stay out their career," Wicholas says. "Professors move around more at the top research schools."

The University of Washington, which ranks 36th in the nation for chemistry R&D expenditures in 2001, also cites retirement as the driving force behind new hires. But with about 40 professors in the chemistry faculty at any one time, it is able to set a more constant hiring pace. "The demographics alone tell you we will hire an average of one to two new faculty each year," Hopkins says. "We've searched every year since 1994." He notes, however, that the number of faculty being sought is not always what the university winds up hiring. "We're seeking three this year, but I'd be happy with one and ecstatic about two," he says. 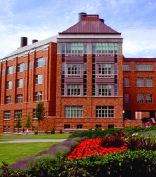 Credit: UNIVERSITY OF WASHINGTON PHOTO
Built in 1995, the new chemistry building at the University of Washington houses state-of-the-art facilities.

Part of this disparity between jobs open and jobs filled is that choosing an academic position can be a daunting decision. A prospective professor's research interests and material needs have to be balanced with personal concerns such as compatibility with potential colleagues and a desire to settle in a particular community.

"It's a big decision--you're choosing where you will stay for the rest of your career, if you choose wisely," says David S. Ginger, an assistant professor of chemistry at the University of Washington. Ginger, one of two faculty members hired in 2003, says the Northwest school was a "fantastic choice" for him both personally and professionally.

Ginger's research interests in the physical chemistry of nanoscale materials fit well with the department's needs and overlap with two major research centers at the university--one for nanotechnology and another for photonics. These centers provide him with a strong research infrastructure as well as a network of colleagues with shared scientific goals. And the major teaching hospitals in the Seattle area offer opportunities for his fiancée, who is studying medicine.

"The quality of the faculty and student body pool were the first things I looked for in a university," says Rich G. Carter, who joined Oregon State as an assistant professor of chemistry in 2002. Carter says he chose Oregon over two other schools that were pursuing him. "The strong organic chemistry program was very attractive, and Oregon is a wonderful place to live." In addition, Carter says the state budget problems didn't seem to affect the offer he got from the university. "The start-up package was very competitive--I'm impressed they were able to do that."

On the other side of the hiring process, the existing faculty have to make important decisions about which candidate will best fit their departmental culture for the long haul. "You have to choose who will be your colleague for a very long time," Ginger says.

Hopkins recommends that people seeking junior positions do research on the Web to see if their interests fit with the established faculty at the universities they are considering. "The juniors do best when they have mentors among the senior faculty," he says.

SPECIFICALLY, he looks for candidates who don't just complement the chemistry department, but who can build bridges with other departments and outside organizations. At the University of Washington, the strong medical school on campus means the faculty is particularly interested in research at the interface between chemistry and biology. 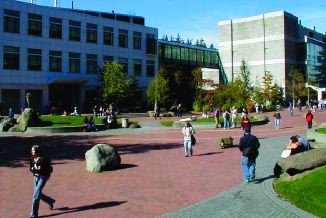 Wicholas and Keszler both note that the high-tech sector is an important aspect of the northwestern economy, which means that interest in materials-related chemistry research is growing. "Intel has its largest North American site in Portland, and [Hewlett-Packard] also has a large site in the area," Keszler says. "Boeing is a big player in Washington," Wicholas adds. The flip side to that relationship is that industry fortunes can affect state funding for public schools. "When business is bad at Boeing, it's bad at the universities," he says.

Despite declines in state economies, federal funding for chemistry has generally been strong, and undergraduate enrollment is rising. According to Carter, federal R&D money has helped insulate his department somewhat from state budget woes. Hopkins agrees: "We all pull from the same federal funds, so as long as we have good faculty who can write good grant applications, we should get the research funding we need."

In Hopkins' department, the federal grant and contract expenditures have nearly doubled over the past two years. Because increased funding means increased faculty research and use of advanced instrumentation, the weak state budget affects the job market for support staff rather than for faculty. "We have suffered in our ability to hire more technical staff, but it just means we have to be more efficient," he says.

In addition to federal money, foundation grants are filling in for state funds at Western Washington. Wicholas notes that the chemistry department is becoming even more attractive to research faculty, thanks to a $746,000 development grant awarded in 2000. Part of the grant money, given jointly by the M. J. Murdock Charitable Trust and Research Corporation, is meant to be used for hiring faculty, and even allowed the school to create one new chemistry faculty position.

Gammon says the impacts of state budget problems depend on the importance a school places on its chemistry department. "Some of my colleagues in other parts of the country are going through devastating budget cuts," he says. At one small liberal arts school, Gammon has heard that budget issues are forcing school officials to dissolve their chemistry department and only retain a few professors to teach introductory courses. "Chemistry is an expensive department to run," he says. "I've been impressed there haven't been any draconian cuts announced [at Western Washington] and we are able to maintain the quality of our programs."

At the larger research universities, state cutbacks appear to be no more than a speed bump for chemistry professors. "State budgets are crummy just about everywhere," Hopkins says, "but chemistry is a core discipline making critical contributions to both graduate and undergraduate education. My gut tells me that despite bad budgetary times, chemistry departments nationwide are trundling forward, replacing their vacancies."