Books on China's business environment abound, but their quality and usefulness are uneven

by Reviewed By Jean-François Tremblay

New books about China appear almost every week. Some portray "the rise of China" as a seismic change comparable with the U.S. becoming a superpower in the 19th century. At the other extreme, a few authors claim that China will soon collapse because its growth is set on a weak legal, political, and social foundation. Many scenarios are plausible.

But managers of chemical and pharmaceutical companies have more earthly concerns. Over the past few years, Chinese companies have suddenly emerged as fearsome competitors, avid customers, or possible joint-venture partners. Frustratingly, except for the pricey reports prepared by consulting companies, there have been too few business books about the Chinese chemical and pharmaceutical industries to help Western managers understand what they're dealing with.

Taking a crack at addressing this problem is "The Chemical and Pharmaceutical Industry in China: Opportunities and Threats for Foreign Companies," a no-nonsense book written by executives who've been there and done that. Most of the contributors are Germans, Chinese, or Swiss employed by German or Swiss companies. Each chapter is written by an individual author or group of authors with relevant expertise.

The book likely won't win any awards for the elegance of its style. The editing is generally poor, and the structure of many of the sentences acts as a tiresome reminder that the authors are not professional writers.

Moreover, the authors are obviously not criticizing their own company's approach to China. At times, they are also excessively concerned about political correctness. For example, Jörg Wuttke, the general manager of BASF China and a longtime resident of Beijing, wrote the chapter on the Chinese petrochemical industry. To appease Chinese sensibilities, he refers to Taiwan as "Taiwan Province" when simply writing "Taiwan" would have been just fine.

But these are small drawbacks, as the book yields much practical how-to advice. In their chapter "A Toolbox for China--China Experience of Degussa Construction Chemicals," Boris Gorella and Christian Kober clearly detail the pros and cons of staffing an operation in China with expatriate managers rather than local talent. They have observed that a multinational company typically will make initial use of too many foreign managers before switching to reliance on local management to reduce costs-all this before sending in headquarters staff again to clean up the mess caused by depending on Chinese managers too early in the process.

Gorella and Kober also share that a foreign company's competence in providing technical support may provide a competitive edge against Chinese firms. "Service is a key element for success in China and one of the most difficult for Chinese competitors to copy," they write. They recommend setting up service centers in China managed in ways similar to the multinational companies' technical centers in other countries. 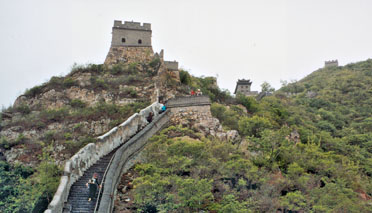 Manfred Eggersdorfer's chapter on the vitamin industry is a fine read. He explains that Western vitamin producers have faced formidable competition from China for more than 10 years. The Western companies' response has been to withdraw from some businesses, implement improved production processes in their home country, and set up plants in China as an alternative way to bring costs down to Chinese levels.

Eggersdorfer relates that the most successful response of Western vitamin producers has been to make use of their access to large international customers to provide vitamins in tailor-made forms. For example, buyers of vitamin C have preferences regarding the fineness of the powder or the use of ascorbyl palmitate as an emulsifier. "The [Chinese] strategy of copying product forms from market leaders works only in part because a number of technologies are still patented and the leaders regularly improve their forms," he writes.

Perhaps the most clumsily written chapter in the book is by the managers of the most intriguing company featured. Whereas most firms investing in China do so because it's either a big market or a cheap place for production, Bicoll went there to do research. Bicoll is a young biotechnology outfit with separate headquarters in both Munich and Shanghai, and it's the first Sino-German pharmaceutical research venture.

Bicoll set up a lab in Shanghai to have access to Chinese natural products with the potential to yield pharmaceutical compounds. The authors claim that Bicoll has developed a proprietary technology to identify natural products with the most potential. Unfortunately, one does not learn from the chapter how big a company Bicoll is or if its activities in China, initiated in 2001, are yielding results.

Another of the recent books, "The Chinese Century: The Rising Chinese Economy and Its Impact on the Global Economy, the Balance of Power, and Your Job" by Oded Shenkar, belongs to the class of books describing the rise of China as a game-changing event. It is a basic China primer that does not break new ground and, as such, will be more interesting to those who have almost no knowledge of China. The book includes a little bit of history, explains why China's economic rise is important, and discusses some of the implications for the rest of the world. It's written from an American's perspective, given that the author is a professor of management at Ohio State University.

Readers who have some familiarity with China will be disappointed by Shenkar's book. He appears not to have ever lived in China or done much work with the Chinese. Moreover, the book gallingly errs near the beginning in describing Greater China as a coherent economic force encompassing Taiwan, China, Hong Kong, and even Singapore. This is far-fetched, as the relationship between Taiwan and the Chinese mainland is about as functional as the relationship between Venezuela and the U.S.

The wide range of books appearing about China, including these two new offerings, is a boon to those with specific interests in the country. This growing abundance of material is the result of China having been tagged for the past 15 years as the "next big thing." One can now expect that the next big thing in business book publishing will be India, where economic reforms are yielding positive results and giving rise to a range of new opportunities.

Jean-François Tremblay is head of C&EN's Hong Kong News Bureau. He has a decade of experience covering the chemical and pharmaceutical industries in Asia.