The Petrochemical Skies May Eventually Fall

Petrochemical producers are enjoying large profits, but they fear the end of their run 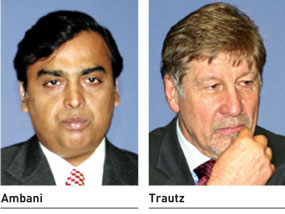 If it is early spring, temperatures are starting to rise, wildflowers are beginning to poke through the ground, and petrochemical executives from around the world are converging on San Antonio, Texas, to attend the National Petrochemical & Refiners Association's (NPRA) International Petrochemical Conference and assess the coming years in their industry.

Unlike in previous years, when petrochemical executives were excited about their prosperity, the main theme at this year's conference, held March 26-28, was concern about a petrochemical landscape that is experiencing dramatic changes.

The future of petrochemicals will be marked by the emergence of China and India as consumers of chemical products. These needs will be met by a massive amount of new capacity that is coming onstream at the end of the decade, mostly in the Middle East.

Attendees fear that this supply will sow the seeds of the next industry downturn by lowering plant operating rates and depressing prices and profits. There are also worries about sustained high oil and natural gas prices and the effects they would have on production costs and end-market demand.

In his keynote address at the NPRA meeting, Mukesh D. Ambani, chairman and managing director of the Indian industrial conglomerate Reliance Industries, said the rise of India and China in the global economy is nothing the petrochemical industry should fret about. Instead, the phenomenon will present many opportunities.

Ambani pointed out that countries with about 15% of the world's population currently commands 85% of the global gross domestic product. By 2050, India and China will contribute about half of the world's economic output. "The center of economic growth is shifting to Asia," he said. "China and India are leading this shift."

This period will also signal a massive expansion in the world economy and, in turn, petrochemical consumption. In 50 years, the global economy will expand fivefold to as much as $180 trillion, while petrochemical output will grow more than 10-fold to roughly $20 trillion. "While demand will grow, the center of gravity will shift from the Western world to Asia," he said.

People in India and China, as they are lifted out of poverty, will become larger consumers of petrochemicals, Ambani said. For example, he predicted that disposable diapers that use superabsorbent polymers, a miniscule business in India today, will grow in importance over the next five years.

In such a changing world, Ambani said, the advantage will go to those companies positioned for these growing markets with large-scale plants that have access to cheap feedstocks. Most chemical production will have to occur in "supersites": massive complexes integrated with feedstock-processing units such as oil refineries and costing, in total, $4 billion or more to build.

He pointed to Reliance's refinery and petrochemical complex in Jamnagar, India. It was completed in 1999 and now the company is planning to expand the unit to 1.3 million barrels of oil per day, plus nearly 1 million tons per year of new polypropylene capacity, making it one of the largest complexes of its kind in the world. "Old chemical assets must migrate to new chemical supersites," he said.

Ambani attributes the success of companies such as Saudi Basic Industries Corp. in the ethylene chain, Reliance in polyester, and Taiwan's Chi Mei Group in styrenics to their responsiveness to changing times. "They abound with entrepreneurial energy, something not seen in their peer groups in the petrochemical industry."

Volker Trautz, president and chief executive officer of polyolefins maker Basell, gave his assessment of how the world of petrochemicals will look in the years to come. "Europe will need to adjust to remain competitive," he said. "The Americas will largely be self-contained but subject to globalizing cost pressures. Japan will restructure toward niche activities. China and India will drive the demand growth, and the Middle East will drive capacity growth."

But Trautz warned that Chinese polyolefins imports may be peaking due to all the capacity being built in the country to meet demand. "Yes, there will be polyolefins growth in China, but the growth may not be as fast as many predict," he said.

Trautz said Basell is focusing on building a presence in China, India, the Middle East, and Eastern Europe. "We are also clearly trying to focus our investments on opportunities that give us strengths in feedstock, places like Kazakhstan and North Africa as well as the Middle East," he said. Following the speech, Basell announced it is studying an ethylene cracker and propane dehydrogenation complex in Kazakhstan (see page 29).

George M. Intille, vice president of SRI Consulting, warned attendees that the U.S. petrochemical industry will have to adjust to ever-increasing oil prices. He said consensus estimates of relatively stable, $50-per-bbl oil prices over the next couple of years could be wrong. Pointing to growing Chinese demand, political instability in oil-exporting countries, downward estimates of oil reserves, and inadequate new oil discoveries, he maintained that oil prices could top $70 for a prolonged period.

Intille pointed out that petrochemical companies managed to stay profitable in 2005 with $60-per-bbl oil. If, he said, oil prices do top $70 per bbl, then the U.S. and Japanese economies could be pushed into a recession, developing economies could become unstable, and operating rates of polymer plants could fall below 80%—levels similar to the trough conditions of 2002. "It does look like there is some substantial risk if the oil price continues to go up," he said.

He suggested that the North American industry consider alternatives to oil and natural gas, such as deriving chemicals from coal. Coal gasification, combined with Fischer-Tropsch synthesis or the methanol-to-olefins process, could be a viable alternative to petroleum-based chemical production at $60-plus oil, he said.

Alcohols, amines, esters, aldehydes, organic acids, naphtha, diesel, and synthetic crude could all be derived from coal. And companies such as Sasol in South Africa and Eastman Chemical in Tennessee, he pointed out, have been employing coal-based chemical production for years.

No new projects like these have been announced for North America. With profits from conventional plants now at comfortably high levels, U.S. producers have little incentive to put their money behind such an option. Perhaps a future combination of higher oil prices with an onslaught of capacity from the Middle East will be enough to change their minds.