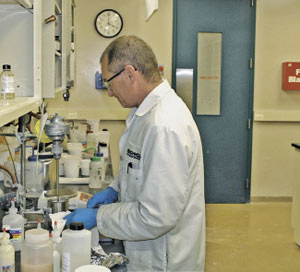 When he left Reichhold in 1998, John S. Gaither had worked for the resins company for 32 years holding such positions as president of three divisions, chief operating officer, and chairman of European operations. Six years later, in 2004, he returned as president and chief executive officer of the then-money-losing firm. And it wasn't long after, at the end of September 2005, that he and five other executives bought Reichhold from its owner, Japan's Dainippon Ink & Chemical, for a mere $2.00.

Today, with a little more than $1 billion in annual sales from 18 plants in 11 countries, Reichhold is a profitable private firm employing 1,600 people, says the 64-year-old Gaither. Its biggest products are unsaturated polyester and alkyd resins for boat hulls, shower stalls, inks, and paints. The company is seeking new business in the developing economies of Latin America, Eastern Europe, and Asia. And it has a resins plant under construction in India and another facility on the drawing board to be built in China.

The longer story dates back to 1987, when Dainippon made a surprising hostile bid for the then-60-year-old Reichhold. It was surprising because the conventional wisdom at the time was that Japanese companies did not stage hostile takeovers. Dainippon, though, was a different kind of Japanese firm. A longtime licensee of Reichhold technology, Dainippon ultimately succeeded in taking over its former licensor for $540 million.

"It was not a successful acquisition," Gaither says today. Dainippon borrowed heavily against Reichhold's assets to pay for the acquisition. "Cultural disconnects" disturbed Dainippon's relationship with Reichhold during the nearly 20 years it owned the resins maker. And Reichhold went through seven CEOs during the Dainippon years, "creating a lot of confusion and disgruntled employees," Gaither recalls. "Many people left the company. 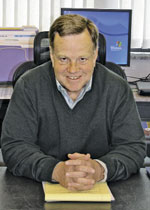 "When I left in 1998, I never dreamed I would come back," Gaither says. He stayed around Research Triangle Park, N.C., home to Reichhold and also a hotbed of biotech and other new technology companies. He served a stint as chief operating officer of start-up firm Industrial Microwave Systems. He then followed with a stretch as chairman of another venture- capital-funded company, Synthematix, a developer of lab notebook software that was eventually sold to high-throughput technology firm Symyx.

Just as he was getting close to buying a chemical firm with some partners, Gaither got a call from Dainippon about running Reichhold. "I had stayed in touch with Dainippon and actually approached them a couple of times about buying the company." Although they weren't quite ready to sell Reichhold, they convinced him to come back in May 2004.

Gaither persuaded a number of former executives to rejoin Reichhold with him. "We all knew each other. We respected each other. We trusted each other," he says. Among those who came back were William A. Branson, now senior vice president for operations and supply chain, and Rodney Biddle, senior vice president for global coatings. "Like me," Gaither says, "they both had more than 30 years with the company. I think we all felt like we were coming home and we had some unfinished business to do."

A short time after Gaither returned to Reichhold, Dainippon put its Japanese unsaturated polyester resin business into a joint venture with Hitachi Chemical. "As soon as I saw that, I thought Reichhold can't be too strategic for them," Gaither says. "And sure enough, they asked me if I was still interested in acquiring Reichhold. And I said 'absolutely.' "

At the time of the sale's closing in September 2005, Dainippon revealed that Reichhold had a 2004 net loss of $218 million on $930 million in sales. The deal Gaither and his associates made called for them to pay the bargain-basement price of $1.00 for the firm's U.S. assets and $1.00 for assets in the rest of the world. But even though Dainippon forgave $229 million of Reichhold's outstanding debt, the new owners were still on the hook for the remaining $202 million.

Within a few weeks of the closing, Gaither and his associates paid off $30 million of the debt with cash on hand and a bank line of credit. In 2006, they paid off the balance due Dainippon after floating a $200 million bond issue set to mature in 2014 and paying investors 9% interest.

According to Gaither, the process of rehabilitating Reichhold actually started with his return in 2004, when he and his team began improving the productivity of the company's operations. Dainippon had already spent a lot of money on the firm's plants. "They certainly were not neglected," he says. But many of the improvements "were made in an ivory tower." The improvements were well thought out but just needed some practical refinement.

The new owners talked with plant workers and brought back some of the older engineers who had left the company. With a bit of "tweaking and debottlenecking," the firm reduced production costs by 25%. "That stopped the bleeding," Gaither says. A headcount reduction of 15% also lowered costs and completed the return to profitability.

With costs under control and money coming in, Reichhold began to expand. In India, in the Pune district of Maharashtra state, the firm is building a 10,000-metric-ton-per-year unsaturated polyester resin plant scheduled to open later this year. The 10-acre site has room for expansion, Gaither says. China will be next, he adds, noting his company has plans for a similar-sized project there.

The revived Reichhold is no doubt drawing the attention of its rivals. John Roberts, a financial analyst at Buckingham Research Group, suggests that Ashland, also a maker of unsaturated polyester resins, might want to buy it. Because Ashland sold its petroleum interests to partner Marathon in 2005 for $3 billion, it has a lot of cash to invest, and Roberts suggests that Reichhold could be an acquisition target. Others that might be interested include competitors such as Hexion Specialty Chemicals, DSM, Cytec Industries, and New Zealand-based Nuplex.

But Gaither says he and his partners are not interested in selling out. "We didn't buy this company for a quick flip," he says. Besides, "we're having too much fun to sell now, and we believe we can create a more valuable company over time."

One way the firm expects to boost its value is by invigorating its R&D apparatus. The firm operates major R&D centers in Research Triangle Park; São Paulo state; and Sandefjord, Norway. "One of my biggest disappointments when I returned to Reichhold was that we were developing new products, but they were not innovative products," Gaither says.

That changed most significantly about six months ago with the introduction of a family of waterborne alkyd-based coating resins. Solvent-borne alkyds are widely used in industrial and architectural coatings, but they emit volatile organic compounds—precursors of atmospheric smog—as they dry. Reichhold says its novel latex alkyd offers product and environmental performance as good as or better than solvent-based counterparts. "I think it has a chance to rejuvenate our coatings resins business," Gaither says.

Reichhold will continue to grow aggressively in the developing economies of Eastern Europe, Asia, and Latin America, Gaither predicts. Although Reichhold is an old-line company, it has robust franchises in coatings and composites resins, he says. Gaither is confident that with new technologies and an expanding global manufacturing operation, the company's profitability and continued independent survival are sure bets.