Information, Please
[+]Enlarge
Credit: Dreamstime
Data on a chemical's toxicity can be derived from studies ranging from cell-culture tests to animal bioassays. 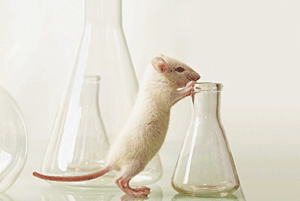 Credit: Dreamstime
Data on a chemical's toxicity can be derived from studies ranging from cell-culture tests to animal bioassays.

THE U.S. SYSTEM for regulating commercial chemicals may be on the verge of a major shake-up. Momentum for such a change is due in part to a lack of information about the toxicity of many chemicals.

The Environmental Protection Agency regulates the manufacture of commercial chemicals under the 1976 Toxic Substances Control Act (TSCA). To determine if it needs to control any of the chemicals that are on the market, EPA must have toxicity data. Although TSCA authorizes the agency to force chemical manufacturers to test their products for potential toxicity, doing so is cumbersome, time-consuming, and expensive for the cash-strapped agency.

A number of factors, both international and domestic, are increasing the probability that Congress will overhaul TSCA. The chemical industry likely won't be enthusiastic about the result.

First, the European Union's recent law—Registration, Evaluation & Authorization of Chemicals (REACH)—is reverberating through supply chains worldwide. It has its opponents, but the law is also garnering supporters who hold REACH up as a model for modernizing chemical regulation elsewhere, in part because it requires companies to supply toxicity data as a condition of being in the EU market. Second, the Canadian government is in the midst of evaluating 23,000 chemicals in commerce within its borders and is starting to regulate chemicals identified as a risk to people or the environment. The Canadian efforts, most notably the government's recent decision to ban the use of bisphenol A in baby bottles, are also stepping up pressure on the U.S. to tighten its regulation of chemicals. And third, California is expected to announce this summer a plan to promote green chemistry, an effort that could include a regulatory component that would resemble REACH more than TSCA.

In addition, this year Congress has taken more interest in EPA's assessment and regulation of chemicals than it has in many years. It held several hearings this spring and is planning more. Bills to overhaul TSCA are also pending.

One of the chief causes for discontent with the U.S. chemical regulatory system has to do with the lack of toxicity information about tens of thousands of chemicals that have been on the market since before 1980—the year EPA began reviewing new chemicals before they enter commerce. Toxicity data on many of the chemicals marketed before 1980 is nonexistent or is privately held by companies.

For the past decade, EPA has relied on the chemical industry to voluntarily provide the toxicity information that the agency lacks about mass-produced substances. In 1998, EPA joined with the advocacy group Environmental Defense Fund and the American Chemistry Council (ACC), an industry trade association, in an initiative to generate and make public toxicity data on more than 2,500 organic compounds made or imported in amounts of 1 million lb or more per year. The agency is using this newly provided information, along with other data about exposure, to screen these high-production-volume (HPV) chemicals and determine which ones could endanger people or the environment, thus meriting greater scrutiny by regulators.

AS PART of the effort, called the HPV Challenge Program, manufacturers of nearly 2,000 HPV chemicals signed up to provide the information. The program's deadline for sending the data to EPA passed in 2005, although information collection continues. Now, three years later, companies have made final submissions to the agency for a little more than half of the sponsored chemicals, says Richard A. Denison, a senior scientist at the Environmental Defense Fund who is tracking the progress of the initiative. Industry has provided initial, but not final, data for about another 25% of the sponsored chemicals, he says. Despite committing to do so, manufacturers have not turned in information for the last one-quarter of the substances, he adds.

Plus, producers of some 270 substances identified in the challenge program have simply not volunteered to produce the toxicity data. Those involved in the program call these substances "orphans" because they lack sponsors.

More than half of those 270 orphan chemicals, however, may no longer be made in amounts of 1 million lb or more per year, says James Willis, director of EPA's Chemical Control Division. If their production levels have fallen below the HPV threshold, the substances will be dropped from the challenge program, even though the deadline for submissions has passed, he says. To make this determination, EPA is reviewing production data that chemical makers were required to provide the agency by early 2007.

Getting basic toxicity data on all remaining unsponsored HPV chemicals is a priority for the agency, Willis says. "We will absolutely chase down" data for orphan substances that are still manufactured or imported in amounts of 1 million lb or more per year, he tells C&EN.

This means that to get the information EPA will go through a years-long regulatory process. In 2006, the agency issued a regulation requiring manufacturers of 16 of the orphan chemicals to test them for toxicity. Later this year, the agency expects to propose a second regulation for another 16 to 20 unsponsored HPV chemicals, and it is in the early stages of crafting a third that will also target another 16 to 20 substances, Willis says. EPA will issue "as many rules as it will take" to get data on all HPV compounds, he adds.

TO ENSURE that EPA has all the data the companies agreed to provide through the HPV Challenge Program, the agency is still examining companies' submissions, Willis says. If information is missing, EPA plans to negotiate a legally binding deal with the sponsor to obtain it—or the agency will issue a regulation to force manufacturers to generate it, Willis says.

"We will ensure that the sponsorship commitments are met," Willis tells C&EN. "It's the key thing that gives the entire program credibility."

Since the HPV Challenge Program set its list of chemicals, production of hundreds more substances has ramped up and crossed the 1 million-lb-per-year mark. In response, ACC, in cooperation with the Soap & Detergent Association and the Synthetic Organic Chemical Manufacturers Association (SOCMA), unveiled a program in 2005 to produce toxicity information on 574 substances that reached HPV status but are not in the challenge program. The chemical trade groups said their program, called Extended HPV, would "provide EPA and the public with an extensive source of chemical safety information" on these mass-produced substances by 2010.

In 2006, ACC announced companies had committed to provide information on 231 of these new HPV chemicals. Now, in 2008, that number has risen by three to 234, according to ACC.

"We'd like it to be higher, but it's pretty good," says Christina Franz, ACC director for health, products, and science policy. Plans are in the works to post on the Internet which of the 574 chemicals have been sponsored and which haven't, Franz tells C&EN. She says that companies have submitted information for 12 of these chemicals thus far, although those data have not yet been made public.

Denison is less optimistic about industry's separate effort on HPV chemicals. "The Extended HPV program, as far as I can tell, has failed," he says.

He questions the rationale of pursuing voluntary programs to generate basic toxicity information on commercial chemicals when these efforts haven't produced the data EPA needs.

"Industry probably realizes EPA can't do much about it" if companies miss deadlines or don't sign up for voluntary efforts, Denison says, noting the resources and time required for the agency to issue a regulation to get the information.

IN ANY CASE, EPA is forging ahead with voluntary efforts to get toxicity data. It is entertaining the possibility of a challenge program for some 400 mass-produced inorganic chemicals. Also, as part of the North American Security & Prosperity Partnership, the Bush Administration in 2007 committed EPA to assessing the risks from more than 9,000 chemicals with U.S. production volumes of at least 25,000 lb per year by 2012. To fulfill this pledge, EPA launched its Chemical Assessment & Management Program, which will rely heavily on data voluntarily provided for HPV chemicals.

Franz calls EPA's new assessment and management effort "the culmination and realization of all the work done under the HPV Challenge Program" and the efforts under industry's Extended HPV initiative.

But Denison says EPA has set itself too ambitious a target. "They're overstating what they're going to be able to do" by 2012, he says. Plus, the agency's heavy reliance on a voluntary program to get basic toxicity data demonstrates how limited EPA's authority is to get the information.

In the meantime, a number of lawmakers in Congress are expressing concerns about the dearth of toxicity data on chemicals. They are considering reforming the current regulatory scheme.

In May, Sen. Frank Lautenberg (D-N.J.) and Rep. Hilda Solis (D-Calif.) introduced identical bills (S. 3040 and H.R. 6100) to overhaul TSCA and require chemical makers to demonstrate the safety of their products by providing basic toxicity data for them. Under these measures, companies could not legally make or import into the U.S. any substances for which this information is lacking.

The chemical industry opposes the legislation and fiercely defends the current system for regulating commercial substances. TSCA, industry groups have long contended, is working. A statement from SOCMA says the Lautenberg-Solis measure "ignores the vast amount of health and environmental data that industry currently provides the government, by law and voluntarily, as well as EPA's current ability to seek additional data and to restrict products and uses."

However, supporters of the proposed legislation view EPA's current powers as deficient. They point to REACH and Canada's efforts—and they are calling for reform of TSCA.

Realistically, the chances of lawmakers overhauling TSCA before the November election are slim. But the odds are likely to be better when a new Congress convenes in 2009.