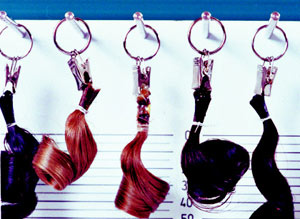 EUROPE'S SILICONES industry boasts some impressive numbers. The silicones value chain generates $14 billion each year for the European economy. Almost 100,000 companies—most of them small and medium-sized—use silicone compounds directly in their manufacturing, while contributing to the livelihood of more than 140,000 downstream companies of many sizes and activities.

And all of that from an industry based on production from six major European producers: Bluestar Silicones, Dow Corning, Evonik Industries, Momentive Performance Materials, Shin-Etsu Silicones, and Wacker Silicones.

Those were the main findings of a study released this spring at a seminar on competitiveness and sustainability. "A Socio-Economic Study on Silicones in Europe" shows just how pervasive these specialty materials have become in European industry.

The study, by the European Center for Silicones (CES), concludes that because of their versatility and ability to enhance performance, silicones are used by thousands of companies, supporting jobs, stimulating innovation, and creating wealth via a diverse range of final products. Applications include wind turbines, automobiles, window glazing, medical equipment, detergents, and computers. Construction and electrical and electronics are the leading end markets by value of final products.

Moreover, the silicones industry is growing strongly at about 5% per year, well above the average for European economic growth.

CES, a sector group of the European Chemical Industry Council, commissioned the study by Belgian consultants De Walque & Associates. According to CES, the project was envisaged as part of the silicone industry's commitment to provide regulators with high-quality data, to maximize transparency, and to understand the role its products play in the European economy.

"Silicones are a crucial and integral part along a chain of societal benefits and wealth creation that significantly benefits all Europe," CES Chairman Peter Cartwright said in releasing the study. "With increasing competition from other global regions, the future of our manufacturing base depends on products like silicones that offer wide-ranging opportunities for innovation and development."

STUDIES such as this are frequently commissioned because of particular threats, looming or feared. But that was not the case for the CES study, says Klaus Hoffmann, European area president and global supply chain director for silicone rubber at Dow Corning. "We all just thought it was about time to look at the whole European silicones industry, and also at the developing economies in Europe," Hoffmann says.

The data collection started in 2006, he says. This was about the same time that the European chemical industry was in the final stages of readying for the launch of the European Union's REACH program, which stands for the Registration, Evaluation, and Authorization of Chemicals.

There wasn't a direct link between the study and REACH, Hoffmann says. However, given silicones' ubiquity, the industry wanted to look at what would be covered by implementation of the whole REACH program, he explains. "The whole silicones industry began to realize that it would be in our common interests to work together" and support a study by independent consultants, he adds.

The De Walque team traced the silicones value chain from raw material sand to silicon metal and then to basic silicone fluids, elastomers, and resins. Those are incorporated into formulated products and distributed to end users. Putting numbers to the chain, the consultants started their chain at a notional figure of 5 euros—roughly $7.50—and analyzed the value added throughout its links. By the time the final products made it to industrial customers or the retail outlet, that 5 euros had swollen to 25 euros.

The consultants identified six user sectors: construction and sealants; electrical and electronics, including appliances, utilities, and cable; industrial, including equipment, plastics, and chemicals; personal and lifestyle, including health care, personal care, and home care; special systems, made up of adhesives, coatings, paper, textiles, and leather; and transportation.

Construction is by far Europe's largest sector, consuming 200,000 of a total of 480,000 metric tons per year of basic silicones. It also accounts for 1.6 million of a total of 3.9 million metric tons of final silicone-containing products.

Water Stopper
[+]Enlarge
Credit: Wacker Chemie
A coating of water-repellent silicone resins prevents moisture from penetrating the concrete of bridges and other structures. 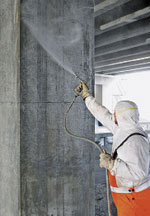 Credit: Wacker Chemie
A coating of water-repellent silicone resins prevents moisture from penetrating the concrete of bridges and other structures.

ACCORDING TO Christof Bachmair, head of the press department at Wacker Chemie, the study demonstrates the high market acceptance of silicones and the industry's sophisticated value chain. "The study confirms that, thanks to their versatility and ability to enhance performance, silicones are now used by thousands of companies, supporting jobs, stimulating innovation, and creating wealth via an exceptionally diverse range of final products," Bachmair says.

"From our perspective, nothing came as a complete surprise. It was along the lines of what we expected," Dow Corning's Hoffmann says. "But it is always interesting to get a complete picture. What was amazing was the numbers—how big they become" when the entire value chain is followed. That is especially true, he adds, regarding the number of employees linked to the industry.

"The key driver was really to strengthen the profile of the silicones industry and get a common understanding of the whole market," Hoffmann says.

And one of the main conclusions reached in the study, he adds, is that although there is "huge potential" for the silicones industry in developing economies such as China and India, there is also significant potential in regions closer to home—Central Europe, Eastern Europe, Turkey, and the Middle East—where consumption is lower than in Western Europe.

"There is a lot of growth there," Hoffmann says. In addition, "these countries are not only seeing potential growth but also innovations in application of silicones."

According to Hoffmann, people in many developing countries nowadays are able to meet their basic needs and are starting to enjoy the luxury of purchasing goods for aesthetic appeal. As manufacturers of consumer products respond, they often look to silicones.

"If your basic need is to have a textile covering your body," that is where things start, he points out. "But eventually, consumers will be looking at touch, or feel, or whether a textile will be water-repellent, and so on." That later level, he adds, "is driven by comfort."

The automotive industry reflects similar levels of needs. If only a small percentage of a population has a car, the design concerns of automakers are different than if driving is commonplace and car companies are trying to build luxury into what is essentially just a means of transportation. In both cases, silicones can become an engine for innovation and provide a base for products that perform better, he adds.

ANOTHER BENEFIT of the CES study that Hoffmann, for one, found was in pinpointing ways in which silicones support sustainable growth. "Many of the products we have go way beyond what will be required by REACH" in terms of safety, he says. Silicones, he adds, help increase durability and performance and reduce energy and water consumption.

"There are many applications where silicones are helping on sustainability," he argues. As an example, he cites high-voltage insulators, which in the past have been very heavy. Made with silicone rubber, they are lower weight and highly durable. Such insulators need less service, and because they weigh less, they also require less massive steel beams—or fewer beams—for support.

As another example, Hoffmann points to a new denim processing plant in India. The silicone processing additives enable the plant to use less water and generate less waste, he says.

"These are just two of a long list of examples" of the contributions of silicones to sustainable development, Hoffmann says. Silicones, he concludes, impart "sustainability benefits, as well as direct added benefits."