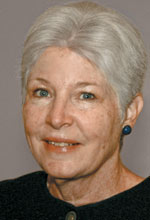 A VICE PRESIDENT of the American Chemistry Council and the scientist whose views the industry group asked EPA to strike from a scientific review panel's final report faced off against each other before Congress last week.

At ACC's request, EPA in 2007 removed the views of Deborah Rice, a toxicologist with the Maine Center for Disease Control & Prevention, from the final draft report from an external peer review panel she chaired. The panel had examined the agency's draft risk assessment for four polybrominated diphenyl ethers (PBDEs), a group of flame retardants. ACC cited Rice's appearance before the Maine State Legislature, where she said safer substitutes for deca-BDE are available, as having the appearance that Rice would not be an objective and impartial judge of the science (C&EN, April 14, page 35).

"The only evidence provided by the ACC that I performed in a biased manner with regard to the peer review was that they disagreed that deca-BDE produces a specific health effect," Rice told the House of Representatives' Energy & Commerce Subcommittee on Oversight & Investigations, which is examining scientific integrity at EPA.

Rice said her testimony before the Maine State Legislature dealt with whether safer substitute chemicals were available for deca-BDE and not with the EPA review that addresses a safe daily dose for four PBDEs. She noted that she and ACC made identical scientific criticisms of the studies on which EPA based its safe daily dose for the PBDEs.

Sharon H. Kneiss, vice president of ACC's products divisions, said Rice has "made her mind up on the science and taken sides." She said that EPA's attempt to "unring the bell" by removing Rice's scientific views from the report was not effective and that the review process was flawed.

However, Rep. Bart Stupak (D-Mich.), chairman of the subcommittee, noted that it appeared Rice's views were removed from the peer review panel "because she had expertise on the chemical in question and was asked to provide that expertise to a state legislature."

Industry will not benefit from EPA's final PBDE assessment, Kneiss said, because the safe daily dose it has set for deca-BDE "is three orders of magnitude lower than if it were based on the best available science."