Getting Rid Of Mercury

All Fired Up
[+]Enlarge
Credit: Luminant
Texas utility Luminant has a six-year contract to buy activated carbon from ADA-ES to control mercury emissions from this coal-burning plant and others in Texas. 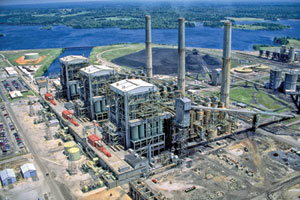 Credit: Luminant
Texas utility Luminant has a six-year contract to buy activated carbon from ADA-ES to control mercury emissions from this coal-burning plant and others in Texas.

In ancient Roman mythology, Mercury was the fleet-footed messenger of the gods. But in today's world, mercury is an unloved messenger of destruction. A neurotoxic metal, mercury spews from coal-fired power plants and infiltrates the environment; it is especially damaging to fetuses as they are developing.

Mercury is present in coal in only minute amounts, but the 1,100 electricity-generating utilities in the U.S. burn so much coal that they send 48 tons of mercury up and out their chimneys each year. To reduce the public health threat, about 20 eastern states have either begun or will shortly begin to regulate mercury emissions from the largest coal-burning power plants.

By 2013, if a long-anticipated federal rule imposing such regulations nationwide goes into place, mercury control will be big business. Suppliers of abatement chemicals and catalyst control technologies expect a market of $500 million a year or more. Many providers are racing now to position themselves for this new market.

For the near term, utilities are adopting activated carbon to control mercury emissions. Activated carbon is usually made by heat-treating coal to create a porous structure. Its largest application, consuming about 250 million lb per year in the U.S., is removing organic contaminants from drinking water.

When injected into power plant flue gas, activated carbon adsorbs mercury and then gets captured in the plant's waste fly ash. The technology reduces mercury emissions by 90% or more, meeting both state and the anticipated federal targets.

Bob McIlvaine, president of the consulting firm McIlvaine Co., projects that the U.S. market for activated carbon in flue gas treatment will jump from about 10 million lb in 2010 to 350 million lb by 2013. Demand "could be huge," he says. Major activated carbon producers Norit and Calgon Carbon are adding capacity now, and at least one new supplier, ADA Environmenal Solutions (ADA-ES), is building a new plant to meet the anticipated demand.

But McIlvaine cautions that other solution providers find the mercury-reduction market tantalizing. Some selective catalyst-reduction systems already use urea and a metal or zeolite catalyst to remove nitrogen oxides from power plant flue gas. Makers of these systems are working now to tweak catalysts to also remove mercury. Gold or platinum catalysts might do the trick too. And a professor at Washington University in St. Louis is investigating the use of titanium dioxide as both a catalyst and adsorbent to remove mercury. 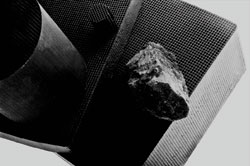 Calgon Carbon is taking a conservative approach to the activated carbon market. Bob O'Brien, senior vice president of the firm, acknowledges that mercury abatement "looks like a big growth opportunity for us and the activated carbon industry in North America," but he wonders how big the market will actually be. "Opportunities based on environmental regulations often start with talk of huge markets. In the end, though, the markets are usually smaller than were originally expected," O'Brien says.

Already the business is slow in emerging. Because a federal appeals court invalidated a proposed Environmental Protection Agency rule earlier this year for not being strict enough, McIlvaine expects that a new federal rule is now three years away. That limits the opportunity in the meantime to the 20 or so states that have already forced the issue.

Still, Calgon Carbon is eager to capture a share of what is undoubtedly a growing market for activated carbon. The firm has spent $20 million to ready an activated carbon line in Catlettsburg, Ky., that has been idle since 2003. Scheduled to start up early next year, the line will add 70 million lb per year to the firm's existing activated carbon capacity. "We'll be in a position to provide for the power industry's needs in the next few years, and we'll add capacity as necessary," O'Brien says.

Likewise, Norit sees significant opportunities ahead to supply U.S. power producers and is more upbeat about the potential size of the market. If a federal rule does come into place, says Ron Thompson, chief executive officer of Norit Americas, the mercury-mitigation market for activated carbon could be larger than the water treatment market.

Norit expects an expansion of its existing Marshall, Texas, plant to come on-line early in 2009. And it recently entered a joint venture with coal-mining firm Sherritt International to build the first of four 30 million-lb-per-year activated carbon plants in Saskatchewan. Norit and Sherritt plan to spend $200 million on the plants to supply coal-fired utilities in both the U.S. and Canada.

And Corning, the glass company, has developed a sulfur-impregnated activated carbon filtration brick to get the mercury out of flue gas. Based on extrusion technology it developed to make the ceramic core of automobile exhaust catalytic converters, the honeycomb-like filters capture more than 90% of the mercury in flue gas, says Gary S. Calabrese, Corning's vice president and director of new business development.

Although activated carbon in various forms holds the most immediate promise for mercury reduction, other technologies are under development. Suppliers of selective catalyst reduction technology such as Haldor Topsøe, Johnson Matthey, and Cormetech, a joint venture between Mitsubishi Heavy Industries and Corning, have done work to improve the oxidation of mercury for removal in flue gas wet scrubber systems. Cindy Khalaf, president of Argillon, a company recently purchased by Johnson Matthey, says new catalysts under development not only remove nitrogen oxides but can remove up to 95% of mercury if fluorine or bromine, which promotes oxidation, is also in the flue gas.

Pratim Biswas, who chairs the department of energy, environmental, and chemical engineering at Washington University in St. Louis, says titanium dioxide shows promise as an efficient mercury-removal mechanism. Laboratory and pilot-scale tests, underwritten in part by the Department of Energy, show that with ultraviolet light activation, flue gas injections of titanium dioxide can adsorb more than 90% of mercury, he says. Vanadium-treated TiO2 would work too, without UV light activation, he adds.

For a small company like Solucorp, even a 1% share of the mercury-reduction market will provide a tidy profit, Spindler says. And for the bigger firms, the payoff, especially for the technologically fleet of foot, could mean a sizable new source of sales and income.

Share X
To send an e-mail to multiple recipients, separate e-mail addresses with a comma, semicolon, or both.
Title: Getting Rid Of Mercury
Author: Marc S. Reisch
Chemical & Engineering News will not share your email address with any other person or company.