Company Of The Year

Huntsman's struggle to get acquired puts it on top 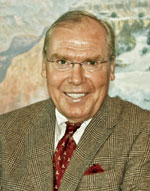 IT WAS TEMPTING to give C&EN's 2007 chemical company of the year, Dow Chemical, the same distinction in 2008. Dow did, after all, sign the year's biggest deal, the $18.8 billion acquisition of Rohm and Haas.

That the purchase hasn't been cancelled amid what financial historians will probably call "The Great Panic of 2008" is a great accomplishment for Dow. To pay for it, Dow was to sell half of its commodity petrochemical and plastics business to Petrochemical Industries Co. (PIC) of Kuwait.

The formation of that venture was called off last week. With oil prices less than half what they were a year ago, the pockets of Kuwait Petroleum, PIC's parent, aren't as deep as they once were. Moreover, a long and severe downturn in the petrochemical industry is getting under way. Dow negotiated a $2 billion discount with PIC, but that wasn't enough. Rohm and Haas hopes Dow will still acquire it.

BASF also deserves consideration. It is buying Swiss specialty chemical maker Ciba. This is certainly one of the year's blockbuster deals, but it is unsurprising as far as $5.5 billion transactions go. Ciba has been an acquisition target for years. And the world's largest chemical company has been making a lot of purchases to grow bigger.

But for newsworthiness and sheer human drama, Huntsman Corp. is the clear choice. The battle over whether Hexion Specialty Chemicals should be forced to buy Huntsman for $28.00 per share—$10.6 billion, including debt—had the Wall Street-versus-Main Street dynamic that was so talked about in 2008. And Apollo Management, Hexion's parent company, and Huntsman were cast perfectly as protagonist and antagonist.

Leon Black, Apollo's founder, worked from 1977 to 1990 at Drexel Burnham Lambert, where at various times he led the mergers and acquisitions group and the corporate finance department. Joshua Harris, Apollo's cofounder, is also a Drexel Burnham alumnus. Drexel was as close to the epicenter of the 1980s greed-is-good culture as one could get. Remember Michael Milken and junk bonds?

On the other hand, if during the holiday season you watched "It's a Wonderful Life," then George Bailey might serve as a useful fictional approximation of Huntsman's founder, Jon M. Huntsman, or at least his public face.

I visited his office in 2006, soon after he had rejected an earlier buyout offer from Apollo. On the flight to Salt Lake City, I read his book "Winners Never Cheat" about rectitude in business and generosity in private life.

After a long interview, Huntsman gave me a tour of the first floor of the firm's headquarters. It houses a small museum of Huntsman business innovations, such as polystyrene foam egg cartons and clamshell containers, as well as installments on the Huntsman Cancer Institute and other company humanitarian efforts.

At the end of my tour, he took me to the cafeteria. "Have anything you want on the chairman," he said. I hesitated. "Gee, Mr. Huntsman, I don't know." From a cauldron of hot soup, Huntsman personally ladled out a bowl. "There," he said. "now you have to eat it." And I did.

It wasn't difficult for me to understand how the relationship between Huntsman and Hexion got ugly.

Because I knew that business is personal for Jon Huntsman, it wasn't difficult for me to understand how the relationship between Huntsman and Hexion got ugly. The deal was announced in July 2007. By March 2008, the companies had decided that Hexion's chief executive officer, Craig O. Morrison, would be the CEO of the combined company and Peter R. Huntsman, Jon Huntsman's son, would be chairman.

But in June, Hexion filed a suit in the Delaware Court of Chancery seeking permission to walk away. Hexion said Huntsman suffered from a "material adverse effect" that increased Huntsman's debt such that the combined company would be insolvent. Hexion said it couldn't find the necessary funding to close the deal.

Huntsman's stock price lost 40% of its value overnight. It swiftly filed suit against Apollo, including Black and Harris, for more than $3 billion. These are the damages Huntsman said it incurred because it went with Apollo's offer instead of proceeding with an earlier merger agreement with Basell. Huntsman accused Hexion of baiting it with a higher offer with the intent of forcing it back to the negotiating table at a cheaper price. "I am outraged," the senior Huntsman said about assurances from Black and Harris that "they never intended to keep."

AT THE DELAWARE TRIAL, Hexion accused Huntsman of covering up deteriorating performance. Huntsman charged that Hexion commissioned analysis of the deal from the investment bank Duff & Phelps that was contrived to fit its agenda. Huntsman discovered a Duff & Phelps internal memo that had the handwritten instructions "get out" on it.

Huntsman won. The judge told Hexion to try its best to complete the deal or cut Huntsman a really big check. That was Hexion's light on the road to Damascus. All that bad stuff it was saying about Huntsman in the other trial? It magically changed. The combined company would be swell. Hexion even sued the banks Credit Suisse and Deutsche Bank for refusing to pony up financing it didn't want just a month earlier.

Then, late last year, the drama ended. Instead of a merger, there was a settlement. Apollo is paying Huntsman $1 billion, some of it in the form of convertible notes that could make Apollo a major Huntsman shareholder. "We look forward to both companies traversing this economic cycle and prospering," Black said. As for Jon Huntsman, he is looking forward to doing what George Bailey never did: suing the pants off the banks.