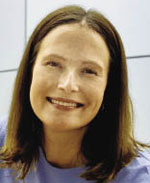 BRINGING TO BEAR its formidable resources as the world's largest scientific society, the American Chemical Society has a long, successful history of promoting public policies that advance the chemical sciences and its practitioners. The society also is called upon in its 1938 congressional charter to "investigate, examine, experiment, and report upon any subject in pure or applied chemistry connected with the national defense." Over the years, the society's role in public affairs has evolved and broadened.

ACS formed the Committee on Chemistry & Public Affairs (CCPA) in 1965 to oversee and guide its growing government affairs and science policy activities. The committee's charge is "to create a mechanism for providing advice and recommendations for ACS action on public policy matters involving the chemical sciences," says Kristin M. Omberg, CCPA's current chair and a group leader at Los Alamos National Laboratory (LANL).

Today, the committee advocates primarily for increasing federal investment in science and technology research. When it meets this month in Salt Lake City, the ACS Board of Directors will consider CCPA's request for a broader charter, which would include advocacy to support science, technology, engineering, and math education.

"I expect 2009 to be a particularly exciting year for CCPA," Omberg says. "Through our efforts, we will be adamant in holding President Obama to his promise to increase funding for physical science R&D and education."

CCPA works closely with the ACS Office of Public Affairs (OPA). Throughout the year, OPA staff update committee members on the status of relevant legislation being considered in Congress and current issues affecting the funding of agencies, and science policy.

Joint Committee of the Board and Council

CCPA's Policy Subcommittee works by "delineating those issues that have a special impact on ACS members and the chemical enterprise," Omberg says. The subcommittee is currently chaired by Jeffrey S. Gaffney, professor and chemistry department chair at the University of Arkansas, Little Rock, who has years of experience working with the Department of Energy.

The Policy Subcommittee spearheads CCPA's effort to formulate and revise specific ACS policy statements, which are then reviewed by the ACS Board of Directors. Primarily, these statements recommend R&D funding levels for each of the major federal agencies tied to the chemical sciences and technologies.

CCPA just received approval for a new energy policy statement that it drafted in conjunction with the American Institute of Chemical Engineers and the society's Committees on Environmental Improvement, on Science, and on Corporation Associates.

Omberg is pleased that the board approved the statement in time for the annual Legislative Summit. Joining representatives from other scientific societies, CCPA members converge on Capitol Hill each spring to meet with senators and representatives and their staffs to advocate for science. This year's summit is set for late April. CCPA members convene again each fall to visit federal agencies as they are preparing their annual research budget requests.

"We look forward to hearing how things are going under the new Administration," Omberg says. "Right now, people at the federal agencies seem to have a renewed energy. They believe that science is going to be more prominent in this Administration than it has been over the last few years."

Hoping to capitalize on the momentum, CCPA is also supporting the ACS Board's initiative to advocate for science at the local level. Its Grassroots Subcommittee, which is chaired by Sarah M. Mullins, a research specialist in 3M's Abrasive Systems Division, is asking ACS peers to engage their state and federal congressional delegations via local section Government Affairs Committees (GACs). The Grassroots Subcommittee is also encouraging ACS members to connect with the society's Legislative Action Network, which provides updates on ACS-relevant federal legislation.

This year, CCPA will also reach out across the society for input on the revision of ACS's Statement on U.S. Innovation Strategy for the 21st Century. In it, ACS urges policymakers to support science and technology R&D across government, industry, and academia in the interest of maintaining the country's competitive advantage.

The committee also remains active in its support of the ACS Congressional Fellowship program. Each year, its Fellowships Subcommittee, which is currently chaired by Douglas J. Raber, science policy consultant at GreenPoint Science, in Washington, D.C., selects two ACS members to serve the staff of a congressional member or committee.

Having drawn more than 40 applicants this year, CCPA is exploring the possibility of adding a third fellowship position in 2010, Omberg says. "We would like to see this program expanded, as it provides Congress with solid scientific expertise—something that we believe to be an important part of fulfilling ACS's congressional charter."

Elections
For District I director: Laura E. Pence
Policy
For Director-at-Large: Kristin M. Omberg
Policy
Speaking For More Than 158,000 Members
Share X
To send an e-mail to multiple recipients, separate e-mail addresses with a comma, semicolon, or both.
Title: Chemistry & Public Affairs
Author: Susan J. Ainsworth
Chemical & Engineering News will not share your email address with any other person or company.