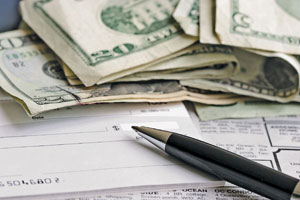 GIVEN THESE TUMULTUOUS economic times and signs of things to come, one can only look at last year's employment and salary situation for chemists with envy. As it turns out, 2008 was a very good year for chemists, who enjoyed higher salaries and lower unemployment. The results from the 2008 American Chemical Society comprehensive salary and employment status survey show that the median salary for chemists increased 5.7% from the year before to $93,000. Meanwhile, the unemployment rate dropped to only 2.3%, the lowest since 2001.

A comparison of 2008 median salaries with their equivalents from 10 years ago shows that chemists' pay has increased at a rate greater than inflation. In 1999, chemists with a bachelor's degree earned the equivalent of $63,900 in 2008 dollars, but the 2008 median salary is $9,100, or 14%, higher. Ph.D. chemists' median salary from 1999 in 2008 dollars was $96,900, but it has risen when calculated against inflation by $4,100, or 4%. Department of Labor data from the Bureau of Labor Statistics indicate that the Consumer Price Index went up an average of 2.5% per year during those 10 years.

Substantial gains in 2008 were also evident in the major categories of employment for chemists. The median base pay for all chemists working in business or industry rose above the century mark last year, reaching $102,000, a 4.1% jump compared with the prior year. For chemists employed by the government, the median salary was $96,000, up from $92,500 the year before, and those in academia saw a 4.3% gain in pay to $70,500.

At the same time, in 2008, more chemists were employed full-time and fewer were seeking jobs than in 2007. The survey found that 92.5% of chemists had full-time jobs, up slightly from 92.3% the previous year. Part-time employment increased as well, rising to 3.9% of chemists, up from 3.6% in 2007, but postdoctoral jobs were down, dipping to 1.3% from 1.7% a year earlier. The total of 7.5% of chemists who were either looking for work, employed part-time, or in postdoc positions was the lowest percentage since 2001, when the total dipped to 5.4%.

The 2008 annual survey was sent to 20,753 regular ACS members who were under the age of 70 and were most likely to be in the domestic workforce. Ultimately, 7,400 usable surveys, electronic and paper, were received by ACS from members, for a response rate of 35.7%. This rate was up slightly from the 2007 survey but still below the 50% rates characteristic of the late 1990s.

The survey was conducted and analyzed by Gareth S. Edwards and Jeffrey R. Allum of the ACS Department of Member Research & Technology under the guidance of the ACS Committee on Economic & Professional Affairs.

Several trends in the chemical workforce can be seen in the survey results. Notably, the percentage of men relative to women continues to steadily decline. In 1995, 78.5% of chemists surveyed were men. Last year, men composed just 73.9% of the total. Data that indicate the proportion of men and women working, broken down by the number of years since they received a bachelor's degree, show a steady increase in the percentage of women. They also show that for the most recent category, which is two to four years after an initial degree is earned, more than 51% of working chemists are women.

Although these trends are positive for the chemical profession, another is less so. The survey found that the age of employed chemists, and in particular that of ACS members, is steadily increasing. The average age of the chemists surveyed in 2008 was 48.1 years, an increase of 0.8 years from 2007. The average for men was 49.6 years and for women, 44.2. Moreover, an analysis of employed chemists finds that 42.8% were younger than 40 in 1985, but this under-40 figure fell to just 24.4% by 2008. The fact that those who responded to the survey are getting older and that older chemists generally receive higher salaries might mean that the median salary from the survey suggests a higher rate of salary increase than is true for the larger chemistry community.

SALARIES RELATED to age and experience also show an interesting trend. For most categories of chemists, such as gender or the highest degree achieved, the median salary rises until 30 to 40 years after the awarding of a bachelor's degree but then drops off slightly. This is also true for chemists working in industry. But for those employed by the government or academia, the increasing trend of median salary continues beyond the 40-year mark since the bachelor's degree.

Other demographic data for chemists seem to have shifted very little during the past few years. The percentage of employed African Americans responding to the survey has been just less than 2% of the total for the past eight years; the percentage of those claiming Hispanic ethnicity has been fairly constant, at about 3%; and the proportion of Asians has held steady at around 11%.

Most chemists work for industry or business. The 2008 survey found that more than 62% of chemists are employed by industry (including more than 82% of respondents with a bachelor's as their highest degree), whereas 29% are in academia and less than 8% have government jobs.

The percentage of chemists working in industry and academia has held steady for the past three surveys, indicating at least a pause in a trend in which more chemists were moving from industry to universities. In 2002, for instance, only 24% of respondents surveyed worked in academia, compared with 29% recorded since 2006.

ONE INCENTIVE to work for industry is that it seems to pay more, both in base salary and bonuses. The survey found that the greatest portion of nonacademic chemists, 26.9%, work in the pharmaceutical industry. The remaining industrial chemists are spread in much smaller percentages among a wide variety of employers. Some of these categories include 7.7% in the specialty chemical industry; 4.8% in biotechnology research; 4.1% in the coating, ink, and paint industries; and 3.7% in the plastics industry.

The highest salaries at any degree level are paid to managers. These chemists are probably older and have more experience, and their pay reflects that. The median base salary for a bachelor's chemists performing R&D management is $110,000, up 12.2% from a year ago, and the Ph.D. chemist managing R&D has a median income of $143,000, up $3,000 from last year's survey.

The base median pay difference between men and women chemists working in industry varies somewhat depending on the years of experience of the individual. ACS data show that younger chemists generally have smaller differentials based on gender than do those with 20 years or more in the workforce. For example, women with bachelor's degrees working in industry for five to nine years made 98% of their male colleagues' pay and those with a master's degree earned 100%. Women with 20 to 24 years' experience and a bachelor's degree, however, earned just 85% of what men with the same experience were paid. With a master's degree, women chemists made 90% of the base pay for comparably experienced men.

Compared with the salaries paid to chemists in industry, salaries paid to chemists employed at U.S. universities are somewhat lower. Moreover, only about 29% of survey respondents said they work in academia, compared with 62% who reported working in industry. The median salary for chemists working in academia with nine- to 10-month contracts was $70,500, which is 69.1% of the industrial median yearly pay.

The data on salaries in academia, when broken down according to the gender of the employee, also differ from the business and industry data. In general, women and men at universities receive similar pay. The median salary in 2008 for women full professors at Ph.D.-granting institutions was $117,500, or 98% of that for their male colleagues. For the assistant professor position, the median salary shift was just slightly greater at the same schools, with women getting $65,500 and men receiving $69,500, or about 6% more.

Although the gender gap in salary has been closing at universities, salary increases in academia have been fairly meager. Only larger, Ph.D.-granting institutions seem to be increasing chemists' salaries very much. At those schools, the median reported salary for all full professors with nine-month contracts rose 9.1% last year from $110,000 to $120,000. The median salary for full professors at non-Ph.D.-granting schools did not change significantly, staying at about $76,000.

CHEMICAL ENGINEERS represent only a modest fraction of the membership of ACS, and last year only 3% of the respondents identified themselves in this category. With such a small response, the numbers ACS has on salaries are likely not representative of the whole of chemical engineering.

This ACS employment and salary survey was conducted a year ago at a time when business and universities were only beginning to feel the impact of the current deep recession. Since then, numerous companies have laid off large numbers of employees, including many chemists, and some universities have stopped hiring new professors. The higher salaries and low unemployment figures in this survey are not likely to resurface in the near future.

Still, the growth in employment and strong base pay increases experienced by chemists last year, particularly by younger graduates and by women entering the workforce, indicate a positive longer term future for the profession.

Diversity
Faculty, this is our time to be students
Career Tips
Zoomed out? Here’s how to manage expectations
Careers
Career Ladder: Joyce Nethery
Share X
To send an e-mail to multiple recipients, separate e-mail addresses with a comma, semicolon, or both.
Title: Employment & Salary Survey
Author: David J. Hanson
Chemical & Engineering News will not share your email address with any other person or company.