Units Of Old, Joy Of Calories 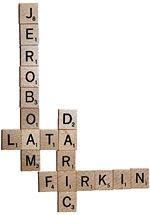 "Measure for Measure," a fat little book (4 by 6 inches) with 864 pages, takes on the ambitious task of describing the INTERNATIONAL SYSTEM OF UNITS, known more often as SI (1996, ISBN 1-889796-00-X). It takes that many pages for authors Richard A. Young and Thomas J. Glover to catalog more than 5,100 units and 39,000 conversions, along with a brief history of SI and sundry other features such as tables of physical constants.

Of interest to Newscripts this week, however, are the names assigned to units of measurement that are ancient or foreign (not U.S.). "Most units labeled as 'ancient' are from the Roman or Greek empires, Chinese or Japanese dynasties, or from ancient countries of the Middle East referenced in the Bible," the authors note. The 17-page-long entry on the gram lists the equivalent words across time and space as abbas (Iran); ass (Germany and Italy—and good for a laugh); daric (ancient Hebrew and Persia, gold); a version of either drachm, drachma, or drachme in 32 nations from Austria to Ethiopia; hyaku me (Japan); lata (Costa Rica); scrupulum (ancient Rome); and many more. In Indonesia, thail is the equivalent of the gram and is used to weigh diamonds, opium, and precious metals.

Not completely explained in "Measure for Measure" is the firkin. According to "Webster's Third New International Dictionary, Unabridged," a firkin referred to "any of various British units of capacity usually equal to 1/4 barrel: as a: a unit equal to 9 imperial gallons b: an old unit for ale equal to 8 ale gallons," or specifically "a unit for butter equal to 56 pounds."

A word to the wise: These arcane units show up in crossword puzzles and are good to know when playing Scrabble. 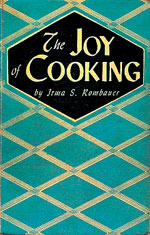 If you ingest a firkin or even a Jeroboam of anything, the CALORIES will take their toll. It's true that our bodies convert calories in food into biochemical energy, but we know those calories also can produce expansive waistlines. Brian Wansink, a Cornell University professor of consumer behavior who served a presidential appointment as executive director of the Department of Agriculture's Center for Nutrition Policy & Promotion, and Collin R. Payne, an assistant professor of marketing at New Mexico State University, have spotted in home cooking the sort of upwardly directed caloric trend made iconic in fast-food restaurants that sell drinks in volumes known as Biggies.

Specifically, the authors analyzed the seven editions of "The Joy of Cooking" to determine how serving sizes and calorie density have changed since the book's first edition in 1936 (Ann. Intern. Med. 2009, 150, 291). They determined that the average calorie increase in 18 classic recipes was 35.2% over the past 70 years. This is due in part to the use of ingredients with more calories and in part to serving sizes that have increased 33.2% since 1996, after years of a much more gradual rise, Wansink and Payne say.

Science Communication
Hammer time on Science Twitter and drummers keeping cool while keeping time
Education
New international students cannot enter US for online-only programs
Education
Chemistry-style fun and games
Share X
To send an e-mail to multiple recipients, separate e-mail addresses with a comma, semicolon, or both.
Title: Units Of Old, Joy Of Calories
Author: Arlene Goldberg-Gist
Chemical & Engineering News will not share your email address with any other person or company.