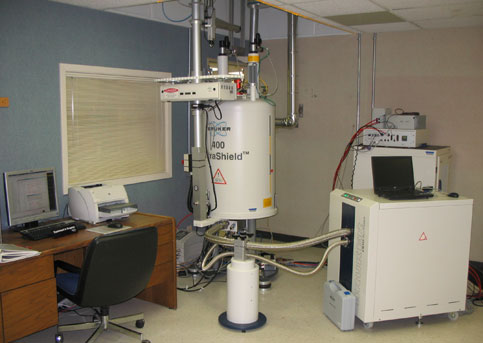 A new data-collection probe for 13C NMR spectroscopy improves sensitivity for polymer samples at 120–135 °C, a group led by Zhe Zhou of Dow Chemical reports (J. Magn. Reson., DOI: 10.1016/j.jmr.2009.07.017). The high temperatures are particularly important for studying polyolefins, which require heating above 120 °C to solubilize completely in commonly used NMR solvents, Zhou says. The researchers engineered the probe so that data-collection components could be cryogenically cooled while the sample remains hot. The sample tube itself has a diameter of 10 mm, which is twice that of conventional cryoprobes. The team tested the new probe by examining a propylene-octene copolymer, collecting data in less than three days for a two-dimensional NMR experiment that normally would have taken two and a half months. The researchers were able to determine not only the carbon connectivity of the polymer but also errors in polymerization regioselectivity. The probe will enable detailed polyolefin characterizations that are important for understanding the mechanism of polymerization catalysts and the effects of rare structural variations on the polymer’s physical properties, the scientists note.