Most Popular in Research Integrity 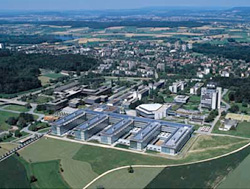 Falsified data published in two papers and a doctoral thesis from chemist Peter Chen's research group at the Swiss Federal Institute of Technology, in Zürich, (ETH) has led Chen to offer to resign from his university post as vice president for research and corporate relations.

Chen will remain a professor of physical organic chemistry at the university. Through several press releases, the university administration has praised Chen's commitment to science, despite the current events.

In January 2009, Chen asked the university to appoint a scientific board of inquiry after his group and others failed to reproduce data from two papers published in 2000 in the Journal of Chemical Physics (113, 561; 112, 2575). A retraction has been issued for the latter paper and will be published on Oct. 14, according to the journal's editor, Marsha I. Lester.

The five-member investigation committee, led by Andreas Pfaltz, an organic chemist at the University of Basel, had access to more than 40 laboratory notebooks of former Chen graduate students and postdocs in the course of the investigation. However, the notebooks from the student who performed the experiments in question, as well as the student's raw data, were never found.

Spectra of allyl radicals, acquired through an unusual spectroscopic technique called zero kinetic energy (ZEKE) photoionization, "show inconsistencies indicative of fraud," notes the report. In particular, the data could not be reproduced and the background noise is exactly the same in several allyl radical spectra, as well as in a propargyl radical spectrum.

All individuals involved in the research agreed with the investigation committee that the data were falsified, but all involved deny falsifying the data, the report notes. The origin of the manipulated data "cannot be traced closer to its source because of the missing laboratory notebooks and raw data files," the report says.

The Swiss newspaper Tages Anzeiger reports that the doctoral student has left chemical research to become a financial analyst with the bank UBS. C&EN was unable to reach the former student at press time.

"We would like the report to be released but cannot by orders of the court," Eichler notes. "It's very important for researchers to know that it makes no sense to fabricate data. It will always come out because science relies on reproducibility."