Colleagues, puzzled by charges, wonder whether it is all a misunderstanding 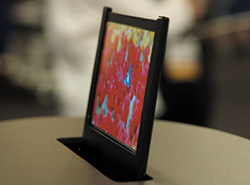 DuPont has fired a chemist who worked at the firm's research station in Wilmington, Del., and filed a breach of contract lawsuit against him. The suit, filed late last month, charges that Hong Meng stole trade secrets and intended to share them with a new employer, China's Peking University, in violation of the employment contract he signed when he joined DuPont in 2002.

In mid-September, Meng's attorney, Joseph M. Bernstein, filed court documents denying that his client breached contract agreements with DuPont or accepted a position at Peking University, from which he received a master's degree. Bernstein tells C&EN that Meng is "highly regarded in the science community and worried this suit will affect his reputation."

C&EN was unable to contact Meng directly for comment. However, Dmitrii F. Perepichka, an assistant professor in the chemistry department at McGill University, in Montreal, and Meng's friend, tells C&EN in an e-mail, "A few months ago, Meng received an interesting offer from Peking University." As of early August, the last time the two were in touch, Perepichka says, Meng was seriously considering the offer and hoped "somehow to maintain his links with DuPont."

Because his wife moved back to China a few years ago, Meng was looking to return as well, Perepichka says. In recent years, Meng spent a lot of time working for DuPont in Shanghai, where the firm opened an R&D center in 2005. During that time, however, Meng had maintained his base in Delaware.

Meng's work involved the development of low-cost organic light-emitting diode (OLED) materials. It is a competitive and potentially lucrative market. Big companies including DuPont, Bayer, BASF, and General Electric are competing to develop processes and materials for next-generation OLED lighting equipment and displays to be used in computers and mobile phones.

In addition to Perepichka, a number of Meng's academic colleagues say he is a consummate professional with a number of patents to his name. They tell C&EN that they are stunned at the charges leveled against the Chinese researcher, who received a Ph.D. in chemistry from the University of California, Los Angeles, in 2002. In an e-mail, Fred Wudl, professor of chemistry and materials at UC Santa Barbara and Meng's thesis adviser, writes, "I cannot help but think this must be a very bad case of misunderstanding."

DuPont's complaint, filed in the Court of Chancery of the State of Delaware, says the firm seeks "damages in an amount to be established at trial," along with the return of "misappropriated information" and "an injunction prohibiting Dr. Meng from working for Peking University." Bernstein has asked the court to dismiss DuPont's complaint and for "additional relief as the Court deems to be just and proper." If he is vindicated, Meng may be able to bring a defamation suit against DuPont, Bernstein suggests.

According to papers DuPont filed with the Delaware court, Meng was scheduled to transfer from Delaware to work for the firm in China. As part of the transfer process, DuPont reviewed the hard drive on his work computer; that is when the company says it discovered his "illicit connection" to Peking University. Management and corporate security officers interviewed Meng on Aug. 18 and 19. During those two days, DuPont says Meng denied that he had any relationship with Peking University and also denied that he had any DuPont confidential material other than what was on his DuPont-issued laptop computer.

When DuPont reviewed Meng's personal computer with his permission, the firm says, it discovered confidential DuPont materials. The company says it also found that Meng "had engaged in a surreptitious relationship with Peking University over a long period of time and that he plans to launch or already has launched a program with Peking University aimed at commercializing OLED technology for industrial applications in direct competition with DuPont." The firm fired Meng on Aug. 21 and filed its suit against him on the same day.

In a three-page document Bernstein filed in the researcher's defense, Meng denies that he had an illicit connection to the university or that he accepted a position there. He also denies any intention to disclose DuPont's trade secrets.

McGill professor Perepichka first met Meng in 2001 when Meng joined Wudl's group as a postdoctoral fellow. He tells C&EN that Meng "did a lot of first-class chemistry" while a member of the group.

In fact it was Meng, along with Wudl and Perepichka, who in 2002 discovered a way to make polythiophene polymers that could conduct electricity better than the polythiophenes commercially available at the time. The three published a paper on their efforts in the February 2003 issue of Angewandte Chemie International Edition (2003, 42, 658). Since then, Perepichka and Meng have coauthored three book chapters and two journal papers. "I can tell you that I have never had a reason to question Hong's scientific integrity," Perepichka says.

Although Perepichka says Meng was considering taking a position with Peking University when they last spoke, Perepichka is puzzled that DuPont would consider Peking University a competitor. "Universities are nonprofit organizations. How would they benefit from trade secrets?" he asks.

Wudl tells C&EN that when Meng was a doctoral student working in his group, then at UCLA, his work was of high caliber. "He's a very creative, inventive chemist. He's always been honest and very straightforward in dealing with me during his stay at UCLA or thereafter." Regarding DuPont's charges against Meng, Wudl adds, "I have not discussed this issue with Hong but would not hesitate to believe his take on it."

Ernest R. Gilmont, a competitive intelligence consultant and adjunct professor at the University of Pennsylvania, notes that China is a notoriously difficult place to protect intellectual property. "You could probably say there are no secrets in China," he says.

Furthermore, Chinese universities have closer alliances with businesses than is customary in the U.S., Gilmont says. And Chinese students tend to have stronger allegiances to their alma maters than to the companies they work for. DuPont may be worried that the OLED processes Meng had a hand in developing would find their way to Chinese competitors, Gilmont says. He adds that most U.S. firms would not allow an employee to work for a university without corporate approval.

It is true that China has made some progress recently in helping companies protect their intellectual property. For instance, Bayer CropScience recently won a lawsuit in the coastal province of Jiangsu against two Chinese firms for infringing patents on its herbicide mefenpyr (C&EN, Sept. 7, page 29).

But by and large, protecting intellectual property in China is hard. "Once the horse leaves the barn, particularly in China, it's very difficult to control," Gilmont says.