Phenomenex has unveiled its new Kinetex ultra-high-performance LC columns, which are based on the company’s core-shell silica particle technology. The 2.6- and 1.7-µm particles are available in three chemistries. The columns are compatible with any LC instrument platform, so users can achieve UHPLC performance with any system. Column performance is enhanced relative to that of columns with traditional, fully porous particles, the company says. The improved separation efficiency reduces solvent usage and increases column lifetime. 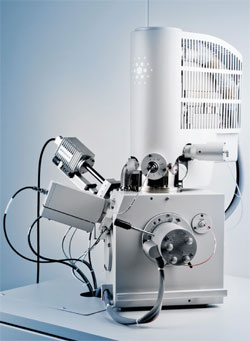 Two companies have announced the formation of service divisions. Beckman Coulter has formed Beckman Coulter Genomics, which has headquarters in Beverly, Mass., from the combination of Agencourt Bioscience and Cogenics. The division provides a range of DNA and RNA analyses, including next-generation DNA sequencing. Meanwhile, NanoInk’s Nano BioDiscovery Division has launched a contract research program based on the company’s Dip Pen Nanolithography platform. The program will provide protein array services, including assay development, analysis, and custom array printing.

ITT Corp. Space Systems Division has awarded PerkinElmer a $15 million contract for its rubidium atomic-frequency standards, which will be used as atomic clocks in the next-generation global positioning system. PerkinElmer will introduce engineering advances into its earlier atomic-clock technology and will deliver flight units for two satellites by March 2012, with a projected launch date of 2014. The contract includes options for up to 10 additional satellites.

Rigaku has introduced the NEX CG, a new benchtop energy-dispersive X-ray fluorescence spectrometer. The instrument can analyze elements from sodium to uranium in solids, liquids, powders, and thin films. The instrument’s Cartesian geometry optical system increases signal-to-noise ratio, and the use of secondary-target excitation instead of direct excitation improves sensitivity. In other news, Rigaku will offer the Mosquito nanoliter pipetting system from TTP LabTech as part of its CrystalMation automated protein crystallization platform.

Los Gatos Research, in Mountain View, Calif., has released its second-generation Liquid-Water Isotope Analyzer, which is based on cavity-enhanced laser measurements. The system can perform up to 120 measurements per day in high-throughput mode. According to Douglas S. Baer, the company’s president, the system has been field-tested in the H. J. Andrews Experimental Forest Long-Term Ecological Research site in western Oregon, where it was used for continuous measurement of hydrogen and oxygen isotopes in precipitation and stream water during three storms. Users of earlier models can obtain hardware and software upgrades to meet the new specifications. 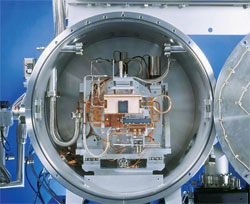 Bruker Energy & Supercon Technologies has signed contracts with the Department of Energy’s SLAC National Accelerator Laboratory for two mirror systems; with Korea’s Pohang Accelerator Laboratory for two double-crystal monochromators (example shown); and with the University of Lund, in Sweden, for a complete synchrotron station. The contracts total about $3.7 million. In addition, Bruker Daltonics announced the availability of the first 18-tesla magnet for Fourier transform mass spectrometry, which will dramatically increase the resolution, speed, and dynamic range of the method. The new magnet joins recently announced high-field offerings in NMR and electron paramagnetic resonance.

Celia H. Arnaud and Ann M. Thayer write Inside Instrumentation. Contact them via e-mail to instrumentation@acs.org.