Pinpointing Trends In Pesticide Use

Limited data indicate that pesticide use has dropped since the 1970s

Pinpointing Trends In Pesticide Use

Quantifying the impact of pest-management practices, organic farming techniques, and natural-product biopesticides in reducing the use of traditional synthetic pesticides in U.S. agriculture is not simple. Although the Department of Agriculture promotes a set of farming strategies known as integrated pest management (IPM) and administers the National Organic Program, tracking pesticide use is not the purview of USDA. That honor goes to the Environmental Protection Agency's Office of Pesticide Programs. 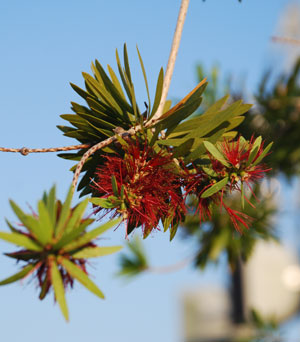 "But EPA doesn't collect pesticide use data anymore," notes Rosemary Hallberg, a spokeswoman for the nonprofit Southern Region IPM Center, based at North Carolina State University. EPA last reported pesticide use data in 2001, although the agency has continued to monitor pesticide residues on foods, study pesticide health effects, and approve registration of pesticides. USDA's National Agricultural Statistics Service, which produces the U.S. Census on Agriculture every five years, reports pesticide use by commodity but does not compile national totals, Hallberg says.

"We all miss the pesticide data, especially those of us who make a living off of IPM success stories," she laments.

The only known comprehensive study on trends in agricultural pesticide use was published in 2003 by the National Science Foundation's Center for Integrated Pest Management, which is colocated with the Southern Region IPM Center. CIPM's study, authored by retired EPA economist Arnold L. Aspelin, traces pesticide use in the U.S. from 1931 to 1997.

Data in the report reveal that conventional pesticide use, which includes agricultural and home and garden applications, steadily increased in the U.S. through the 1950s before declining slightly in the 1960s. The amount increased again until 1979, when it reached a peak of 1.46 billion lb of active pesticide ingredients used per year.

Pesticide use declined slightly in the 1980s and then leveled off in the 1990s, reaching 1.23 billion lb of active ingredients per year in 1997. The U.S. accounted for about 22% of the 1997 global total of 5.7 billion lb of agricultural pesticides used. About half of the 1997 U.S. total represented herbicide use and the remainder represented insecticides, fungicides, and other types of pesticides. Herbicide use remained steady from 1980 through 1997, whereas insecticide use steadily declined after 1975.

The total amount of pesticides used in the U.S. is actually much higher, about 4.6 billion lb in 1997, when nonagricultural uses are factored in. These uses include preservatives for treating wood; chlorine-based bleaches for water treatment and disinfectant applications; and specialty biocides for plastics, adhesives, and paints and coatings.

Aspelin notes in the CIPM report that the overall decline stems from better use of IPM, new low-dose insecticides, and the advent of biopesticides and genetically modified food crops. Arsenic-based chemicals dominated pesticide use until the 1950s, Aspelin reports, and then chlorinated organic compounds such as DDT were prevalent. Organophosphates and carbamates replaced those environmentally problematic compounds by 1975. Synthetic versions of natural pyrethrin compounds introduced in the late 1970s took over and led the insecticide market by 1997. Herbicide use took off in the 1960s, with triazine and other nitrogen-based compounds, carboxylic acids such as 2,4-dichlorophenoxyacetic acid, and glyphosate leading the way.

In EPA's 2001 report, U.S conventional pesticide use was holding steady at 1.23 billion lb per year, but the global amount slid to 5.35 billion lb. Total U.S. conventional and nonagricultural use rose to 5.0 billion lb in 2001. EPA spokesman Dale Kemery says the agency is working toward reinstating its annual pesticide reports, but it has not yet set a target date to begin.

Estimating trends in pesticide use since 2001 is possible by cobbling together data from several resources. For example, one study on the impact of genetically modified crops estimates that between 1996 and 2006 they have helped decrease global pesticide use by about 8% (AgBioForum 2008, 11, 21).

And pesticide use in California, one of the U.S.'s most prolific agricultural states, has fluctuated around 200 million lb per year since 1992, according to California's Department of Pesticide Regulation (DPR), which maintains the most complete record of pesticide use among the states. The volume declined in 2006 from 195 million lb to 188 million lb and declined again in 2007 to 172 million lb.

"While pesticide use varies year-to-year based on weather conditions, economics, types of crops, acreage planted, and other variable factors, the reduction in 2007 reflects our efforts to promote pest control through a combination of techniques that pose the lowest risk to public health and the environment," says DPR Director Mary-Ann Warmerdam. Among the California trends, use of organophosphates and carbamates, which are compounds with the most regulatory concern at the moment, declined more than 10% each in 2007, Warmerdam says.

The decrease in pesticide use occurring during the past 30 years has come about even though per-acre food production has increased and farmers are devoting more acres to biofuel crops such as corn and soybeans, which tend to require higher rates of pesticides. Sales data from pesticide manufacturers suggest that pesticide use remained flat in recent years but may be starting an upswing. As that happens, greener pesticide options now available or in the developmental pipeline are expected to help soften the environmental impact.

Pesticides
Corteva to stop making the insecticide chlorpyrifos
Pesticides
Corteva to stop producing chlorpyrifos
Environment
Neonicotinoid Can Harm Bees
Share X
To send an e-mail to multiple recipients, separate e-mail addresses with a comma, semicolon, or both.
Title: Pinpointing Trends In Pesticide Use
Author: Stephen K. Ritter
Chemical & Engineering News will not share your email address with any other person or company.