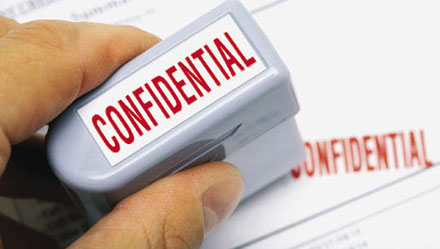 The Environmental Protection Agency is taking a tough stance against industry claims that a chemical’s name deserves protection as confidential business information in health and safety studies. If all goes as planned, by October EPA will start revealing the identities of many chemicals companies have claimed as trade secrets.

Chemical manufacturers have been submitting health and safety studies to the agency for three decades now under the Toxic Substances Control Act (TSCA). When a company submitting a report asserts that the identity of its chemical is a trade secret, EPA must shield the data from disclosure. Until now, the agency has challenged few of those industry claims.

The industry’s confidentiality claims are based on protecting competitiveness. In its policy, EPA says it “is aware that some companies believe their competitors are sufficiently knowledgeable that if EPA were to disclose the chemical identity, the competitors would be capable of ascertaining on their own how the chemical substance might be manufactured or processed.”

However, EPA’s policy says that “disclosing the end product of a process (i.e., a chemical identity) is not the same thing as disclosing the process to make that end product. The process information would come from the competitor’s expertise, research, or publicly available sources, not from EPA.”

Scrubbed versions of health and safety reports that claim confidentiality for a chemical’s identity are available to the public. These renditions replace the chemical’s name with a company-supplied generic description that is generally vague. For example, a recently submitted, publicly available report on a toxicity test calls the chemical under study a partially fluorinated ortho ester. Sometimes even a vague description is missing. For instance, in a redacted August 2009 study, another company simply replaced the compound’s name with square brackets. Environmental and health advocates have long complained that this lack of chemical specificity makes these health and safety data essentially useless to the public.

EPA officials announced earlier this year that they would begin scrutinizing industry’s confidentiality claims under TSCA (C&EN, April 19, page 28). In late May, the agency unveiled a new policy for accepting or rejecting manufacturers’ assertions that their chemicals’ identities need protection in public versions of health and safety studies. The policy will apply to future submissions and retroactively to the thousands of reports that companies have submitted to EPA since the late 1970s.

“Part of the agency’s mission is to promote public understanding of potential risks by providing understandable, accessible, and complete information on potential chemical risks to the broadest audience possible,” EPA explains. “Chemical identities, in particular, constitute basic information that helps the public to place risk information in context.”

This stance is “a very significant reversal in both policy and practice at the agency,” says Richard Denison, senior scientist with the Environmental Defense Fund, an advocacy group. The new policy will reduce the number of confidentiality claims in future health and safety reports submitted to EPA, he predicts.

The policy sets three criteria for EPA to determine whether a company has appropriately asserted a confidentiality claim for a chemical’s identity.

The first criterion is simple and self-evident: The confidentiality claim about a chemical’s identity has to be submitted as part of a health and safety study that a company sends to the agency under TSCA.

Under the new policy, the agency says, EPA will continue to protect the identity of any chemical with a name that includes process information if the company claims it to be confidential business information.

The third criterion addresses the percentages of any compounds in commercial mixtures included in health and safety studies because TSCA forbids EPA from disclosing data that reveal the proportion of any substance in a mixture.

In only one instance will EPA honor confidentiality claims that companies assert for new chemicals: if a substance’s identity isn’t necessary to interpret the health and safety data. EPA says it intends to apply this exemption narrowly.

When the new policy kicks in, in late August, the agency will closely examine newly submitted health and safety studies and will comb through its extensive collection of previously submitted ones, ferreting out inappropriate confidentiality assertions.

If EPA determines that a confidentiality claim is improper, the agency won’t immediately reveal the chemical’s identity publicly. It will first notify the company that submitted the study. The company then will have 31 days to challenge the determination in federal court and seek a judicial order preventing the agency from revealing the chemical’s name, says EPA spokesman Dale Kemery. Otherwise, the agency will provide the identity of the chemical to the public once those 31 days elapse, Kemery adds.

Simply filing a legal challenge won’t be enough to keep a chemical’s identity a secret. “Even if an action in federal court has been filed, EPA may make the information available to the public if the court refuses to issue a preliminary injunction or upholds the agency’s determination,” Kemery says. In addition, EPA may release the chemical’s identity to the public, after notifying the company, if it appears to the agency that the firm is dragging its feet in resolving the legal challenge, he adds.

The application of the policy to new substances sparks concern for a number of chemical makers.

Many SOCMA members manufacture high-performance, specialty chemicals that involve a lot of investment, he explains. These companies “spend years building the technology for a product that is also highly proprietary,” Allmond tells C&EN. “While it is possible that process information or proportions of a mixture, for example, may not be revealed, it is still possible that irreparable damage to a business could occur by providing a competitor with a specific identity before establishing a market.”

A statement from another chemical industry group, the American Chemistry Council (ACC), reiterates the organization’s position that health and safety data do not qualify for confidentiality protection under TSCA. But, ACC adds, “manufacturers must have the ability to make and justify claims for [confidential business information] protection for any information relevant to their proprietary interests.”

Time will tell how the new policy will play out, especially for new chemicals. But it’s probably safe to predict that many more publicly available health and safety studies will provide a chemical’s identity.