Transforming a passion into a business 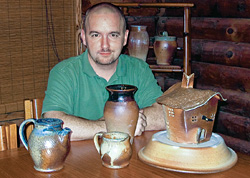 The massive job cuts in the pharmaceutical and chemical industries in recent years have left many chemists locked out of their chosen profession—at least for now. Rather than remaining helplessly unemployed, some are turning to hobbies or extracurricular interests, hoping to convert them into profitable businesses. 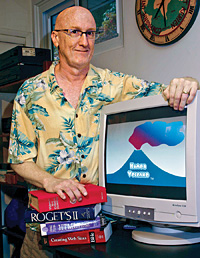 That has been the antidote for the shock and anger that Gary Cain felt when he learned on Halloween in 2007 that he would be affected by companywide layoffs at GlaxoSmithKline. Despite a 25-year career of solid contributions and positive annual performance reviews, he faced his second chemistry job layoff in six years. And as he suspected, he was unable to find another organic chemistry position in the Wilmington, Del., area, where he wanted to stay.

Described by friends and colleagues as a prolific writer with an offbeat, dry sense of humor, Cain tried his hand at freelance writing before deciding to launch Humor Volcano, a general news satire website, in May 2009. He has been able to generate income from the advertising he sells on the site and from sales of a new e-book, but he has yet to turn a profit. “Fortunately, my readership is growing—slowly but steadily,” he says.

Cain writes all the website content, which he gleans from general news headlines, as well as from his own experiences, and he handles all the site-building tasks, which he says he had to learn from scratch. The job allows him to “take advantage of what I’ve already gained as a career chemist: the ability to examine and make sense of information, to think logically, to formulate ideas, to solve problems, to make plans, and to execute them to reach a goal,” says Cain, who has a Ph.D. in organic chemistry.

Although he misses working in chemistry, Cain says he enjoys his new role. “I’m no longer stuck dealing with troublesome facts and pesky reality. I can just make stuff up, and generally, the wilder the better. So it is great fun.”

Like Cain, Paul Haigh found a way to make the best of his period of unemployment. After being laid off from spectrometer maker Ahura Scientific in January 2009, the then-39-year-old Ph.D. analytical chemist found that he was “overqualified for a lot of the lab jobs that were available.” Within a couple of weeks of losing his job, he decided to do something he’d long dreamed of doing—setting up a business to make and sell his own pottery pieces.

In addition to indulging a passion he developed in high school, Haigh has been able to apply his knowledge of chemistry to his work, which is done around a homemade kiln behind his Londonderry, N.H., home.

Still, Haigh was bringing in considerably less pay, prompting him to continue looking for a job in chemistry. Last summer, after running his pottery business for eight months, he accepted a job as a researcher with Massachusetts Institute of Technology’s Lincoln Laboratory.