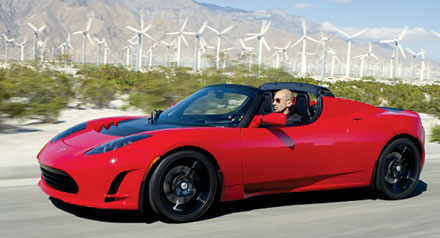 Amid the slow economic recovery, investments in green technology start-ups have been a bright spot during the first half of 2010. According to the market research firm Cleantech Group, preliminary data suggest that the six months brought a new record for venture-capital funding of clean-technology firms.

But it was not all blue skies for clean-technology start-ups, points out Richard Youngman, Cleantech’s vice president of global research. The largest deals, including the $150 million windfall for Brightsource Energy, were follow-on financings, rather than investments in new companies. Follow-on funding is provided by current investors when companies need additional capital but are unable to raise it by going public or getting acquired.

Youngman characterizes the market’s appetite for initial public offerings of stock in clean technology as “tough but open”—an improvement over 2009—and says the experience of electric-car company Tesla may give others hope. The California-based firm raised more than $220 million last month. But solar-roof-panel manufacturer Solyndra and wind energy firm China Goldwind backed out of planned public sales.

Of the cash raised in the second quarter, 40% went to solar firms, 15% to biofuels, and 13% to smart-grid applications. The quarter showed the impact of federal stimulus spending, Youngman says. “There was a very strong correlation in funding to those companies that received government funds,” he adds.

Industrial companies are increasingly joining venture capitalists as investors, Cleantech reports. Corporations were involved in about 40% of the largest investments, including start-ups Coskata and Virent Energy Systems, which focus on biofuels and chemicals. Chemical firms are investing as well. In the second quarter, Lanxess joined a follow-on round for renewable-chemicals firm Gevo, and Solvay invested in fuel-cell maker ACAL Energy.