Biopharmaceuticals: Opsona Breaks Ground In Ireland With A Little Outside Influence

TO CLINIC
[+]Enlarge
Credit: Opsona
Opsona is preparing to advance its first candidate, a monoclonal antibody therapy for inflammatory diseases. 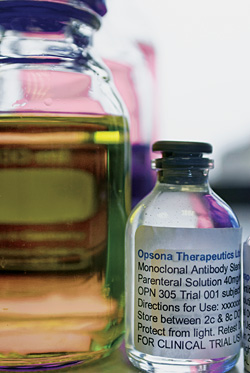 Opsona Therapeutics, a biopharmaceutical start-up with headquarters in Dublin, hopes to take its first drug candidate, a monoclonal antibody for the treatment of inflammatory diseases, into the clinic next year. The compound, Opn-305, illustrates the company's approach to targeting toll-like receptors and the inflammasome in developing therapies that affect the innate immune system, the body's first line of defense against pathogens. 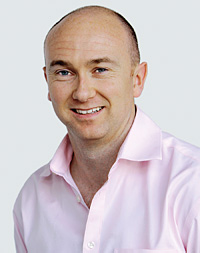 The firm's next candidate is a small molecule that inhibits production of IL-1β, an inflammatory protein.

Opsona's development of small molecules, antibodies, and biologics to modulate the human immune system puts it on a playing field with much larger biotech firms. Opsona is interesting because it is an early-stage biotech company progressing to the clinic amid heavy competition. But the fact that it is Irish is what really sets Opsona apart.

Opsona is one of a handful of biotech start-ups forming a hub around Dublin. Others include Sigmoid Pharma, Solvotrin, and Amarin. Many, like Opsona, are associated with university research, but not all are as close to the clinic.

Despite its Dublin base, Opsona's Irishness may not be obvious in the world of biotech start-ups. Mark Heffernan, the chief executive officer of Opsona, describes the company as one that outsources most of its operations to contract research and manufacturing partners in Asia and elsewhere in Europe. But Heffernan, who is himself an immigrant from Australia, emphasizes Opsona's important Irish angle—its science.

A biochemist who studied at Monash University, in Australia, and worked for two Australian biotech start-ups, Heffernan arrived in Ireland in 2003. There he met three immunologists at Trinity College in Dublin: Luke O'Neill, Kingston Mills, and Dermot Kelleher. "They had intellectual property in Trinity's technology transfer office that could be commercialized," he says. "In 2004, the four of us set up Opsona."

The company initially secured seed financing from Enterprise Ireland, a government economic development agency, and in 2005 raised about $8 million in venture capital funding.

Heffernan says his experience commercializing technology was crucial in bringing Opsona together because his Irish partners had no commercial experience. "These are busy guys," Heffernan says. "They never set up companies. They are not entrepreneurs in the classic sense." Nor were there biotech entrepreneurs to help them move forward, he says.

Opsona's technology, Heffernan says, addresses a major area of interest in autoimmune and inflammatory diseases. "We have a detailed understanding of the molecular and cellular pathways that stimulate the cytokines that trigger inflammation," he says, adding that the company is working with Pfizer on a collaboration that was begun with Wyeth.

As Opsona moves its first candidate to the clinic, it continues to operate research labs at Trinity's St. James Hospital, working with a network of contractors around the world for toxicology testing and other services. Opsona contracts with Lonza for manufacturing. Last year, the company brought in about $27 million in a second round of financing.

The Irish chemical and biopharma industries are not entirely without homegrown businesses. Arran Chemical, a fine and specialty chemical manufacturer in Athlone, for example, was started as a specialty chemical venture by its current managing director, Anthony Owens, who had worked for the German specialties firm Henkel in Germany. But industry sources agree that it is typical for the entrepreneurial boost that formed Opsona to have been delivered by someone who came from outside Ireland.

Anita Maguire, a professor of pharmaceutical chemistry and director of the analytical and biological chemistry research facility at University College of Cork notes that Ireland lacks anything comparable to the risk tolerance behind U.S.-style entrepreneurialism. Maguire speculates that the long history of Ireland's best-educated and most talented scientists leaving the country also thwarts the drive to convert cutting-edge science to commercial ventures. "Opsona is a case in point," she says. "Why didn't somebody from Ireland drive it?"

Heffernan shrugs. He points to the primacy of research done by O'Neill, Mills, and Kelleher, admitting that he may have provided an all-important commercial jump start. "I guess I came out of the blue really, not knowing any of them before arriving here," he says. "Once I did meet them, I realized we had a lot of common friends and colleagues; that helped build a relationship. I was the catalyst to help get this off the ground."