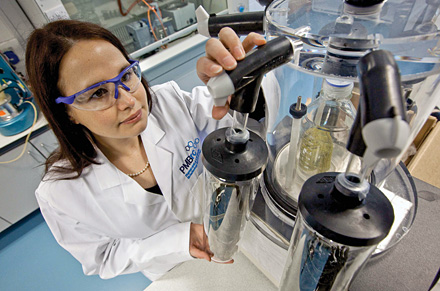 Research collaborations between academia and industry in the pharmaceutical arena tend to pose cultural challenges roughly defined by the age-old friction between basic and commercially oriented research. But in Ireland, where collaborative efforts are ramping up just as they are in the rest of Europe and the U.S., connections are being made during a time of fundamental transformation for both industry and academia.

"It's quite clear that the days of just being a manufacturing site for large blockbuster drugs are numbered in Ireland," says Anita R. Maguire, a professor of pharmaceutical chemistry and director of the Analytical & Biological Chemistry Research Facility at University College Cork (UCC). However, moving into value-added services, such as clinical-trial management, final-dosage formulation, or other research-intensive services involves a certain level of intramural politics at the international drug firms that dominate the Irish sector.

"Companies that have brought in innovative activities have succeeded in doing so largely due to the activities of one or two creative individuals who managed to find a hook," Maguire says. "It is all about how to convince the mother ship to invest in a country like Ireland and to have confidence that there is the ability here to develop these higher-added-value activities." 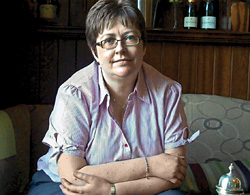 Maguire also points to culture changes within universities that have paved the way for collaboration with industry. "When I came here 20 years ago, the industry in Ireland was entirely manufacturing focused," she says. "I took one look, naÏvely, and said there has to be engagement between UCC and the pharmaceutical sector. At that time, it was much more difficult. Research engagements didn't exist in Ireland."

Maguire saw a need to build bridges between science disciplines that impact pharmaceuticals so the sector could keep pace with global trends in the formulation of active pharmaceutical ingredients (APIs). "We in Ireland are good at making APIs as white powders," she says. "But there is a barrier in industry between API synthesis and formulation that has largely to do with traditional education processes, where we educate formulation scientists in schools of pharmacy and chemists in departments of chemistry. There has always been a different language and culture."

Ireland, however, has distinguished itself from other low-cost-producer countries largely because of the quality of the scientists that come through its universities, Maguire claims. "Other locations have done well in cost competitiveness," she says. "Where I would like to think there is a difference in Irish manufacturing is in our innate curiosity about processes."

At UCC, the push to channel this curiosity led to the opening of the university's school of pharmacy in 2003 and a new research lab dedicated to the school in 2006. "There is now a major focus on preparing Ph.D. graduates so that they are best positioned to support changes in industry going forward," Maguire says. "We place students in industry for three months, where they work with innovative groups, learn about regulatory and environmental issues. They learn the language."

The new school came together during a decade of extensive government investment in university research that is now focusing on the link between academia and industry, Maguire explains. "For the first eight years of that process, there was a focus on building up the research infrastructure within the universities," she says. "That was an absolutely necessary part of the process—getting the quality of research to a standard where it could be respected internationally before you could engage industry with academia."

That engagement solidified quickly at UCC and other universities that are working with drug and pharmaceutical chemical companies. One example is the Solid State Pharmaceutical Cluster, centered at the University of Limerick, whose members including UCC, other universities, and nearly all the major drug companies operating in Ireland.

And at Waterford Institute of Technology, a two-year-old program funded in part by Enterprise Ireland, a government economic development agency, seeks to leverage university laboratories and know-how in developing technologies and launching new companies in the health care sector.

Called the Pharmaceutical & Molecular Biotechnology Research Center (PMBRC), it has worked with Merck & Co., Genzyme, and EirGen Pharma, a small manufacturer of high-potency drugs in Waterford. Niall O'Reilly, manager of PMBRC, says the center has worked with companies on formulation, drug-delivery technologies, separation science, and novel sensor and process technologies. PMBRC's $7.5 million in funding from government agencies from both Ireland and the European Union hinges on the center's contribution to industrial development.

The industry focus marks a change for basic research in Ireland, O'Reilly says. "Enterprise Ireland is not interested in how many publications or Ph.D. students you have," he says. "Their metrics are things such as the number of large-scale collaborations that have industry impact—cost savings, patents, and jobs created or saved. They are getting money from government and giving it to us, and they have to show we've created jobs in Waterford or new products in Cork."

PMBRC is one of 13 regional programs in industrial technologies, information technology, and health care that Enterprise Ireland has supported since 2005. Enterprise Ireland also supports BioPAT, a process analytical technology consortium based at University College Dublin, which has worked with Centocor, Pfizer, and Eli Lilly & Co.; and the National Institute for Bioprocessing Research & Training, also based at University College Dublin.

Keith O'Neill, director of life sciences for Enterprise Ireland, says the organization's emphasis is on commercializing technology or accelerating research going on in industry. He says, however, that although Enterprise Ireland is one of several new government agencies investing in commercial and industrial development—Science Foundation Ireland and the Industrial Development Agency Ireland, were launched at about the same time—investment in science-based industry has been ramping up for 30 years in Ireland. "Industry-academia collaborations have been a focus for a while," he says. "But industry changes, and we have to adapt. Our support is becoming more specialized as we move away from the manufacturing base, especially in life sciences, and go up the value chain."

O'Reilly, who manages 10 laboratories and a staff of 34 researchers, says technology must displace cost as the Irish sector's area of distinction. "Companies here are moving up the value chain and looking over their shoulder," he says. "With developments elsewhere in the EU, the question is, 'Why come to Ireland?' The fruit of our work has to benefit Irish manufacturing."

Profiles
9 Black chemists you should know about
Obituaries
Obituary: Arthur D. Broom
Obituaries
Obituary: David A. Flanigan
Share X
To send an e-mail to multiple recipients, separate e-mail addresses with a comma, semicolon, or both.
Title: Making Connections: Irish Universities Team With Industry On Innovation
Author: Rick Mullin
Chemical & Engineering News will not share your email address with any other person or company.