A study of chlorine isotopes in moon rocks indicates that Earth's satellite is devoid of water, contradicting other recent studies 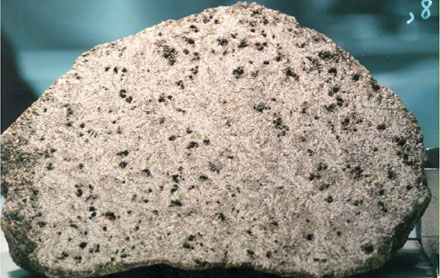 A study of chlorine isotopes in moon rocks brought back from the Apollo missions indicates that Earth’s satellite has always been devoid of water (Science, DOI: 10.1126/science.1192606). This finding contradicts recent studies suggesting that the moon might contain significant amounts of water in its interior (C&EN, June 21, page 27). Zachary D. Sharp of the University of New Mexico and colleagues used mass spectrometry to study the range of ratios of 37Cl to the more common 35Cl in a dozen different moon rock samples. Because chlorine is hydrophilic, it can be used to trace the history of hydrogen, and thus water, in geological samples. The researchers found that the range of isotope ratios is 25 times greater on the moon than on Earth. If the moon had contained significant amounts of water during its early years, volatile HCl would have been produced in volcanic magmas, a process that does not generate a large chlorine isotope fractionation. Instead, Sharp and coworkers reason, the magmas contained almost no hydrogen and instead produced volatile metal chlorides, a process that leads to significant chlorine isotope fractionation, as observed. 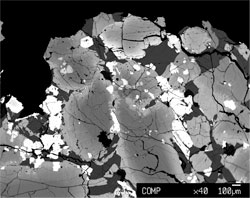