Hot Market For A Cool Chemical 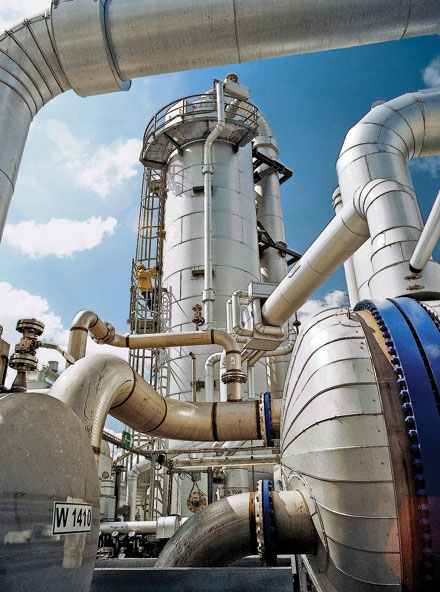 A product added to toothpaste, cigarettes, cough drops, and other prosaic consumer goods might be expected to occupy the sleepy backwaters of the chemical industry. That’s not the case with menthol these days.

BASF’s new route to menthol, developed in-house, will mark the flavor and fragrance industry’s fourth commercial method for making the cool-tasting aroma chemical—and the third synthetic alternative to traditional distillation from mint leaves. Despite the large slug of capacity that major menthol producers are aiming at a rather small market, executives from these firms profess not to be concerned about creating a glut.

Although menthol is no ethylene, it is, according to BASF, the world’s top-selling aroma chemical by volume. John C. Leffingwell, a chemist who runs the flavor and fragrance consulting firm Leffingwell & Associates, figures that global menthol demand is in excess of 20,000 metric tons per year. Given that menthol sells for about $19 per kg, the world market is worth some $380 million.

And by most accounts that figure is growing. Symrise, which manufactures synthetic menthol in Holzminden, Germany, and in Bushy Park, S.C., says demand for menthol has been rising at a double-digit rate for years.

Asia is a big part of the growth equation, Leffingwell says, noting in particular the oral care market, which accounts for more than one-quarter of menthol demand. “Until the last few years, many people in China and India never used toothpaste,” he points out. Menthol-containing chewing gums and personal care products are also doing well.

Cigarettes are the one market in which menthol’s outlook isn’t so rosy. Last year’s Family Smoking Prevention & Tobacco Control Act directed the U.S. Food & Drug Administration to study “the impact of the use of menthol in cigarettes on the public health, including such use among children, African Americans, Hispanics, and other racial and ethnic minorities.” An FDA scientific advisory committee is scheduled to deliver a recommendation on the future of menthol cigarettes by March 2011.

BASF, for its part, says it is targeting the oral care, flavors, and cosmetics markets and that it does not intend to supply menthol to the tobacco industry. Symrise declines to comment on its relationship with the cigarette industry but says it doesn’t anticipate that menthol demand will decline as a result of the FDA study.

By expanding, the two German firms are following the lead of Takasago, the number two synthetic menthol maker, which in late 2007 announced that it would expand its plant in Japan’s Shizuoka prefecture. The only company to publicly disclose its production capability, Takasago said its capacity for menthol and its derivatives would rise to 3,000 metric tons per year. The first phase of that project was recently completed, notes Sean G. Traynor, president of Takasago Americas.

For BASF, the road to menthol began in 1981, when the company started making citral, a raw material for the aroma chemicals linalool and geraniol. In 2004, the firm opened a 40,000-metric-ton-per-year citral plant, four times the size of its original one, in Ludwigshafen, Germany. With the new capacity, it started synthesizing vitamins A and E and other carotenoids from citral. Menthol, which will be made at the same site, will represent BASF’s latest citral derivative, notes Ursula Siebenhaar, head of the firm’s citral and aroma chemicals business.

BASF isn’t disclosing the size of its new menthol plant, but Lef­fing­well expects it to be in the range of 3,000 to 5,000 metric tons per year. He estimates Symrise’s preexpansion capacity at somewhere between 3,000 and 3,600 metric tons, divided between its two sites.

Siebenhaar says BASF’s planned facility is in keeping with the firm’s “Verbund” strategy of highly integrated, high-volume chemical production. “Most of our activities are focusing on large-volume products and large-scale production,” she explains. “This is the classical BASF strategy and one of the reasons for BASF’s successful moves into new production lines.”

Siebenhaar contends that the citral-based route to menthol is an advance over existing routes, and Leffingwell is inclined to agree. Although BASF hasn’t disclosed the details of its process, Leffingwell thinks the company may be converting neral, one of two citral isomers, into (+)-(R)-citronellal via direct chiral catalytic hydrogenation. Next, he believes, a cyclization step yields (–)-isopulegol, followed by hydrogenation to (–)-menthol.

“It eliminates a couple of steps,” Leffingwell says of the BASF route. “It looks real slick.”

Symrise produces menthol in cooperation with Lanxess, a German company with which it shares a corporate ancestry. Symrise was formed in 2002 by the merger of the Bayer subsidiary Haarmann & Reimer with the flavor and fragrance maker Dragoco. Lanxess was spun off from Bayer in 2005.

Earlier this year, Lanxess completed a project in Leverkusen, Germany, that boosted output of cresols and their derivatives. One of those products, m-cresol, is the starting point in Symrise’s menthol synthesis. Symrise says its expansion project, mainly at its German site, will be completed by the middle of 2012. “We move in lockstep with Lanxess, our partner of many years,” Richter says.

Likewise, Takasago’s Traynor defends the robustness of his firm’s menthol process, which was commercialized more than 30 years ago and is based on the Nobel Prize-winning chemistry of Ryoji Nyori. The key step is creation of a citronellal precursor via asymmetric isomerization with a BINAP-rhodium catalyst. It’s still the largest volume single chiral induction process in the world, Traynor notes.

By Leffingwell’s reckoning, BASF generates citronellal with a similar chiral reduction, a view that Traynor doesn’t dispute. “It is an endorsement of our technology that new entrants have decided to use the same key chiral induction technology,” Traynor says, “albeit with a different starting material, using catalysts similar to those which Takasago pioneered over 30 years ago.”

Synthetic menthol producers may quibble over relative technological merits, but they all agree that the world needs more of their product. That’s because their main competitor, natural menthol, is derived from Mentha arvensis, a mint plant that is subject to the vagaries of India’s monsoons and the speculation of commodity traders.

The cultivation of mint and the extraction of mint oils can be traced to Japan, where they have been practiced for more than a century. India emerged as a mint grower and processor during the 1960s and quickly eclipsed Japan, China, and other growing countries. Today, Leffingwell says, India has the capacity to produce 16,000 metric tons of menthol per year, enough to supply 80% of world demand.

The catch is that weather-related calamities in India cause shortages of natural menthol to emerge roughly once every 10 years. Aided by speculation, prices during those times can more than quadruple, Leffingwell reports.

Thanks to increasingly unpredictable weather, shortages could become more commonplace, acknowledges an executive with a major Indian menthol producer. He asked not to be named, in keeping with his firm’s corporate policy.

“Monsoons are erratic and unreliable,” the executive notes. “India still relies primarily on monsoons to supply its fresh-water requirement, and global warming is having an impact.” Some farmers are looking at alternatives to growing mint, he says, especially given reductions in government incentives over the past two years and the attractive returns offered by other crops.

Synthetic menthol producers are heartened by such talk. They emphasize the supply security they can offer major international corporations, whose executives shudder at the thought of empty store shelves because of raw material shortages. In justifying Symrise’s project, for example, Richter says the firm is simply expanding in line with the demands of customers that don’t want to depend on a volatile natural product.

In the absence of new synthetic menthol capacity in recent years, much of the world’s incremental demand has been supplied by India, Takasago’s Traynor points out. Now, with their expansions either completed or on the way, the three synthetic menthol producers don’t expect oversupply but rather a shift in the sources of supply back to one that is more comfortable for their customers.

“The major customers for synthetic menthol buy under long-term contracts to ensure consistent quality, supply security, and price stability,” Traynor says. “I see no fundamental change in that need as the demand for menthol increases in future years.”