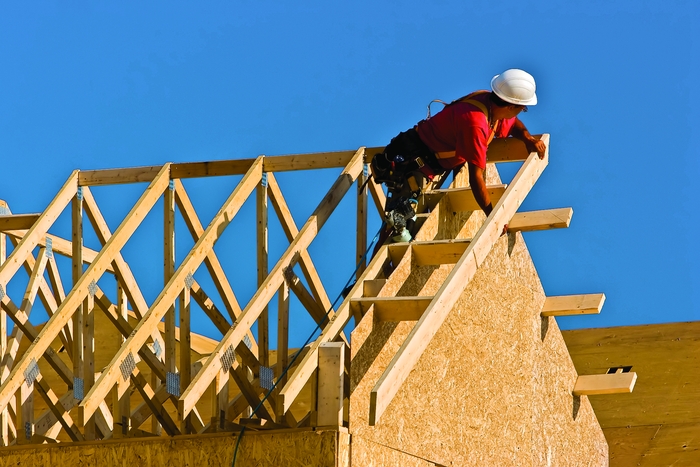 Formaldehyde fumes can be emitted from composite wood used to build houses.

Despite fierce opposition from the chemical industry, formaldehyde and styrene have been added to a government warning list of known and potentially carcinogenic compounds. Released on June 10—four years late because of the opposition—the , compiled by the under the aegis of the Department of Health & Human Services (HHS), also adds six other substances to its list, which now contains 240 compounds.

The listing of formaldehyde as a known carcinogen has generated the most heat, with industry claiming that evidence of its carcinogenicity is insufficient. The compound is predominantly used to make industrial resins, which are found in numerous consumer products including composite wood, paper, plastics, and synthetic fibers. It is also used as a disinfectant and antimicrobial agent.

Environmental groups applauded HHS for finally releasing the report and not caving in to industry pressure. “The chemical industry has been fighting tooth and nail” to prevent the report from being finalized, says Jennifer Sass, senior scientist with the Natural Resources Defense Council. “The public has a right to know about the chemical risks that are foisted upon us.”

Industry officials have fired back. “We are extremely disappointed that HHS has moved forward with listing formaldehyde in its 12th RoC as a known human carcinogen,” Calvin M. Dooley, president and chief executive officer of the American Chemistry Council, a chemical industry trade group, said in a statement. HHS ignored a peer-reviewed National Research Council report that exonerated formaldehyde as a human carcinogen, he said.

Likewise, a styrene industry group has called the evidence for that compound’s potential carcinogenicity “scientifically unsupportable.” Threatening legal action and continued advocacy against the NTP listing, the Styrene Information & Research Center has vowed “to get styrene removed from the RoC.”

It is unclear whether demand for styrene, which has been declining in North America since 2004, will be further affected by the NTP listing, according to Laurence Alexander, a stock analyst with the investment firm Jefferies & Co. “What matters most to styrene demand is whether the large brand owners, such as the fast-food chains, react to the news” and decide to migrate away from polystyrene-based food containers, such as coffee cups and takeout containers, he noted in a June 15 report to clients.

Although some leaching of styrene from consumer products that contain polystyrene does occur, human exposures are “probably not very large,” said John R. Bucher, associate director at NTP, during a June 10 press briefing. “The evidence that we’ve used for listing styrene,” he said, “is largely from industrial situations.”

Last month, 63 members of Congress wrote a letter to HHS Secretary Kathleen Sebelius, urging that NTP delay the styrene listing in the report until a “thorough review can be conducted that weighs the full body of scientific evidence available to decision makers.” The lawmakers warned that thousands of workers in the U.S. styrene industry might lose their jobs as a result.

The other six substances added to the report are aristolochic acids, found in botanical products; captafol, a fungicide that is banned in the U.S.; cobalt-tungsten carbide, used in cutting and grinding tools; o-nitrotoluene, used in producing azo dyes; riddelliine, found in medicinal herbal products; and inhalable glass wool fibers.