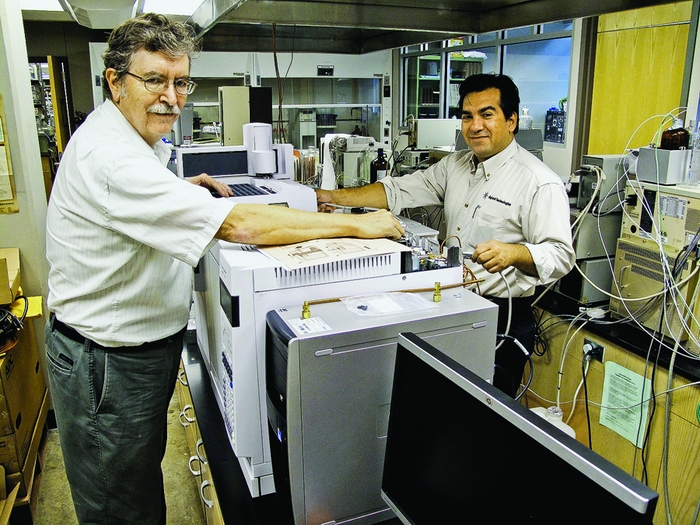 The Deepwater Horizon oil spill is on record for many things, including prompting one of the most intensive and public seafood safety programs ever.

Less public was the participation of instrumentation companies, which supplied the gas and liquid chromatography, mass spectrometry, and detection technologies used by federal and state researchers for safety testing. Instrument suppliers, as well as academic labs, also validated testing procedures and offered new approaches for sample prep and the analysis of polycyclic aromatic hydrocarbons (PAHs) and dispersants.

“The only right thing to do was to respond in a timely fashion and, with our experts, partner and collaborate with others to try to solve these problems,” says Mike McGettigan, vice president of marketing for PerkinElmer’s analytical sciences and lab services business.

Vendors provided a range of analytical techniques for tackling the unprecedented need for testing. “When this spill happened, we thought that we surely should be able to find something in our arsenal that would be of interest to the researchers,” says Alex Mutin, strategic marketing manager at Shimadzu Scientific Instruments. The company was among those that offered streamlined ordering and special discounts for labs working on the spill.

Shimadzu and Agilent Technologies separately worked with the Mississippi State Chemical Laboratory. Located on the Mississippi State University campus, the lab is home to the Office of the State Chemist and provides analytical services for many state departments. “When the spill happened, there weren’t methods available right away that are fast and accurate,” Mutin says. “We provided our equipment on a consignment basis so that the lab could immediately start work on developing new methods.”

Oil can be identified relatively easily in water by simple techniques, but the chemicals of real concern may be unknown, Mutin points out. Researchers from the Mississippi lab and Shimadzu used sophisticated GC/MS equipment to look for potentially harmful metabolites and to fingerprint different types of oil to identify contamination sources. Shimadzu would like to continue such collaboration, he says. “It is a very broad field, and I think it will take years until we really understand what we should be looking for and how to measure it.”

Mississippi researchers and Agilent collaborated on improving existing GC/MS methods for analyzing PAHs. In July 2010, they came up with an approach that allowed for processing 24 seafood samples in two-and-a-half to three days—half the typical times. The technique also required just one chemist to conduct sample prep and one for analysis.

Agilent worked closely with the Food & Drug Administration to develop, in less than 30 days, a rapid LC/fluorescence detection method that became the method of choice for the agency’s Gulf reopening protocol. FDA then placed orders for more than 40 such systems to be distributed among its regional labs and state labs in the Food Emergency Response Network, he says. Agilent also worked with FDA’s Forensic Chemistry Center in Cincinnati on dispersant testing.

Although the spill prompted quick action to address seafood safety, company managers see a longer-term opportunity to provide instrumentation and applications assistance to regulators, state agencies, food processors, and other labs. “There have been other effects from the oil above and beyond what happened to the seafood,” says Simon Senior, PerkinElmer’s environmental and industrial market segment director. “The longer-term impacts from both the oil and dispersants are still to be assessed.”