The Long War On Cancer

Decades after the National Cancer Act, scientists are turning to information-rich, early-stage studies to advance oncology 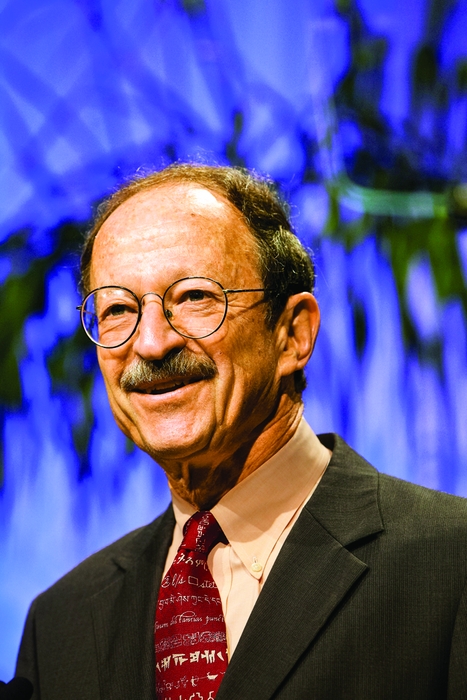 This year marks the 40th anniversary of President Richard Nixon’s signing of the National Cancer Act into law, officially launching the nation’s war on cancer. Some scientists, and certainly many cancer patients, find the landmark bittersweet—although the act stimulated oncology research and many important new treatments, we are still far from a cure. At the American Society of Clinical Oncology’s (ASCO) annual meeting, held recently in Chicago, there was much reflection on what is wrong—and right—about how the war is being waged and what needs to happen in the clinic to turn cancer into a disease that people live with rather than die from.

One message from researchers and clinicians at the ASCO meeting is that it’s a mistake to think progress has not been made just because a cure hasn’t been found. “We ought to think about how cancer was conceived at that time,” Harold E. Varmus, director of the National Cancer Institute, told reporters at the meeting. “The notion was that cancer was a disease that we could win against or lose against.” But in recent years, it has become clear that cancer is not, as Varmus said, “a single enemy,” but rather an array of diseases that are still in the process of being understood.

Even after the human genome was cracked, some 30 years after the cancer act went into effect, there was still a belief that the newfound ability to capture single genetic mutations would lead to cures.

“There was an assumption that if one could isolate a target and use the modern tools of molecular biology—cloning, sequencing, overexpressing, and producing the protein; making a crystal; and designing drugs that inhibited that protein—you’d have a series of fantastic drugs,” said William N. Hait, head of oncology at Johnson & Johnson. “It’s just not that simple.” Rather, Hait observed, scientists have come to understand that more than 200 different tumor types exist, each with its own subtypes.

And despite high expectations for biomarkers and companion diagnostics, much of the information about the genetic mutations driving a person’s cancer—not to mention mechanistic information about a drug—is still gleaned after a potential treatment has entered clinical studies.

At ASCO, researchers said they have learned that designing better, more informative clinical trials is essential to combating cancer. “There’s no way we can model the human disease in the lab perfectly,” said Julian Adams, president of R&D at Infinity Pharmaceuticals, a Cambridge, Mass.-based biotech firm. “We will have laboratory findings that translate to the clinic, and then clinical findings that have to go back to the lab and sort of redesign the experiments.”

Indeed, a slew of sessions at the cancer conference highlighted data from innovative clinical trials aimed at gathering more information about a how a drug works earlier in the development process.

For example, Aposotalia M. Tsimberidou, associate professor at the University of Texas M.D. Anderson Cancer Center in Houston, presented results from a large Phase I study showing that matching a patient’s tumor type to a targeted therapy is a good way of getting better results.

Some 1,144 patients with inoperable or metastatic cancer were given a panel of tests for certain genetic aberrations. Depending on the results, they were given a therapy that blocked one of a handful of kinases. Tsimberidou reported that 27% of the 175 patients with one genetic aberration responded to targeted therapy, compared with a response rate of just 5% in the 116 patients who were treated without molecular matching.

Tsimberidou stressed that the results are preliminary. And because the trial was not randomized, more studies are needed to confirm the effect of matching therapies to genetic aberrations. Nonetheless, “this still represents a substantial improvement in the way we could do drug development,” said University of Chicago Medical Center oncologist Richard L. Schilsky. Phase I trials, typically focused on showing drugs are safe, could also provide scientists with “a better sense of what their activity is” much earlier on in the development process.

In an example from the ASCO meeting of how biotech firms are digging deeper into data to find the right patients for their compounds, Infinity discussed plans to conduct an information-rich Phase II trial for its Hsp90 inhibitor IPI-504. The study will be different from any the firm has done before, Adams said. The goal is to pick up on signals seen in a small Phase I trial suggesting the compound is effective in three types of lung cancer patients: those with squamous cell disease, those who are heavy smokers, and those carrying the normal KRas gene.

The next trial, which will look at the benefits of adding IPI-504 to the chemotherapy docetaxel, will be adaptive, meaning the company will pause midtrial, look at which patients are responding best, and adjust accordingly. To understand the genetic profile of the people its drug might work in, Infinity is mandating that archival tumor tissue be made available to study certain mutations. “It makes it harder to recruit patients,” but more and more lung cancer doctors are collecting archival tissue now that there are tests for a variety of mutations, Adams said.

Although the cost of running this kind of Phase II trial is high, it pays off later on, Adams pointed out. Phase III studies can conceivably be conducted in smaller patient groups and produce a more impressive response rate than in larger, less focused studies. “It’s just better medicine,” he said.

Drug Discovery
A small molecule in the gut could explain bariatric surgery’s antidiabetic effects
Drug Delivery
Mantra raises $25 million for exosome-based drug delivery
Neuroscience
Bayer to acquire KaNDy Therapeutics
Share X
To send an e-mail to multiple recipients, separate e-mail addresses with a comma, semicolon, or both.
Title: The Long War On Cancer
Author: Lisa M Jarvis
Chemical & Engineering News will not share your email address with any other person or company.