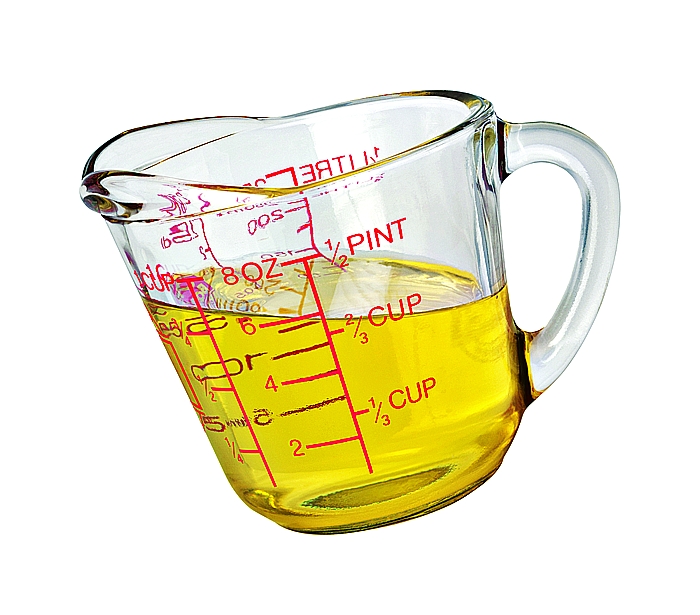 This fall, James Pickett, an adjunct chemistry professor at Blackburn College, in Carlinville, Ill., will be putting his chemistry students to work producing biodiesel that the school can use to power small machinery, such as tractors and lawn mowers.

The idea grew out of Pickett’s contemporary chemistry course, which offers a unit on renewable fuels. Rather than having his students do routine chemistry labs, Pickett thought it would be more interesting to have them produce biodiesel for the school. “The college has a sustainability program, and this seemed to be a natural fit,” Pickett says.

To make the biodiesel, the students will take used cooking oil from the school cafeteria as a starting material and combine it with an alcohol and a strong base. Pickett anticipates that each semester his class can produce up to 45 gal of fuel for Blackburn.

He acknowledges that the project will hardly put a dent in the school’s fuel budget. But what’s more important, he says, is that the students will see chemistry in the context of their everyday lives—and they will be helping their community. 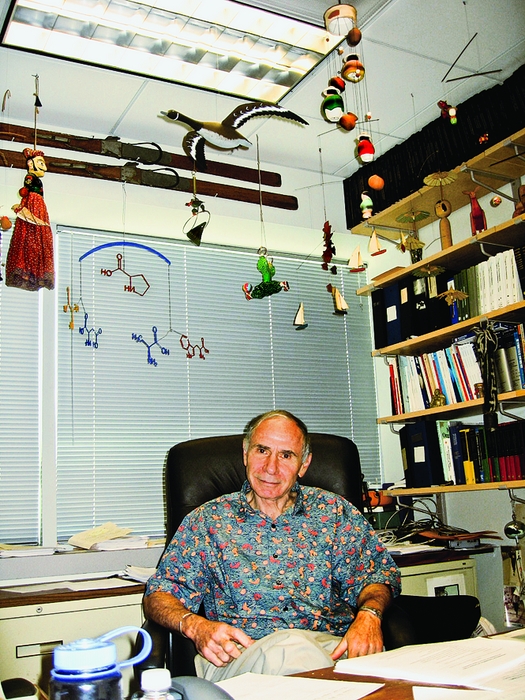 Walk into the chemistry building at Emory University, and the first thing you’ll probably notice is a mobile. Not a mobile device, but one of those free-floating, asymmetrical objects dangling from the ceiling. Before you know it, you’re surrounded by mobiles, thanks to chemistry professor Albert Padwa, who has been collecting these whimsical creations since the 1970s.

Padwa usually picks up a mobile whenever he travels to a conference, and in recent years, he has supplemented his collection with mobiles he creates himself. Padwa draws inspiration from Alexander Calder, the famous American sculptor who is credited with inventing the dangling art pieces.

When the mobiles began filling his home, Padwa brought some of them to work. “I started giving away some of the mobiles I had created to my colleagues in the chemistry department,” he says. “Almost everyone has a mobile now.” Padwa notes that roughly 80 of his mobiles adorn the various offices and corners of the chemistry department; 40 of them are in his office alone.

He gives mobiles as gifts to celebrate special occasions. For example, he’ll give one to a professor who has just received tenure. During the holiday season, Padwa sends out greeting cards to friends and former students, and on each card is affixed a photo of a mobile. His enthusiasm for this art form has been infectious; some of his colleagues have created their own mobiles. Padwa says someone even gave him a mobile decorated with dangling amino acid structures that is now a dominant fixture in his office.

Although Padwa’s mobiles do not have an obvious chemistry connection, he claims that the ceiling hangers have been inspired by chemistry. “There is so much science that is inherently connected with the nature of complex molecules in three-dimensional space,” he says. “How I regard mobiles is that they float in 3-D. Mobiles possess oddball shapes, which are all in balance, and there is a lot of symbolism between 3-D mobiles and complex molecular structures. That’s why it ignites my imagination and enthusiasm, and that’s why I build them, much as I assemble complex natural products in our laboratory.”

Padwa hopes that his passion for collecting and creating mobiles will become part of his legacy at Emory: “They may not remember me for my science 25 years from now, but there will be enough mobiles in the chemistry building that everybody will remember me.”