Advances in biotechnology enable a new generation of plant-derived ingredients 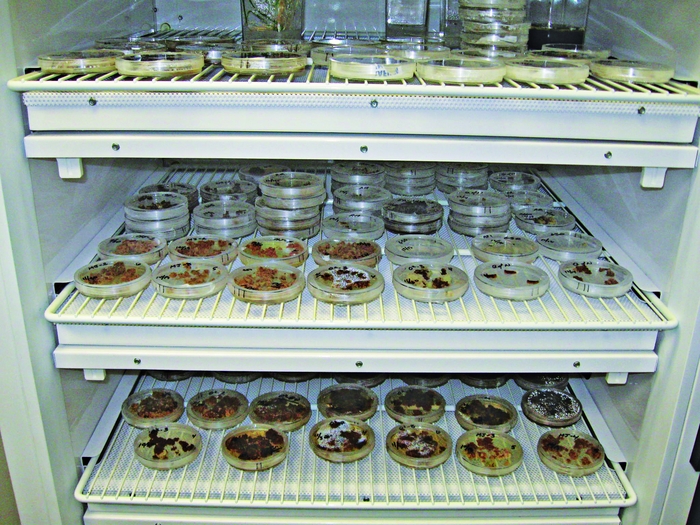 Biotechnology-based cosmetic ingredients are doing today what synthetic ingredients have done in years past: They are bringing novelty and excitement to the personal care market. Although they are coming on strong, some formulators and consumers are leery of the technology and the ethical issues they can raise.

Traditional cosmetic ingredients such as aloe and essential oils have long been derived from plants. To create the new breed of biotech products, suppliers are using cell culture techniques to create, in sterile fermentation reactors, ingredients that otherwise would have to be grown, harvested, and extracted. They are also harnessing enzymes, yeasts, and microbes to produce ingredients.

Advances in genetics have not just affected pharmaceutical and agricultural research, notes Meyer R. Rosen, president of Interactive Consulting, but have also made possible new cosmetic ingredients and brought about a greater understanding of how such ingredients affect the skin. That understanding is also “a key to making new, safe products that really work,” he says, giving consumers formulations that cover their blemishes and enhance their appearance.

Kline & Co., which tracks the personal care market, says European cosmetic companies, which include many of the world’s most innovative formulators, consumed $97 million in biotechnology-derived active ingredients in 2010, up from $69 million in 2007. The firm says demand for such ingredients is growing 13% annually, versus less than 10% annually for other active ingredients.

Many consumers and formulators have enthusiastically embraced cosmetics that include biotech-derived ingredients. In 2009, for example, cosmetics giant L’Oréal introduced Lancôme Génifique, a skin care line with ingredients such as BioLysat, a preparation of the bacteria Bifidobacterium that the company claims can “boost the activity of genes whose expression dwindles with age.” Earlier this year, the firm said it had sold more than 3 million units of the antiaging serum since its launch.

But not all formulators are ready to embrace gene-stimulating ingredients. E. Tim McGraw, director of the corporate innovation team at consumer products firm Kimberly-Clark, worries that such ingredients could invite scrutiny from regulators such as the Food & Drug Administration. But he is intrigued by their potential in cosmetics. 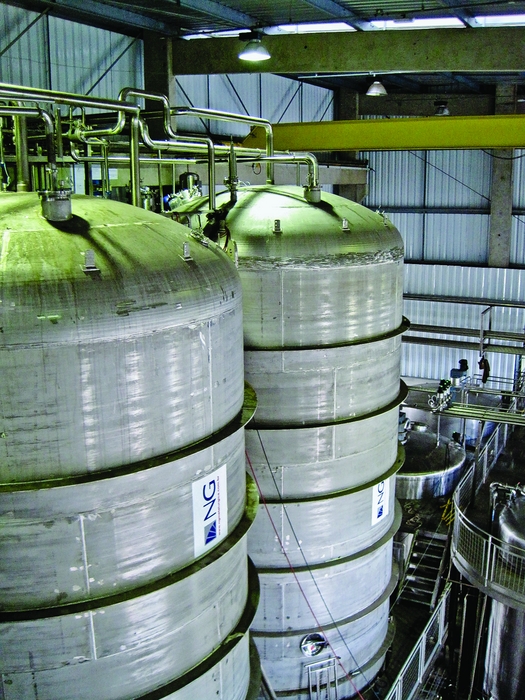 Companies that are incorporating biotech-derived ingredients in their personal care products are making efforts to back up performance claims with research using genetic arrays, tools that are often associated with drug research. For example, Alain Deguercy, marketing director of the France-based testing lab BioAlternatives, has used an Affymetrix array to analyze the genetic response of cells to cosmetic ingredients for L’Oréal and others.

Makers of biotechnology ingredients for cosmetics tell C&EN they also test to be sure their products are safe and effective. A number of them are exploiting techniques from pharmaceutical and agricultural biotechnology to make active ingredients extracted from plant tissue cultured in the lab. The tissues, often referred to as plant stem cells or meristem cells, are a source of extracts from plants that would otherwise be grown on plantations or gathered from the wild.

Ingredients derived from plant stem cells have advantages over their field-grown counterparts, according to Roberto dal Toso, founder and R&D manager of cosmetic ingredient maker Istituto di Ricerche Biotecnologiche (IRB) in Italy. For example, field-grown plants can be contaminated with pesticides and heavy metals, he explained during a seminar on biotechnology at the HBA Global Expo in New York City last month.

Field-grown plants often vary in quality too, dal Toso said. The active ingredients they contain can vary because of weather, and crop failures can also limit the availability of plant ingredients. Certain plants are rare because of the conditions under which they grow, and it is often impossible to gather enough of them without compromising their survival, he pointed out.

In contrast, only a small number of plants are required to develop a plant cell line in a culture, dal Toso said. Plant cell cultivators such as IRB can incubate the cells under ideal conditions and then obtain active ingredients through standard extraction and purification techniques.

Scientists have cultured plant stem cells for more than 70 years, notes Vince Gruber, director of research at Arch Personal Care Products. To establish a cell line, scientists slice off plant stem cells, usually from the growing tip of a plant, and place them in a petri dish under sterile conditions with a growth medium, he explains. Over two to three weeks, a mass of cells forms. The next step is to place the cells in a shaker flask where they again multiply.

Finally, Gruber says, the cells are placed in a bioreactor where they continue to grow. Arch’s plant cell bioreactors can hold 450 L, though others in the industry typically use reactors twice that size. Arch only recently started to produce plant stem cells.

Cells grown in the reactors are subjected to “stresses” such as ozone, ultraviolet light, and growth regulators to encourage them to express the active ingredients cosmetic makers seek. The stresses can yield known active ingredients or produce entirely new ones that ingredient firms can study and develop for customers. In the end, the result is a consistent biomass yield, Gruber says. “You do not have crop failures, and you grow what you need when you need it.”

What cosmetic ingredient makers are doing now with plant tissue culture picks up on the success drugmakers have had in obtaining rare ingredients from plants, says Jon Anderson, president of cosmetic ingredient distributor Actives International. Phyton Biotech, for instance, perfected a technique to produce precursors to paclitaxel, the active ingredient in Bristol-Myers Squibb’s oncology drug Taxol, from plant cell cultures instead of from the rare and slow-growing Pacific yew tree.

The lesson, notes Anderson, who is a medicinal chemist, is that biotechnology can help overcome shortages of pharmaceutical as well as cosmetic ingredient materials. For instance, squalane, a skin moisturizer, can be derived from shark or olive oil. The industry tends to shy away from animal-derived squalane, and the olive-oil-derived material is resource intensive. 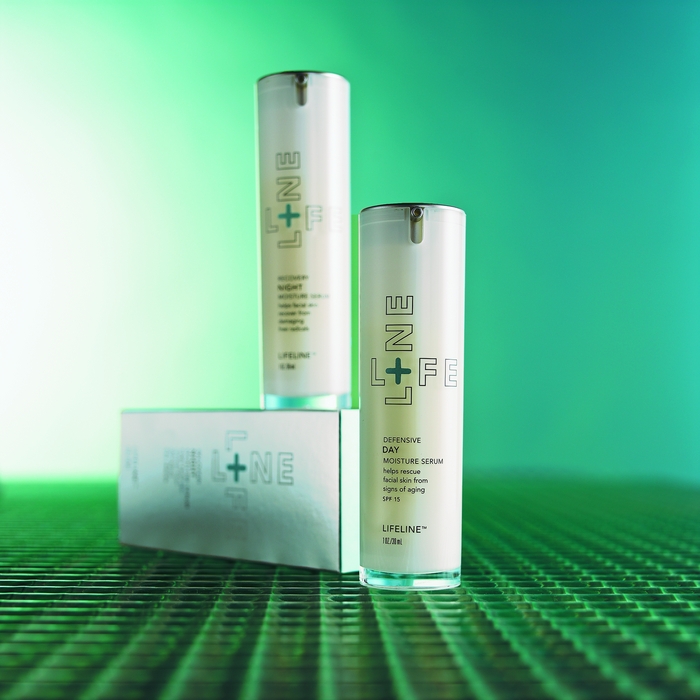 Using sugar fermentation, companies such as Amyris can produce 2 metric tons of squalane from sugarcane grown on 1 hectare of land, Anderson says. Olives grown on the same size plot will yield only 50 kg of squalane. Anderson’s company distributes squalane from a partnership between Amyris and French cosmetic ingredient maker Soliance.

Surinder P. Chahal, vice president of research at U.K.-based ingredient maker Croda, says his firm has used biocatalytic techniques to make peptides from plant materials for 40 years, and often with less waste than from plants themselves.

For cosmetic use, Croda recently introduced fermentation products including Venuceance, a skin antioxidant, and O.D.A. White, a skin lightener, through its Sederma unit. The firm also opened a fermentation facility in Widnes, Cheshire, England, to produce these new products and others, Chahal says. The facility includes glass-lined tanks designed for marine cell fermentation.

Consumers should have little concern over the use of biotechnology, he argues. “Biotech products such as wine and beer are a part of everyday life,” he says. Consumers use fructose, a sugar produced via the bioenzymatic conversion of cornstarch, and they also have no problems with laundry detergents that incorporate enzymes.

And as Chahal sees it, the market for biotech-produced cosmetic ingredients is growing fast. “People need to understand that biotechnology is the way forwardfor sustainability.”