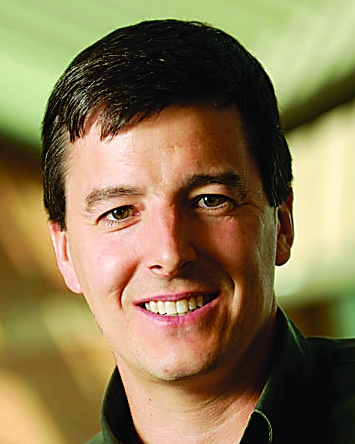 John A. Rogers, director of the National Science Foundation Nanoscale Science & Engineering Center and the Lee J. Flory Founder Chair in Engineering Innovation at the University of Illinois, Urbana-Champaign, is the recipient of the 2011 Lemelson-MIT Prize, which awards $500,000 to a midcareer scientist whose inventions are making a broad impact on society.

He cofounded the companies Semprius and mc10 to commercialize technologies such as photovoltaics and silicon wafer-based electronics for use in surgical procedures. He also developed the first cameras similar in size and shape to the human eye, which could have use in many applications, such as night-vision surveillance and robotic vision.

“John Rogers takes the cross section of scientific and technological development for practical application to a new level; the work is striking in its novelty and marketability,” says Michael J. Cima, faculty director of the Lemelson-MIT Program. “His management of a team of young researchers focused on inventive work additionally establishes his ability to thrive as a role model, evidenced in the fact that every student to study in his group has gone on to pursue a creative technical career. This game-changing and inspiring type of inventor defines who we look to honor.” 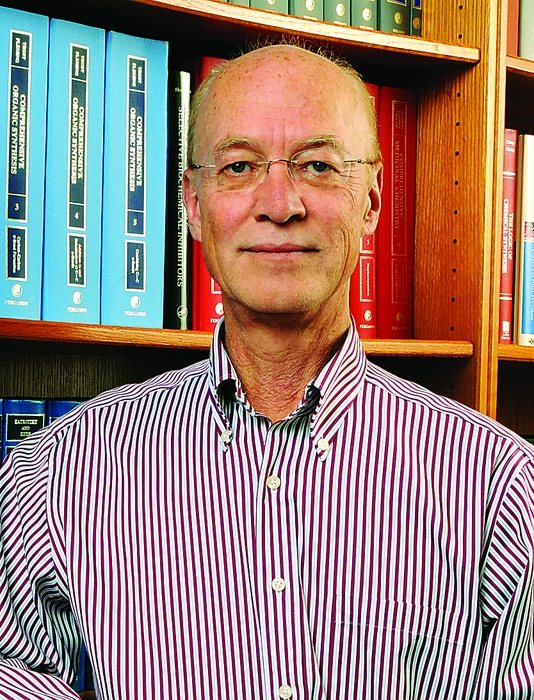 The lectureship is named in honor of Portoghese, editor-in-chief of the Journal of Medicinal Chemistry, and honors the contributions of an individual who has had a major impact on medicinal chemistry research.

Boger’s research is at the interface of chemistry and biology and involves the exploration of the biological properties of natural products with the goal of discovering new therapeutic targets. He will deliver a lecture during the fall ACS national meeting in Denver.

Amy E. Herr, assistant professor of bioengineering at the University of California, Berkeley, is the recipient of the Young Investigator Award in Analytical Chemistry, presented by the Analytical Chemistry Academic Contact Committee of Eli Lilly & Co. Herr will receive an unsolicited and unrestricted grant of $50,000, which may be renewed for a second year.

Her research is focused on developing new tools for quantifying complex biological systems. She combines innovative approaches from analytical chemistry, engineering, materials science, and biology to address questions in fundamental and applied science.

Judith H. Lachvayder, a chemistry teacher at Saint Ignatius High School, in Cleveland, is the recipient of the 2011 Award for Excellence in High School Teaching from the ACS Central Region.

Lachvayder has been teaching high school chemistry since 1971. She taught in the Parma City School District in Ohio for 35 years before moving to Saint Ignatius in 2003. In addition to her teaching, Lachvayder mentors students participating in extracurricular activities such as the Intel International Science & Engineering Fair. She has also been instrumental in improving teachers’ performance by leading and organizing many local workshops for teachers. Lachvayder was honored during the 42nd ACS Central Regional Meeting in Indianapolis in June. 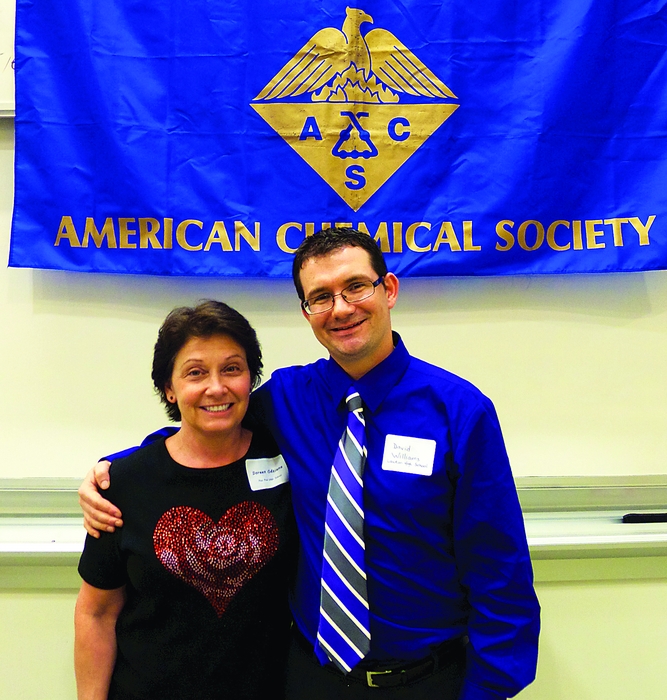 David Williams, a chemistry teacher at Lawton High School, in Michigan, was given the Outstanding High School Chemistry Teacher award by the ACS Kalamazoo Section.

“He is a remarkable teacher,” says Lydia E. H. Hines, councilor of the Kalamazoo Section. “It is very important in current times to teach students how to think independently and how to design experiments. The teaching style that Mr. Williams has adopted will enable the development of strong scientists who will be ready for carrying out independent research once they begin pursuing their undergraduate degrees.”

The ACS Division of Physical Chemistry has named the winners of two of its awards.

Michael A. Duncan, Franklin & Regents’ Professor of Chemistry at the University of Georgia, is the winner of the 2011 ACS Physical Chemistry Division Award in Experimental Physical Chemistry. The award recognizes his work on photodissociation spectroscopy to investigate the structure and bonding in metal atom clusters, metal cation-molecular complexes, protonated molecular ions, and carbocations. He will receive the award during the fall ACS national meeting in Denver. 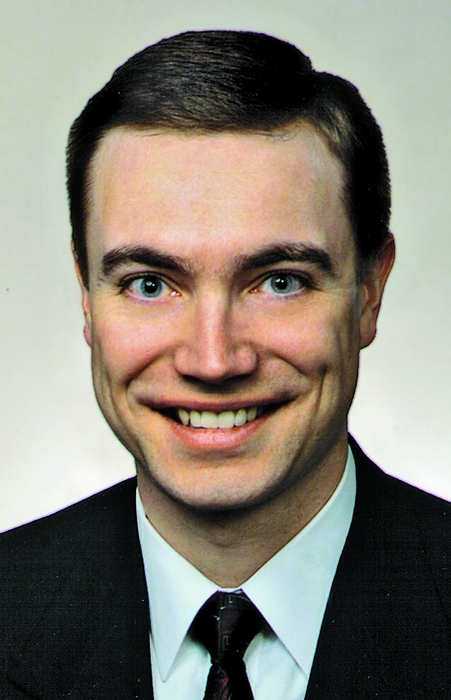 The award recognizes Hasford’s outstanding contributions and service to the division. He has served as chair, program chair, and secretary of the division, as well as its liaison to the ACS Committee on Patents & Related Matters.

Andrew D. Hamilton, vice chancellor at the University of Oxford, is the recipient of the 2011 Izatt-Christensen Award, presented at the International Symposium on Macrocyclic & Supramolecular Chemistry. The award, which includes a $2,000 honorarium and an engraved plaque, is given annually to recognize outstanding achievement in the fields of macrocyclic and supramolecular chemistry. Hamilton is being honored for his development of macrocycle-peptide conjugates for protein recognition. 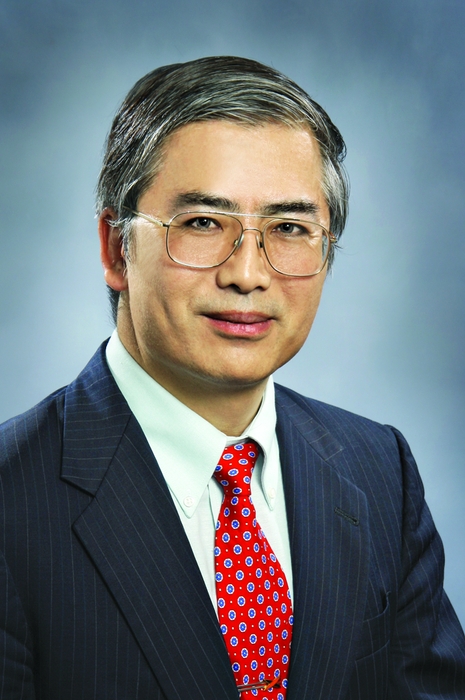 The award recognizes Song for his extensive contributions to research in petroleum chemistry. Song, who is also a professor of chemical engineering and associate director of the Penn State Institutes of Energy & the Environment, is internationally known for his contributions to clean fuels, catalysis, and CO2 capture and utilization research. Song will be honored during an award symposium at the fall ACS national meeting in Denver.

Aaron Wheeler, associate professor of chemistry at the University of Toronto, is the recipient of the Analytical Chemistry 2011 Young Innovator Award.

The award, sponsored by the journal and the Chemical & Biological Microsystems Society, recognizes the contributions of an individual who has demonstrated exceptional technical advancement and innovation in the area of lab-on-a-chip devices and digital microfluidic systems.

Wheeler develops hybrid methods that rely on the unique advantages of microchannels and digital microfluidics for high-throughput bioanalytical applications. He will receive the award in Seattle in October during the 15th International Conference on Miniaturized Systems for Chemistry & Life Sciences.

Amy L. Prieto, assistant professor of chemistry at Colorado State University, has been awarded the 2011 ExxonMobil Solid State Chemistry Faculty Fellowship, administered by the ACS Division of Inorganic Chemistry. The award recognizes significant contributions to solid-state chemistry by an untenured faculty member at a U.S. institution.

Nominations are being accepted for the Michigan Green Chemistry Governor’s Award, which honors industrial, academic, student, and nonprofit efforts to green Michigan’s economy.

The award will be presented by Gov. Rick Snyder during the 2011 Michigan Green Chemistry & Engineering Conference on Oct. 27 at the University of Michigan, Ann Arbor. Nominations are due on Aug. 5; applications are available at www.michigan.gov/greenchemistry.

Applicants are being sought for the 2012 National Chemical Technician Award. The award consists of a $1,000 honorarium and travel expenses for the winner and a guest to attend the 2012 spring ACS national meeting in San Diego, where the winner will be honored.

The nomination form can be downloaded at www.acs.org/ncta. Nomination packets must be received by the ACS Committee on Technician Affairs by Sept. 30. Questions may be directed to cta@acs.org.

Profiles
9 Black chemists you should know about
Obituaries
Obituary: Arthur D. Broom
Obituaries
Obituary: David A. Flanigan
Share X
To send an e-mail to multiple recipients, separate e-mail addresses with a comma, semicolon, or both.
Title: Awards
Author: Linda Wang
Chemical & Engineering News will not share your email address with any other person or company.