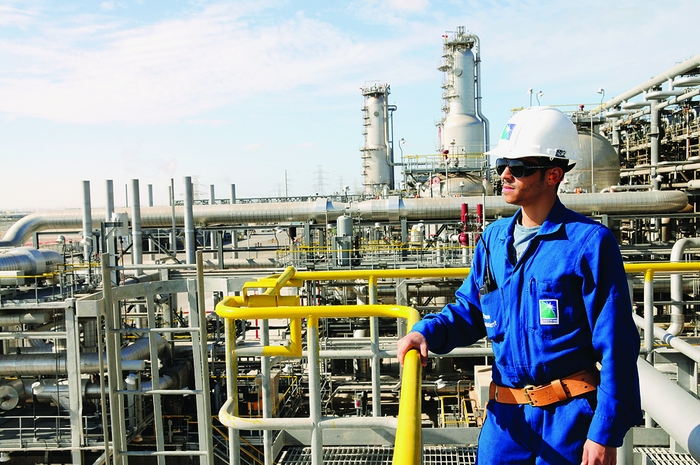 The joint venture, called Sadara Chemical, will consist of 26 manufacturing plants with more than 3 ­million tons of total capacity. It will be centered around a steam cracker that will consume ethane and other natural gas liquids from Saudi Aramco, as well as locally sourced refinery coproducts.

Construction of the plant will commence soon. “We have bulldozers moving to the site in two weeks,” Liveris told analysts on a conference call. Dow expects the cracker and the polyethylene units to start up in 2015, followed by the rest of the units a year later.

Sadara Chemical At A Glance

a Revenues are projected for annual results within 10 years of start-up of the joint venture. b Earnings figure is estimated on the basis of a 40% profit margin before interest, taxes, depreciation, and amortization.

Solvay will form a joint venture with Sadara to build a hydrogen peroxide plant in Al Jubail that will provide feedstock for the propylene oxide plant. Additionally, Dow and Saudi Aramco are planning an industrial park on the site where Dow intends to build a plant for its Filmtec reverse-osmosis water treatment membranes. Dow is also considering a polyurethane systems house, a gas treatment chemicals formulation unit, and a wire and cable resin compounding plant.

Dow and Aramco will have equal stakes in Sadara. In addition, the companies are planning an initial public offering for Sadara on the Saudi stock market by 2014.

Of the $20 billion price tag, about $12 billion is for engineering, procurement, and construction. The balance will cover expenditures such as start-up and financing costs. Dow expects the venture to rake in about $10 billion in annual revenues within a decade of opening.

The partners have been mulling a Saudi petrochemical joint venture since 2007. Last year, the companies switched the planned location from Ras Tanura to Al Jubail to take advantage of existing infrastructure. The original project included products that Sadara won’t make, such as ethylene glycol, vinyl chloride, and polycarbonate.

For Dow, the venture is a major step in its transformation from commodity chemicals supplier to maker of value-added specialty chemicals and plastics that are back-integrated to raw materials. In 2009, the company purchased the specialty chemical maker Rohm and Haas. It has divested commoditized operations such as styrenic polymers, polycarbonate, and, most recently, polypropylene (see page 18).

Sadara also enhances Dow’s presence in emerging markets. Dow will market nearly half of the joint venture’s output in Asia. “Sadara lies at the epicenter of our growth strategy, clearly situated to capture share in fast-growing end markets in emerging geographies,” Liveris said.

Steve Zinger, business director for olefins at the Houston-based consulting group IHS CMAI, notes that the project reflects the scarcity of new ethane sources in the Middle East today compared with a decade ago, when vast surpluses fueled a boom in construction of ethane cracker complexes making basic chemicals such as ethylene oxide and polyethylene. Newer projects tend to have a broader slate of both feedstocks and derivatives. “The 100% purity ethane cracker is probably a thing of the past in Saudi Arabia,” he says.