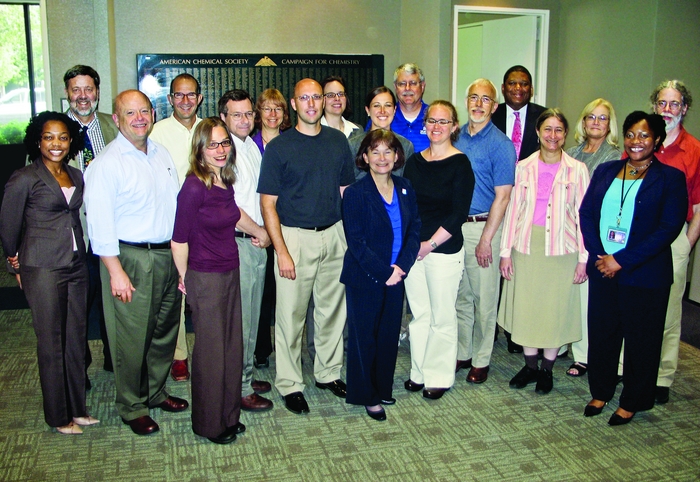 When the ACS Council meets later this month in Denver, it will vote on one petition, consider the fate of a probationary division and the combination of two other divisions, elect ACS committee members, and discuss safety in academic labs.

The council will vote on the “Petition on Position Statements,” which would amend the society’s bylaws to harmonize with provisions in the ACS constitution and regulations. A two-thirds vote of the council and subsequent confirmation by the ACS Board of Directors are required to amend the bylaws.

Two other petitions to amend the society’s bylaws are up for consideration in Denver, but they will not come up for action until the spring 2012 council meeting. The “Petition on Market Data Collection” would enable ACS to collect market data as a basis for assessing future proposals to change dues, benefits, or membership categories. The “Petition to Amend Recorded Vote Request Procedure” would clarify the rules governing requests for recorded votes during council meetings.

The full text of petitions for action or consideration and the associated committee reports are available for viewing or downloading at www.acs.org/bulletin5 (click on “Petitions”).

Other business before the council concerns three of ACS’s technical divisions. The Committee on Divisional Activities (DAC) has recommended that the probationary Division of Catalysis Science & Technology be approved for full division status. If the recommendation is approved, the council will also vote on proposed bylaws for the new division.

The council will engage in a special discussion regarding how ACS can best cultivate a culture of safety at U.S. universities and colleges. The discussion originated with the Committee on Chemical Safety’s efforts to assist academia in strengthening its safety culture, which began at the spring 2011 ACS national meeting. The committee’s desire to collaborate with other ACS organizations that have a strong interest in this area led to the formation of the Safety Culture Task Force. The council discussion will provide input for the task force, which intends to identify the best elements and best practices of good safety culture; identify academic institutions that are currently using these practices; and identify specific recommendations, tools, and resources that could be used by universities and colleges to strengthen their safety cultures.

The ACS Council meeting will be held on Wednesday, Aug. 31, in the Centennial Ballroom A-E at the Hyatt Regency Convention Center hotel in Denver. All ACS members are encouraged to observe the meeting, which starts at 8 AM.

Science education is under stress. The fields of chemistry and physics face “some shortage” of teachers at the secondary level, according to a 2009 report by the American Association for Employment in Education. Furthermore, numerous reports have cited the need for improved science, technology, engineering, and mathematics education for teachers. The 2007 National Academies’ report “Rising Above the Gathering Storm” identified the need to “increase America’s talent pool by vastly improving K–12 science and mathematics education.” One technique suggested in the report was to use scholarships to attract additional science and math teachers.

Participants discussed the roles, strengths, barriers, and opportunities for chemistry departments in preparing future high school chemistry teachers. Workshop findings and outcomes will guide the formation of an ACS-led initiative in chemistry teacher preparation, the Chemistry Teacher Education Coalition, which will be modeled after the successful Physics Teacher Education Coalition (PhysTEC). PhysTEC is a project of the American Physical Society (APS) and the American Association of Physics Teachers and is designed to improve and promote the education of future physics and physical science teachers. APS and the Association of Public & Land-grant Universities have actively advanced and supported ACS’s efforts to organize dialogue and activity related to the preservice preparation of future high school chemistry teachers.

ACS began its formal efforts in this area with a statement on preservice education passed by the Society Committee on Education in August 2009. Then-ACS President Thomas H. Lane solicited the support of chemistry departments, more than 100 of which have now signed onto this statement. By signing the statement, departments indicate their support for and commitment to the preservice education of K–12 science teachers, especially those who teach chemistry.

ACS hopes these collaborative efforts will help ensure that our teachers and students are prepared to excel in the 21st century.